[Startup Bharat] From the forests of Kodai, these two women entrepreneurs are bringing organic honey to your doorstep 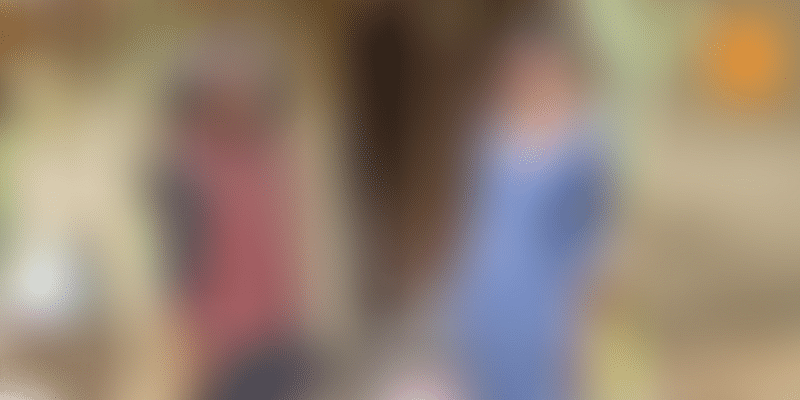 Kodaikanal-based startup Hoopoe on a Hill buys honey from Adivasi tribes and sells varieties online and offline. It is now looking to scale operations by hiring more women, and expanding its product range.

Nishita Vasanth and Priyashri Mani were facing a problem of plenty. Once again. In 2015, buying excess honey from the Adivasi community in and around Palani Hills led them to start Kodaikanal-based Hoopoe on a Hill, a startup that processes, packages, and sells organic honey and related products online and offline. Close to three years down the line, the duo were looking at a huge beeswax collection.

Priyashri says, “We were wondering what to do with so much beeswax. We weren’t interested in getting into the cosmetics market; there are already many players in the space.”

The founding duo did what entrepreneurs do. They innovated, “Around this time my cousin from Canada had sent me some really pretty beeswax wraps. We decided to venture into beeswax wraps next.”

Reusable, biodegradable beeswax wraps are gaining in popularity as an eco-friendly alternative to cling film and tinfoil. After several lines of experimentation, Hoopoe on a Hill launched their variety of beeswax wrap.

Currently sold on their website, the wraps are pieces of cotton cloth wrapped with lined beeswax, and can be used to store and transport food. Available in a set of three, large, medium, and small, the beeswax wraps are priced at Rs 390 a pack and come in different prints and colours.

But how did the Hoopoe on a Hill story start? It began when Nishita and Priyashri, who belong to Bengaluru, came to the region while they were working for a non-government organisation, Indian National Trust for Art and Cultural Heritage (INTACH).

“We were documenting the oral history of honey harvesting of the Paliyan tribes. They use traditional skills and knowledge to climb trees deep in the forest and harvest honey from beehives. It has been a cultural practice in the community for centuries,” Priyashri says.

The tribe, which sold honey to make money, asked the women if they wanted to buy the honey. Initially, the duo bought some and gifted it to family and friends. But soon, they found they had purchased a lot; this led them to consider selling the honey.

Named for the hoopoe bird, a frequent visitor at their home in Kodaikanal, the startup offers natural and unpasteurised honey. The founding duo began with offline retail by collecting the honey from the community and storing it in a small room in their house. They hired four women from the region to help them.

The honey offered depending on seasons, flowers, and the type of bee species that produces it. Presently, the varieties on offer include jamun honey (known for its medicinal qualities), multi-floral, eucalyptus, and the rare Cerana and Dammer types. The honey passes through the filtration process and is packaged in glass bottles.

Operating from a small town

While starting up in a town like Kodaikanal can seem romantic, it was wrought with several challenges. In the case of Hoopoe on a Hill, the logistics weren’t easy. With the Paliyan tribe of honey harvesters based out of Palani Hills, it made greater sense to set up operations in Kodaikanal.

“It would be easier to set up in Bengaluru, but then there is great value in building something from here. We now have six women employees with us; they manage all the operations. They are also learning to work on and operate the computer. Women in the region don’t have many options for work; men get day labour and wage labour jobs. We want to provide the women a sustainable and non-exploitable means of work,” says Priyashri. The women currently make Rs 7,000 a month.

The team has tied up with vendors in Bengaluru to source empty bottles and packaging, and Priyashri and Nishita travel often to ensure that operations run smoothly.

Since the region has two monsoon seasons, there are also two honey harvesting seasons. The tribes go deep into the forest for close to a week, harvest the honey, and bring it to the team. The team buys the honey from the tribe at Rs 450 to Rs 650 per kg.

The honey is then passed through muslin cloth three to four times to remove impurities. It is stored in large cans after filtration, and then transferred into glass bottles. The 500 gm jar of honey is priced at Rs 450 while the 300 gm jar is priced at Rs 290.

The advantages of a small-town setup

Logistics may have been a challenge, but one of the biggest advantages of starting up in a small town is costs: the rentals and labour are cheaper. Priyashri says they spent approximately Rs 5 lakh to Rs 10 lakh to set up operations.

Hoopoe on a Hill currently ships its products across India from Kodaikanal.

“We began collaborating with India Post’s parcel service. It is perfect for small-town business owners who have small scale. It is reliable, reaches the length and breadth of the country, and is safe,” Priyashri says.

In the near future, Hoopoe on a Hill is looking to scale operations by employing more women, and adding more products.

“We have recently introduced beeswax crayons, made with beeswax and food colouring. These are extremely safe for children. We are looking to add more innovative products,” Priyashri says.