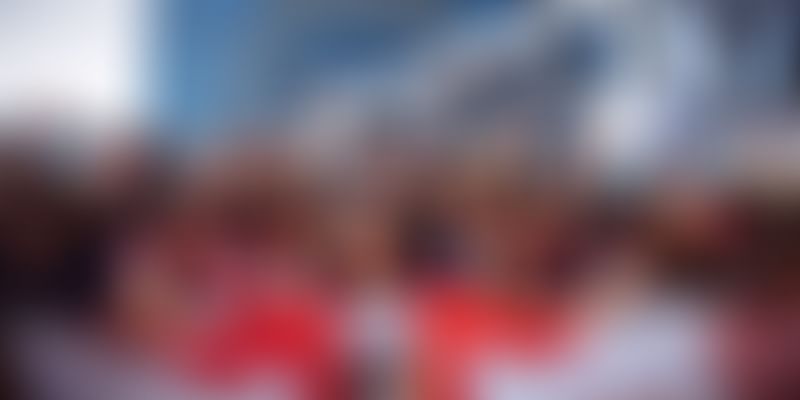 'YouTubers' is fast becoming an enviable tag, with content creators quitting full-time jobs and creating value for millions of internet users in India.

India’s YouTube stars are rushing against time just days ahead of the YouTube FanFest. The event, which takes the platform's biggest stars to live stages worldwide, is in India now. YouTubers say FanFest is “a lot of craziness”. So, chasing them down for conversations in the midst of their frenetic schedules was not easy.

"Mera abhi tak FanFest ka script likhna baki hai (I’m yet to write my FanFest script),” one of India’s most popular (and award-winning) YouTubers tells us.

“The last few days have been mad, you know,” says another, who’s been deemed ‘YouTuber of the Year 2018’ by a leading celebrity magazine.

“Sab achcha chal raha hai. Paise toh itne aaye YouTube se ki kabhi socha nahi tha (The going has been good. I never imagined that so much money could be made here),” says a veteran YouTuber, whose channel dates back to 2011.

We’ll come to the names in a bit.

YouTubers are thriving in India as the country’s most dominant video platform has allowed ordinary folks from different walks of life to pursue their passion (and sometimes even quit their jobs), rake in serious money by creating videos, and add value and entertainment to hundreds of millions of desi lives.

When we say ‘hundreds of millions’, we’re not exaggerating. In fact, KPMG projects India’s online video viewing audience to cross 550 million by 2023. Of this, 60-70 percent would be on YouTube.

YouTube already has 245 million monthly active users in India, and it reaches 80-85 percent of the country’s internet population. This makes India one of its top global markets. The company says more than 60 percent of its watch-time in India comes from outside the six metros.

Now, these are staggering numbers. And, we’re just getting started.

In 2014, YouTube India had only 16 channels with more than one million subscribers. Now, there are over 300 channels passing that milestone, and the platform claims it is adding two more almost every single week.

This brings us back to the creators, who are the biggest beneficiaries of this “astounding rate of growth”. “Content rahega toh log dekhenge, aur log dekhenge toh content bhi banega. (If there’s content, people will watch, and when people watch, new content will keep coming),” says Nisha Madhulika, who runs one of YouTube India’s oldest cooking channels, with 6.8 million subscribers. Nisha posts videos on Indian food recipes in Hindi.

The demand for Hindi videos has gone up significantly since the launch of Reliance Jio in 2016. In fact, overall online video consumption in India can actually be categorised into pre-Jio and post-Jio phases.

“I started posting videos in 2011. It was very niche then, and there were no returns. YouTubers weren’t taken seriously. But the platform started picking up in 2015, and later, Jio created a huge demand for (Indian) language channels. It is audience demand led me to start an additional Hindi review channel."

Geeky Ranjit posts unboxing, reviews, and comparison videos of latest smartphones, and counts more than 3 million subscribers across its English and Hindi channels. It has recorded a total of 500 million views.

Simply stated, the revolution YouTube has witnessed in India over the last three years has clearly been triggered by Jio — a fact unanimously acknowledged by all the creators YourStory spoke to — which made cheap mobile internet available on a platter. Some YouTubers started creating original content as late as 2017 but have already surpassed several million subscribers.

“A lot of this growth is coming from local, native Indian languages across genres. While genres like comedy, food, health and beauty continue to rise, we are seeing tremendous growth in uniquely Indian content like village food, farming, etc.”

So, who are those achieving YouTube stardom, the ripple effects of which are felt on other social media networks, in public places, and of course, at fan fests?

These people make YouTube videos for a living. They are mostly young and speak the millennial tongue. They typically put out three to four videos a week, and 12-15 a month. They write, edit, direct, and act out their own videos. They count millions of subscribers and a minimum of seven to 10 million views on each video.

They use Hindi liberally, and their videos usually centre on relatable, everyday things. Their audience is gender balanced, and geographically diverse. Most of these creators end up collaborating with brands not just on YouTube, but also on Instagram and other social networks.

And lastly, all of them earn handsomely from YouTube. No numbers are available because YouTube has non-disclosure agreements in place with content creators, but here’s something for context: in 2018, the world’s top 10 YouTube influencers earned $180.5 million off the platform, according to Forbes.

“Financially, there are no pressures. We are earning more than what people earn in their regular jobs,” shares an Indian YouTuber with over 7 million subscribers.

If you are on the internet in India, chances are, you’ve encountered these stars at some point.

Take Bhuvan Bam, for instance, whose BB Ki Vines is YouTube India’s second-most followed creator channel with 13.1 million subscribers. Bhuvan’s comedy sketches involving his family members (all characters enacted by him), hilarious takes on events, and funny brand videos are a rage. He is only 26 but could very well be India’s most renowned YouTuber across genres.

Funnily enough, Bhuvan started with Facebook videos. “I thought YouTube was only for Bollywood trailers and music. I didn’t know that individual creators could also post,” he says. “My Facebook videos were not getting much traction, and that’s when a friend told me to try YouTube because it had a bigger audience.”

Bhuvan posted his first YouTube video in mid-2015. It took him six to seven months to reach the first 100,000 subscribers. “Valentine’s Day 2016 was when things started changing,” he says.

Subscribers and viewership have grown exponentially thereafter. In 2018, he became one of India's first YouTubers to cross 10 million subscribers. His YouTube stardom has now translated into music and acting gigs, and recently won him a Filmfare award too.

Ask him if he’s ever had to explain his profession to his family back in Delhi, and Bhuvan recalls the time when “everyone thought ki yeh ladka toh behak gaya hai… ise samjhana padega (this boy has lost his way…he needs to understand better)”. Cut to the present, and he counts project offers from Netflix, Amazon Prime Video, and other content studios.

Unlike Bhuvan, who’s never held a formal job, Prajakta Koli (more popularly known as ‘MostlySane’) found success on YouTube after a failed gig as an RJ.

“I posted my first video in early 2015, when becoming a YouTuber wasn’t a thing. Influencer wasn’t even a term back then. In India, the market was tiny. But I didn’t want to go back to radio and didn’t have any alternative. So, I kept making videos."

It took her two to three days to get 1,000 views on the first video. Now, she gets 1-1.5 million views in a day on her channel, MostlySane, which has over 3.5 million subscribers and is one of the most popular ones in comedy and entertainment. “Earlier I’d use mostly English, but since 2017, I started using more Hindi in my videos, and the audience just lapped it up,” she says.

In 2018, MostlySane was among the handful of influencers chosen for the ‘YouTube Creators for Change Program’. Last week, she was anointed ‘YouTuber of the Year’ at the Cosmopolitan Blogger Awards 2018. She also recently made it to the Forbes India 30 Under 30 list 2019. She says,

“There is no way I could have seen this happening. When I started, I knew that if I got even 30K subscribers, I would be happy. But 30K is now 3 million and more, and with this digital revolution, it has become a viable medium. Because of YouTube, there are some fairy godmothers in my life.”

While entertainment content is almost a natural fit for a platform like YouTube, the most remarkable trends have emerged when it comes to utility and DIY videos. The company reveals that 71 percent of online video viewers in India “go first to YouTube to watch videos to learn something”.  So, be it a DIY beauty routine or an interesting new recipe, YouTube is India’s go-to place.

“A big chunk of my audience is young women from Tier II and Tier III towns; the technical language of make-up doesn’t reach them. So, we focus on making simple content on practical requirements.”

Shruti, who quit her IT job in 2013 to pursue her passion in beauty and fashion, is satisfied with content creation. She started her channel in 2015, and it has now grown to 5.2 million subscribers. “We saw a lot of potential from the start but didn’t know the number of people who would come to YouTube. Then, Jio launched and the viewership just went up,” she says.

Also Read: How telco partnerships spurred the growth of Netflix, Amazon Prime Video, ALTBalaji, and others in India

Family that YouTubes together stays together

TsMadaan’s eponymous YouTube page opens with an image of his family of four — all of them YouTubers, each with a different area of expertise).

The 54-year-old motivational speaker started his learning channel in 2013. It shares a variety of videos on “How to learn English quickly” to “How to lose weight” and “How to make Rangoli”.

His son Awal, who stars in several videos, tells YourStory,

“It looked cheesy in the beginning, but that is what attracted people. My father had the foresight that Hindi thumbnails would create an impact.”

That Indians consume online videos by the hordes is well-established now. BCG estimates India’s online video market to be worth $5 billion by 2023. And, YouTube is likely to occupy a giant share of that pie.

The platform is counting on India’s active internet user base of 390 million (of which 230 million are language users) to sustain its growth. India’s massive internet population has helped spur a thriving indigenous content economy that cuts across language, genres, demographics, and more.

And, YouTube has played the fine enabler. Satya says, “Over the years, we have invested heavily in growing and nurturing the creator community in India and are excited to see how Indian YouTube stars now go global.”