Fans that fit inside your brain: Atomberg pranks audience on April Fool’s Day 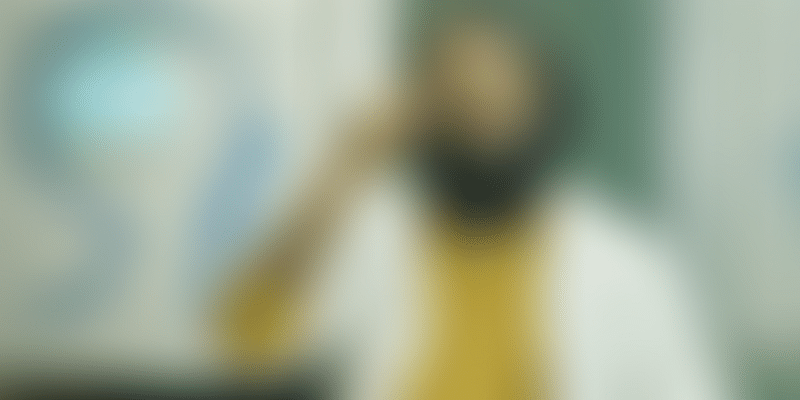 April Fool’s Day is a huge event for brands and marketers alike to engage with their audiences through pranks and quirky humour while also subtly communicating their message. And this was the perfect opportunity for Atomberg Technologies, a Mumbai-headquartered startup that manufactures smart and efficient motor-based home appliances. Atomberg, as part of its April Fool’s Day campaign, claimed that they had launched Atomic fans that could fit inside the human brain to provide cooling from inside.

The campaign #FutureKaFan conceptualised by BoringBrands, a new age communications agency, was built around a video spoof that depicted the product as ‘A fan that could fit in the human brain with a breakthrough in nanotechnology’. The objective was to position Atomberg as a brand synonymous with innovation and technology.  The video showcased how these high-tech fans could be fitted inside the human brain and activated by a simple tap on the head. The video also showcased the fan’s additional features which included anger management and zero-electricity consumption.

The company is currently busy working on launching a new lineup of smart Alexa fans. These hi-tech #FutureKaFan will be a great addition to Atomberg’s current portfolio of smart fans and will be available for sale in the next quarter.

Check out the video here:

"Round the year, all brands are focused on creating engagement with their consumers over serious announcements or issues. April Fools’ Day is the only day when we can take the liberty to introduce some fun and humour into our brand communication, and that is exactly the brief that we gave to our agency for the #FutureKaFan campaign. We wanted to pick up a narrative defining a slice-of-life situation and create a satire or spoof around it. Extremely excited at the appreciation we received, we are looking forward to engaging in more of such interesting brand campaigns in the future,” adds Sibabrata Das, Co-Founder and COO of Atomberg Technologies.

Aakriti Bhargava, Co-Founder and CEO, BoringBrands said, “The brief was to relate to everyday situations of consumers, and create a spoof around the same. As we do not reveal the prank, the video manages to maintain a level of curiosity and confusion amongst viewers, therefore helping us in creating buzz and sustain conversations on socials.”

Atomberg is a smart and efficient motor based home appliance company and is focused on making the lives of Indian consumers better through innovation and technology. They manufacture India’s most energy efficient fans known as ‘Gorilla’ fans.

The company was co-founded by Manoj Meena and Sibabrata Das - both IIT-Bombay graduates. The founders’ prior experience in BLDC technology led them to enter into the ceiling fans industry in 2015.

The company takes pride in its R&D capabilities, innovation & technology and its commitment to create revolutionary products for the evolved new age consumer. It has a fully integrated manufacturing facility at Navi Mumbai with a capacity of 50000 fans per month and over 300 service centres across India. These fans have more than a million users in India and are the best rated fans on Amazon and Flipkart.

The company has been recognised by the current Prime Minister, Narendra Modi and Niti Aayog as ‘Champions of Change’ in the startup ecosystem. It has also won  the Global CleanTech Innovation Program in Energy Efficiency from United Nations Industrial Development Organisation (UNIDO).

While Atomberg is on track to driving innovation in cooling solutions for India, it sure is heating things up for the competition.