How HolacracyOne wants to do away with managers and hierarchies, and empower teams and individuals 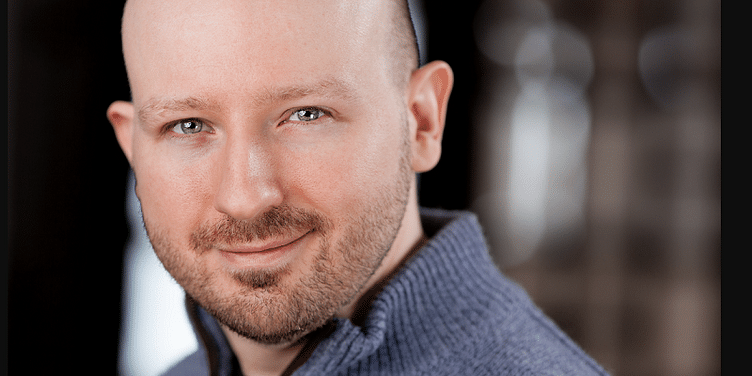 HolacracyOne is spearheading the practice of Holacracy, which aims to replace conventional hierarchies, forge an agile organisational structure, give more autonomy, and create a unique decision-making process.

Imagine a company with no managers. A company that instead of operating top-down, distributes power through the organisation, giving every team and individual the freedom to self-manage. All this, while still staying aligned to the organisation's purpose. Sounds Utopian? That’s the kind of working world Holacracy envisages.

HolacracyOne, the company spearheading the development of this method, was founded in 2007 by Brian and Tom Thomason and is based out of Pennsylvania, US.

Brian is also the author of the book Holacracy: The New Management System for a rapidly Changing World. In an interview with YourStory, Brian speaks about this modern concept of company management.

From college dropout to entrepreneur

Speaking about his background, Brian begins with an interesting nugget of information.

“I dropped out of every school that I ever walked into,” he says.

But his entrepreneurial skills were apparent since long. He began coding when he was only six years old, decided to drop out of college when he turned 16, and started working when he was 17 years old. He taught for six months, and then worked in the field of analytical graphics.

His roller-coaster ride, however, didn't end there. “I was doing software, but quickly realised that the biggest obstacle we faced was not in the code but in the human system,” Brian says.

While working in the aerospace sector during his stint at Analytical Graphics (as a software engineer initially and lead architect later), Brian was responsible for coding, designing, and developing a sizeable software tool.

“I soon realised that we did not need to upgrade technologies because the issue was not in the code. Politics, bureaucracy, status, ego, and hierarchy were getting in the way,” he says.

It is then that the techie decided to enter the management space.

The journey from programmer to manager

"I got very interested in managing and leading teams. How we organised the company fascinated me,” Brian says.“The way companies organise today does not facilitate change, quick adaptation to the world, and the kind of flexibility that I wanted. It made it really hard for employees to drive change. I wanted a company where anyone inside could drive meaningful change easily,” he adds.

Eventually frustrated with the system, Brian set up his own company to experiment with the ways a company could be run. And the concept of Holacracy was born in 2001.

For the next seven years, Brian continued to experiment with the idea, theory, and technique.

“It was a journey, but over the years of experimenting, we started coming up with a method that seemed to be different. But I never intended it to spread; it was my company's way of doing things. Soon, others started getting interested and it took a life of its own. People started using it and we named it Holacracy,” Brian says.

The Holacracy system, which is trademarked, has no managers and management hierarchy.

“However, it is highly structural. In fact, it is more structured than a management hierarchy,” Brian says.

Instead of managers breaking down the work and telling others what to do, Holacracy has a process in which every team engages in defining and clarifying how work should happen.

“Who's going to make which decision, who is expected to do what…Holacracy has a clear structure," he says.

Citing an example, Brian said that his role in HolacracyOne is that of a spokesperson. “I do interviews and a lot of talking at conferences,” he says.

Brian also works with another employee in his company, called the Casting Agent. The Casting Agent's role is to book him for talks. A Casting Agent has a lot of authority and autonomy. S/he chooses which conferences to negotiate with; the marketing team works together, builds relationships, and books Brian for a talk.

Once, it so happened that after negotiations were completed and a talk was booked, Brian did not want to go for it. “She (the Casting Agent) was frustrated and disempowered,” he recalls.

With Holacracy at play, the Casting Agent put forward her problem at the team’s governance meeting (held once every month).

“She said, 'I want to add an expectation on your role'. My role as a spokesperson has a list of expectations that are documented. I was expected to define and write down the criteria I used on choosing my engagements,” Brian says.

With those criteria, the Casting Agent could make her own assessment and not negotiate with the wrong people. “It took to two minutes to get that change in place,” Brian informs. Interestingly, Brian reveals that while he was the founder of the company, the Casting Agent was their newest hire and just out of college.

This shows that Holacracy is “not about status or ego, but about roles”.

The technique thinks of each agenda not as a topic to discuss, but as a tension to solve. “Each of these tensions are owned by the person that brought that in.”

The company, which has 20 employees currently, has different revenue streams: consulting, conducting trainings, licensing, and their software tool Glass Frog.

According to Brian, companies find about them through word of mouth.

A government agency in Dubai, the Knowledge and Human Development Authority, has adopted the concept. Others like David Allen Company, mobile payment platform Zapper, nutrition coach company Precision Nutrition, and Netherlands-based retail company Bol.com have also put the concept into use.

Holacracy is very new in India with only consulting company Calm Achiever, Bengaluru-based ILM Montessori, and real-estate company Vakil Housing Development adopting the idea. Brian has been conducting workshops and training employees of diverse companies to spread the idea in the country.

“We are looking for organisations that have leaders looking for new approaches,” he says.

Also read: How technology has changed the way the HR industry functions and what lies ahead