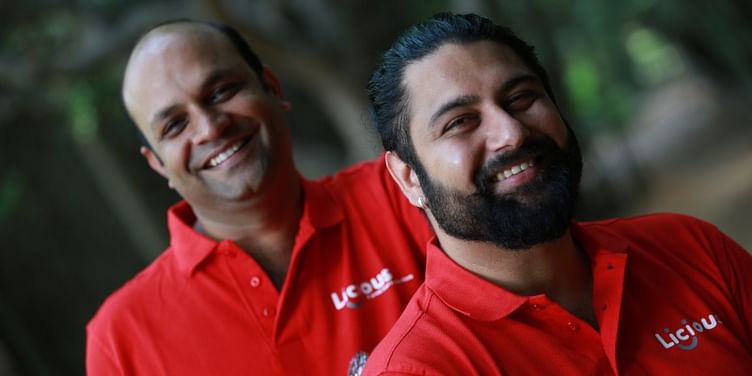 Started in 2015, online meat brand Licious now delivers 6,000 orders in a day and has an average basket size of Rs 700. We dug deeper into what keeps its customers coming back for more.

‘Would you travel 20 km for a paneer bhurji?’ asks Abhay Hanjura, Co-founder of online meat brand Licious. He points out how a meat-based dish (think biryani or kebabs) would have foodies traveling 20 km or more to try it out. “There usually is a more emotional response associated with meat,” he states.

It was the basis on which Abhay and former Helion Venture Partners Finance Controller Vivek Gupta decided to become entrepreneurs. They believe that meat is a product that evokes an emotional response and there wasn’t a player in the country who was organising the space to cater these cravings.

When we last profiled Licious, it had touched 1,300 orders in the first month and had raised seed funding. Today, it delivers an average of 6,000 orders in a day and has an average basket size of Rs 700. It has since raised over $65 million across four funding rounds and has also opened an automated factory in Hoskote, on the outskirts of Bengaluru, for its newly launched range of meat-based ready-to-eat foods.

In the first year of their operations, Licious clocked a revenue of Rs 1.47 crore, which has since zoomed to Rs 180 crore at the end of FY 2019.

‘India is a non-vegetarian country’

“We actually are a non-vegetarian nation. It is a myth that India is vegetarian,” Abhay says. He had the numbers to prove it: the Sample Registration System (SRS) baseline survey 2014 - released by the Registrar General of India - revealed that “71 percent of Indians over the age of 15 are non-vegetarian”.

India consumes meat worth around $30 billion every year and the demand is only expected to grow faster driven by economic growth, rising per capita income, urban trends, and a rise in the awareness of the nutrition provided by meat and related products. However, 90 percent of this demand has been primarily addressed by the unorganised market.

One friend told them that when he came to India, he turned vegetarian. When they dug deeper, they found that the market itself could be bigger, given that many people had concerns about the quality of meat available. It was then that they decided to build a brand of meat that would stand for quality.

Working on the farm-to-fork model

Of course, it was easier said than done. Vivek recalls sitting in his office at Helion and making plans to succeed by providing standardisation in a woefully unorganised market.

But when the rubber hit the road, they realised there was a lot of work that needed to be done. The supply chain was critical because the product is highly perishable. Aggregation meant the same "broken" experience where they could not be sure of quality or storage standards.

“We had to build a farm-to-fork framework that would work within a 24-hour delivery framework,” Vivek says.

“The experience goes back to the way the animals are reared by the farmers. Including how they are treated and fed,” Abhay adds.

Abhay says when anyone talks about food processing there is a lot of science associated with it, but that didn’t seem to be the case with livestock farmers. Especially, ones in the red meat industry. He explains the red meat sector is highly unorganised, and farmers hardly make any money in the process.  Licious, therefore, needed to bring in elements of technology to the supply chain processing.

“When we first went with our list of expectations to the supplier, the talk in the market was - there are two mad men looking to supply gold plated meat in the market. So the biggest challenge has been to get the right vendors,” Abhay says.

The approach is what got investors hooked, says Ben Mathias, Managing Partner at Vertex Ventures, which invested in Licious in September 2018.

“We really liked the fact that Abhay and Vivek wanted to build the business the right way - ground-up with a focus on unit economics. They did not want to grow GMV at all costs but rather wanted to go city-by-city in an organised manner that did not dilute the quality of their offering and minimised unnecessary cash burn,” Ben says.

“They had all numbers at their finger tips and had great clarity of thought in their business strategy and approach. We also spent time with the next-level team and were impressed by their passion and professionalism,” Ben adds.

Licious today has forged partnerships with 180 vendors, has 27 delivery centres, and an employee strength of 600. It has built contractual arrangements with large institutional meat vendors who are trained in managing livestock and meat handling techniques, according to international standards. It is also has the food safety certification - FSSC 22000 certified.

Licious also has over 300,000 customers, clocks at least 6,000 orders per day, and does 90 percent repeat business every month. In order to achieve this scale while maintaining quality and customer service, they had to build a supply chain, virtually from scratch.

It means working with the livestock farmers. The task began with setting iron-clad standards in terms of caring for the livestock, feeding, and breeding in a way that ensures the end consumer gets the best produce.

“The first thing we were told was it would cost us, and if we were to buy it at that cost and sell it to the consumer, the price point would be higher. But today, the consumer seems to want this ‘gold-plated’ meat,” Abhay says.

However, each type of livestock farming has its own challenges. Poultry farmers are a little more organised as compared with red meat farmers. “When you talk to a red meat farmer, you realise that you need to hand-hold them and even provide working capital support,” Abhay says.

Since the product is highly perishable and the delivery time ranges between 90 and 120 minutes, the cold chain becomes critical, as does demand forecast. This is where their algorithms come into play.

“When we say prediction of demand, it means that we are saying we are going to need four tonnes of chicken on a particular day, ” Vivek explains .

Today, the predictability engine works based on past sales. This is based on the traffic that comes on the website, what people are browsing for, what they are clicking on, how many times they got to see the product in stock or out of stock, the times it was added to the cart, and then checked out.

The  algorithms predict demand based on the data collected. That, in turn, determines the supply that needs to come into the warehouses from the farms.

Also read: ZappFresh and Licious are working on the meat of the matter - finding profitability

“The engine gets smarter with each data input,” says Abhay, adding, “The process lasts six months to a year. Currently, Bengaluru is the most efficient city with a wastage of three percent. This was at 40 percent when we started.”

To optimise delivery, the team worked on a model that no other ecommerce player follows. Vivek explains if you add some items in your cart that are out of stock, you can still place an order. In-stock items are delivered in 90 to 120 minutes, while the out-of-stock item is delivered the next day. “In the fresh (foods) industry, this is needed,” says Vivek.

The mistakes that set Licious apart

The fresh meat industry in India is worth Rs 180,000 crore with butcher shops (i.e. the unorganised sector) comprising 90 percent. The Indian seafood industry is also considered one of the biggest globally, exporting a wide range of products. From India, seafood products are shipped to more than 100 countries.

Abhay believes that digitisation of the market can also improve the value chain operation of the seafood industry.

Licious is not without competition. There already are several players like Easymeat, Zapprfresh, Freshtohome, and even online grocer BigBasket's meats segment.

Abhay and Vivek believe that what sets Licious apart is the fact that they control the complete supply chain. A simple example, Abhay says, is that they had initially outsourced their customer care service.

“One day, I visited the centre and heard the calls they were answering for Licious. And I realised that they didn’t know anything about meats or the product, and here we were thinking of building a large global meat brand and the customer service couldn’t answer basic questions. That day we took a call not to outsource anything,” Abhay says.

Even the delivery of the product is done by 400 delivery executives who are on the company’s rolls. Abhay says they are the people the consumers interact with – the first touch point - so it is essential they feel the brand and are a part of the system.

It’s a strategy that has paid off. When the Vertex team tried Licious themselves, what stood out was consistent quality. Ben says they knew that if they ordered something, they would get what they ordered, and it would be fresh and well packaged. There was a large variety of products to order, more than even an offline store. And more than anything, the order always showed up on time.

“This experience was consistently felt amongst the entire Vertex team that had become regular customers,” Ben says.

Speaking of their investment in Licious, Ben says, grocery is clearly the next frontier for digital-first commerce in India. “The fact that the product is highly perishable adds to the complexity. We realised that any company that builds out this supply chain will be in control of a valuable asset. Moreover, meat is one of the few unbranded categories in the consumer basket and with increasing the shift towards branded consumption there exists a large opportunity to build the leading brand in this sector,” Ben says.

While meat and fish traditionally been discretionary purchases, the frequency of consumption is increasing along with the increase in disposable income. The rising health awareness of protein-linked food is further driving consumption.

"Given the size of the market, we expect to see several brands emerge in this category, with Licious leading the pack,” says Ben.

Licious is looking to launch eight cities by the end of 2019, add more products to its packed food products. It has already launched operations in Mumbai and Pune.

“We want to build a food brand out of India, one that is loved and consumed globally,” Abhay says.

Also read: These startups deliver fresh fish and meat to your doorstep