Nykaa raises Rs 100 crore, and is now a ‘soonicorn’ 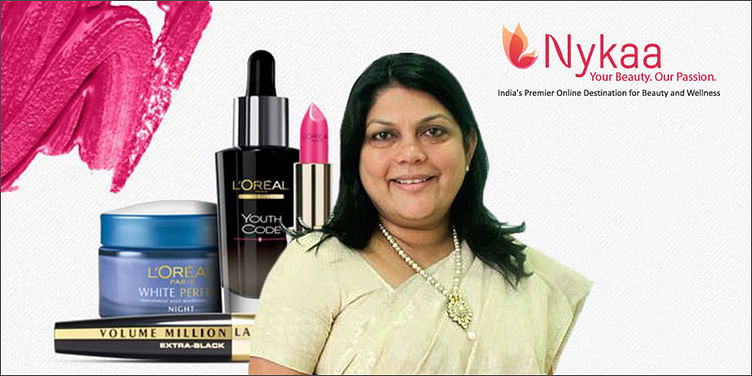 Mumbai-based online beauty platform Nykaa, which recently acquired 20Dresses, seems to be on track to becoming the next billion-dollar Indian company after raising Rs 100 crore from TPG Growth.

The last time Nykaa raised funding was in September 2018 when Lighthouse India Fund III, an affiliate of Lighthouse Advisors invested Rs113 crore. At that time, its valuation was around $500 million. It had also raised Rs 160 crore through primary and secondary shares sale last year.

In the latest round, Nykaa has sold 2,83,287 shares to TPG Growth, which has also invested in online ticketing platform BookMyShow, interior design startup Livspace, and online content platform Better India.

Akshay Tanna, Partner at TPG Growth, has said in a press release, "With its omni-channel presence, exclusive brand partnerships, high consumer engagement and well curated product lines, Nykaa has emerged as a disruptive force in the Indian beauty landscape in India. The company is well-positioned to capitalize on its leading position and we are excited to partner with Falguni and the team to accelerate the company’s already impressive growth trajectory."

Launched in 2012 by Falguni Nayar, who was previously Managing Director of Kotak Mahindra Capital Company, Nykaa competes with online marketplaces like Myntra, Purplle, Flipkart, and Amazon. However, Nykaa follows an inventory-led model and has its own private label in cosmetics and personal care.

Expanding its offerings, Nykaa last year launched NykaaNetwork, an interactive beauty forum where subscribers could chat with each other. It also launched the NykaaDesignStudio for apparel in designer and premium brands like Ritu Kumar and Masaba in 2018. Around the same time, Nykaa also launched

NykaaMan, an ecommerce platform for men’s personal care products in haircare, skincare, wellness, and sport nutrition, among others. It acquired members-only platform 20Dresses.com for an undisclosed amount in a move to further growth.

Nykaa claims to have touched revenues of Rs 570 crore for FY 18 and has been EBITDA positive.

Also read: Meet these 8 women entrepreneurs who have taken over the digital space