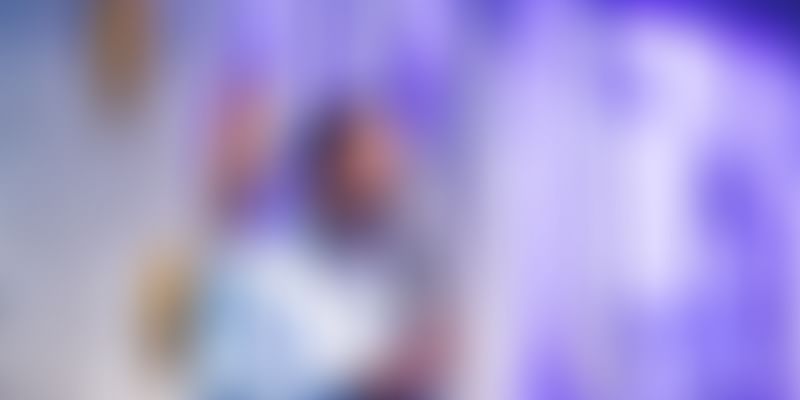 Sridhar Vembu hops nimbly on to the stage at the Kalaari Summit. Unlike other speakers, he doesn’t have an extensive PowerPoint presentation. Instead, the screen behind him shows a single slide of a knife slicing through a coconut. You wonder then, what this image has to do with a man who is responsible for building one of India’s most profitable software product companies, Zoho? Apparently, everything.

Sridhar had earlier come by train from Chennai despite having suffered a fall that had left him with a severe backache. Yet, he was there at the summit to keep his promise to speak and share his experiences. This proves that success and keeping your commitments are related to your ingrained habits in life. Sridhar is not your typical CEO. He shrugs off accouterments, and his simple attire gives you the feeling that he could be just as much at home as a professor in an academic setting as he is driving corporate decisions in boardrooms. It’s an unlikely image for a man who has built a multi-billion dollar company with no VC investments.

I have always believed that entrepreneurs are all about breaking myths, and Sridhar belongs to the hallowed hall of myth-breakers. I wrote to Sridhar, who is legendary among startups, SaaS startups in particular, to come and speak at the summit. He promptly responded.

Zoho is a superstar in the world of Indian startups — a veritable behemoth and SaaS unicorn that has withstood everything over the past 22 years and counting. Sridhar himself is an IT superstar, a product of IIT Madras and Princeton University, who has transformed Zoho into the country’s leading cloud-based business software provider. Zoho is a bootstrapped venture that started life as AdventNet Inc. Its transformation into a 7,000-employee strong company has been nothing short of remarkable.

But Sridhar is far from satisfied. He is a man who is driven by passion — a passion for creating unique products that truly resonate with the spirit of ‘Make in India’. When he speaks, Sridhar speaks lucidly, explaining complex concepts with simple examples.

Here then is the story of a man who connects the dots between a knife, a rice-planting machine, and an MRI scanner as well as building global behemoths out of India with the right focus on R&D.

The value of being curious

I am insatiably curious, Sridhar reveals. He can’t see a product without thinking of its make, manufacture, and margin! “It’s a bad habit of mine,” he grins. But curiosity is a trait that can serve you well in entrepreneurship — when you are curious about how something works and how it can benefit the masses or solve a problem, then you have in you the makings of a successful entrepreneur. For Sridhar, curiosity begins at the smallest level.

Picture him in his village in Tamil Nadu. It’s sweltering hot. The very air around that village seems parched. Thirsty, he feels like sipping tender coconut water. And that’s when he sees it — the farmer using a small knife to slice open the thick coconut. Sridhar is intrigued and baffled. Turning the blade over, he sees that the knife is made in Germany.

Technology from Germany being used in a small village in Southern India! You can almost picture the wheels turning in Sridhar’s mind. He says that the knife costs Rs 800. It’s most definitely not cheap. Sridhar doesn’t agree with the common perception that Indians buy cheap. Instead, he notes that Indians will spend if they see value in the product. And Sridhar wonders why we can’t make this kind of knife in India when a farmer is willing to spend that kind of money.

Back on screen at the summit, the image of the knife slicing the coconut is followed by the picture of a farmer using a rice-planting machine. And then, the picture of an MRI machine taken when Sridhar had to undergo a back scan in the US.

To a rapt audience, Sridhar points out the one thing in common with all these pictures — the

technology. The knife was made by Rena in Germany. The rice-planting machine was built by Kubota in Japan, and the MRI machine was manufactured for GE by Siemens. Sridhar is again bemused why we are not building this machine in India. GE is now flirting with bankruptcy in the US. “It’s not an accident,” Sridhar avers. “Basically, GE surrendered its technological prowess to Siemens, and the stock market eventually starts to reflect that.”

For Sridhar’s inquisitive mind, these three images serve to further his belief that R&D and technology-led innovation is the key to consistent and profitable growth as opposed to manufacturing-led growth. He gives the example of the automotive industry in Mexico. About 25 percent of the cars sold in the US are made in Mexico, he states. Yet, Mexico still has the tag of an emerging economy.

A product has two distinct halves according to Sridhar: the design, R&D, and the manufacturing. And it’s the R&D that interests Sridhar more. Manufacturing, he believes, is only going to get more automated in the future. But the value addition of technology is what separates a manufacturing superpower from a design-led superpower.

Sridhar talks of the Apple iPhone, which is made in China. Although the manufacturing base of the iPhone is in China, the country receives only $10 or $20 of the value of the iPhone, he says. This disparity between a manufacturing-led economy and technology-led one is something that Sridhar has been studying for the past 20 years.

“One of my friends tells me that most of the rice-polishing machines they use in his village come from Switzerland. And Switzerland does not even grow rice,” Sridhar says. The audience chuckles, but they see what Sridhar is driving at. “Think of it,” he implores. “The products I showed you are products that we Indians are buying. But no Indian engineer made money on this.”

Sridhar’s approach to business is simple: He looks at products in terms of their complexity. How many years of R&D went into designing a product? How many engineers worked on it? To develop world-class software, it takes at least 10 years, he says. The Zoho CEO cites the example of his own company to explain the time taken to build a product to global standards. “We actually started building spreadsheets about 15 years ago,” he says. Given the time it takes to build and develop a product, Sridhar worries that India is not developing or building a strong R&D base.

“I promise you that if you want to make that knife, it will take you three or four years. The knife is a perfect metaphor for what we have to do in this country. Our GDP will not go to $20 trillion unless we figure out a solution to this problem. We have to engineer our way out of this. We can’t just finance our way out of this.”

According to Sridhar, there has to be a fundamental shift in the Indian way of doing business, which is restricted to buying and selling. That is a taut and tight field to play with during these days of shrinking margins. But Sridhar believes that the durable edge of business only comes from R&D.

It’s a belief that has spurred Zoho into creating a suite of world-class apps. Sridhar credits the company’s growth over the last 22 years to what he says is the result of continuous effort on R&D. Zoho is investing heavily in areas such as semiconductor technology, medical equipment, and programming languages, and has a 500-strong R&D team.

Sridhar’s heart also beats for India’s villages — in interviews, he frequently speaks of empowering the country’s vast rural populace. He was born in a village called Umayalpuram in Tamil Nadu, and has never forgotten his roots. Zoho Desk was, in fact, launched from Tenkasi, a small village near Tirunelveli, where Zoho has an office. “You have to build the cultural and institutional know-how. Build cultural capital before you get financial capital. Many times, we put the financial capital first. But your returns won’t come if the R&D capital is not there.”

In India, Sridhar continues, “even before we build cultural capital, we globalise ourselves.”

“In the next year, I predict that our office suite will be much more powerful than Microsoft Office. The reason is that we are building up that R&D capital. It’s a painstaking process, and it’s the only way I know how to build companies — through painstaking capital build-up.”

Observing Sridhar and Zoho’s growth over the past two decades, you sense that he has an almost intuitive understanding of the future, an intangible foresight into the complexities of that future. It’s that foresight that made him build a SaaS-based platform like Zoho when it didn’t look like India was anywhere close to adopting that technology. For Sridhar, the context for building Zoho and its unique culture is India itself — an India that he believes hasn’t reached its immense potential. With relentless curiosity and zeal, Sridhar showed during his talk just what makes him constantly explore the boundaries of building world-class, scalable businesses.

And after he stepped down from the stage and the screen behind faded away, you wonder if you will ever look at a knife in the same way again…

Parts of the speech have been edited for clarity and flow.

At Kstart and Kalaari, we are committed to playing an active role in fostering India’s entrepreneurial ecosystem, and this year’s Kalaari Summit focussed on the theme ‘Hindustan Hamara.’ Share your views on what ‘Hindustan Hamara’ means to you with me @vanikola on Twitter and LinkedIn.

If you are a founder with ideas that are uniquely Indian, we would love to collaborate. Reach us at team@kalaari.com.

This article was previously published here

(Disclaimer: Kalaari Capital is an investor in YourStory. The views and opinions expressed in this article are those of the author and do not necessarily reflect the views of YourStory.)