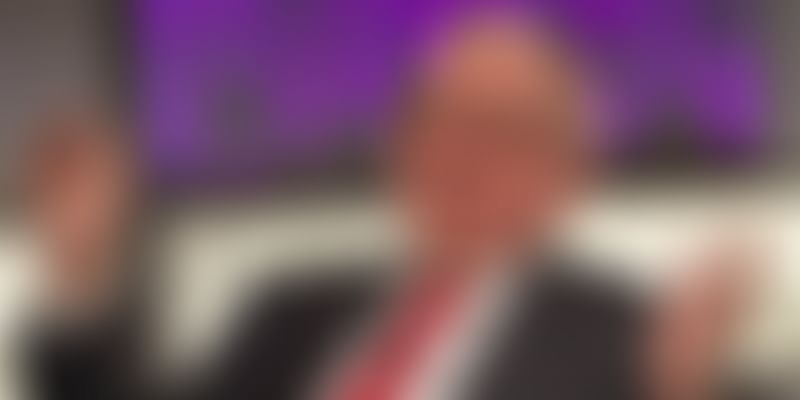 "We just sat there sucking our thumbs... we screwed up (by not investing in Google)," says Warren Buffet's business partner Charlie Munger at the annual Berkshire meeting in Omaha.

Charlie Munger, business partner of billionaire Warren Buffett, said the two are "ashamed" of not having invested in Google, which has become one of the world's most valuable companies.

Buffett's Berkshire Hathaway empire, of which Munger is vice president, recently bought a stake in Amazon and has a $40 billion stake in Apple, but has generally steered clear of the technology sector.

"We are ashamed," Munger, 95, told a shareholder at the annual Berkshire meeting in Omaha, when asked about the absence of an investment in Google.

"We just sat there sucking our thumbs," Munger said. "We screwed up," he said, without indicating whether Berkshire Hathaway aimed to catch up now.

Last month, Google's parent Alphabet reported revenues of $36.3 billion for Q1, this year, missing analyst estimates by over a $1 billion. In addition to this, Alphabet's revenue growth -- 17 percent year-on-year -- has been the slowest since 2015.

Last year, Alphabet had grown its revenues by 26 percent this quarter.

Even though revenues climbed, quarterly profits dipped a significant 29 percent to $6.7 billion. The sluggish growth is a direct result of declining ad sales as Google faces competition from other quarters, namely Facebook and Amazon.

Quarterly growth was further impacted by the hefty anti-trust fine of $1.7 billion that Alphabet had to pay the European Commission. The company's shares tanked 7.3 percent following the earnings announcement, eroding more than $60 billion off Alphabet’s market cap.

However, Google's Chief Financial Officer Ruth Porat played down the performance, saying "robust growth" in the quarter was led by mobile search, YouTube ad revenues, and the cloud computing business. She added, "We remain focused on and excited by the significant growth opportunities across our businesses."