The Facebook SheLeadsTech community celebrated two years at an event filled with learning, motivation and empowerment 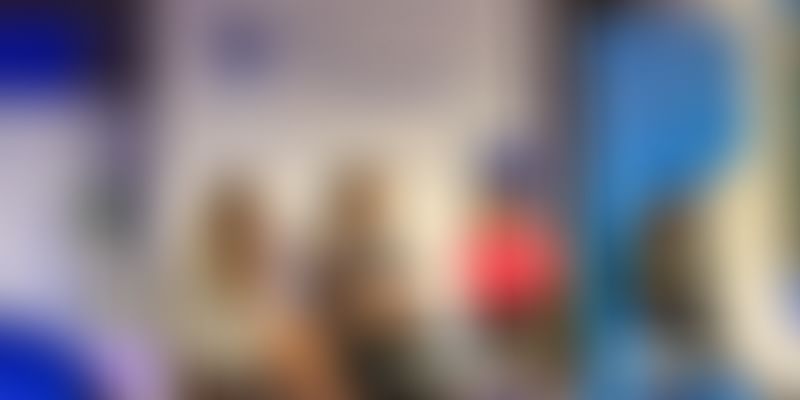 YourStory is the outreach partner for SheLeadsTech from Facebook

When women succeed, we all win. That was the theme of Facebook’s SheLeadsTech Annual Summit, held on April 25, 2019, celebrating two years of encouraging women entrepreneurs in India. Since its genesis on Women’s Day in 2017, the SheLeadsTech (SLT) community has grown to a thriving platform with 596 members across 87 cities and 67 verticals. As the conference hall at the Oberoi Hotel in New Delhi filled to capacity with women from all over the country, the mood was upbeat as the entrepreneurs had the opportunity to finally meet other members they had networked with online, interact with mentors and VCs, and be a part of exciting panel discussions and masterclasses.

Delivering the opening address of the day, Satyajeet Singh, Head of Platform Partnerships - India & South Asia explained why Facebook initiated this programme for women entrepreneurs saying, “The startup ecosystem in India has been growing at a rapid pace, and entrepreneurs and startups have been powering this growth over the past few years. They are growing their businesses across borders and leveraging the latest technologies. The only thing missing so far had been diversity and inclusivity.”

He then spoke about how the SLT program was doing its part to enable this growth. He said that the five pillars of the SheLeadsTech program were Mentorship, Online AMAs, Meetups, Community, and Resources. He thanked the mentors and industry leaders who had encouraged the community members and supported them on this journey, adding,“I think the biggest strength of this program is this community of women entrepreneurs, at different stages of growth and different verticals, who are trying to help each other and bring everyone ahead.”

Satyajeet also spoke about the various initiatives that Facebook has for women including trainings for girls in rural areas (GOAL), hackathons for women in AI, meet-ups for women developers as well as Facebook’s scaled program to support women entrepreneurs, SheMeansBusiness. “We are optimistic, committed and excited to contribute to this journey. And we hope to get support from a lot of you, because it's a long way ahead. And this journey is just 1 percent finished,” he said in conclusion.

He then invited Shelley Thakral, Head of Policy Programs (India, South Asia and Central Asia) at Facebook for a fireside chat with Anna Roy, Senior Adviser, NITI Aayog, who also leads the Women Entrepreneurship Platform (WEP). Shelley opened the discussion by asking Anna about her views on what technology meant for women, her career and gender bias at the workplace.

Anna responded with an anecdote that she says, set the tone for her transition from the private sector to a government job. “When I started in the Finance Ministry in the early 90s, I felt I had to prove myself as I had come from the private sector. And I was working like a fresher. At the time, a member of my clerical staff told me that I should tell my boss that I was a lady officer and could not put in long hours. I was so naive at the time that I took their advice. When I told my boss, he simply said, ‘here you are either a lady or an officer. Somehow that has stayed with me till date.’ She counts herself as lucky to never have faced any biases or discrimination, but also acknowledges, she is an exception to the rule.

Anna also added that she was guided by her mentor, who encouraged and put her on the right path to growth and taught her to avoid common mistakes. “I owe my success to the guidance I got from him.”

She is now paying it forward by mentoring others. “Sometimes, all you need to do is reach out and give them a nudge, a little bit of confidence. Mentoring is also about recognising people's strengths as well as people's weaknesses.”

Speaking about the WEP, she said, “It is a platform, an aggregator that focuses on various initiatives by governments, NGOs and Corporations, and brings all these initiatives to one place. It creates visibility, connects people and communities and is even accessible offline.” Roy said that there was a huge information gap, citing an example of how many startup founders were not aware that they did not have to pay taxes. She also said that growth was happening in silos and that there was a need for more of a connect between organisations to ensure that everybody scaled up together. “At Niti Aayog, we are trying to integrate the various state websites for startups onto WEP. It’s an uphill task as many want to have their own space. But we are trying to share the information that people need in a seamless manner and not just direct them to other links.”

She invited all the attendees and Facebook to bring SLT onto WEP, so that more entrepreneurs could participate and further their dreams. “We, in this room, are the lucky ones. There is a larger population out there that will never have the opportunities we have and cannot make a choice. It’s important to listen to your heart.”

Women in the power seat

The first panel discussion of the SheLeadsTech summit 'Guts, Glory and Gumption' saw Kanika Tekriwal of JetSetGo, Anisha Singh of MyDala and Shradha Sharma of YourStory in conversation with Sue-Anne Shuyan Chng of Community Partnerships, Facebook.

In her opening remarks, Shradha said that it was important for women who talked about sisterhood to walk the talk and show up for each other. Singh, who has recently founded and early-stage fund for women-led startups noted that it was heartening to see so many women in entrepreneurship and how much the space has grown since she started. “It was very exciting to be asked to be a part of this panel. I am a big fan of women who champion women.”

Speaking about the challenges and setbacks she had faced, Anisha said, “There are so many that happen to all of us every day. I thought being a venture capitalist was like being on Lifestyles of the Rich and Famous, but it’s really hard. But it’s also exciting, and the challenges change every day.”

Kanika said that the one lesson she learnt the hard way was to only look within herself for validation. “People assume that once your business is off the ground, things are easy, but growing is much harder than founding a business.”

Shradha said she was okay with challenges as the benchmark for success was a shifting goal post that would keep moving further away. “I would say being taught to be nice while growing up was the biggest setback for me. It’s important to stand up for yourself. No one else will do it for you.”

When asked what their advice to women entrepreneurs would be, Anisha said, “One of the things that's really important is just to realise that mentors are not people who are doing something great or different. Mentors can be colleagues that you reach out who give the right advice.”

Kanika said, “When I wanted to start-up in aviation, people asked if I wanted to be part of cabin crew or a pilot. Nobody understood why I wanted to do this. Even today, at an airshow, I am still asked who I am accompanying or if I was there to introduce my boss, as I am often the only woman there. But I have also found support in the most unusual places from other women, who can be the strongest pillars to each other.”

Shradha said it was important for every woman to first commit to be there for herself. “The second is not to instantly judge other women for their choices and to be a little more compassionate to ourselves and the women around us.

When asked what was holding women entrepreneurs back, Shalini cited lack of self-belief and toeing the line on what many had been brought up to believe was their path by family and society. “But with platforms like these, perceptions are changing.”

Speaking about how women entrepreneurs could leverage their strength, the panel was unequivocal in their view that women should leverage inherent qualities like the ability to multitask, a higher EQ and empathy to their advantage in business.

Regarding the best practices a mentee should adopt, Aditi said, “It's important to close the loop following advice from your mentor, and letting them know if the advice worked. It’s also important to have the right expectations and see it as a long-term journey; and to follow up and hound the person till you get a response.”

Shaini felt that it was important to first understand what kind of mentor you wanted and what challenges you need help with and to set the right expectations. “A mentor is not there to fund you or provide solutions. They are there to help you think through things. You need to be invested in that relationship and not treat is as transactional.”

Sumeet agreed, adding, “Many people think that they need one mentor only and that’s a common mistake. One person can't always solve every problem and different people add different values at different stages of your growth.”

When it came to raising investments, the panellists said that investors were looking for a product with a clear value proposition and entrepreneurs who knew their customers.

A platform for growth

The panel discussions were followed by a startup showcase where six members of the SLT community showcased their innovations to the audience. They were Sai Gole of Lean Agri, Arushi Sharma of Swajal, Pallavi Jain of Instalocate, Malika Sadani of The Mom’s Co, Ayushi Gudwani of FableStreet and Tarun Dhamija of Baby Destination, who talked about their entrepreneurial journeys and the impact that they had made.

The showcase was followed by a masterclass by Rutuja Kagwade Developer Products at Facebook, who spoke about how to build a business using Facebook tools and products; a second session by Bansari Vyas, Business Head, Travel, Banking & Financial Services at Facebook, who spoke about to how to leverage the Facebook platform to grow your business focused on user acquisition and marketing. The third and final session was by Neeraj Khushwaha, Publisher Solutions and Monetization, who spoke about how entrepreneurs can monetize on Facebook’s family of apps.

The day ended with a high-tea where all the entrepreneurs had the chance to network and meet with their peers, mentors and members of the SLT community and Facebook.

I spent a fantastic day at the SheleadstechIndia event by Facebook. I met and heard some really amazing women entrepreneurs. I was struck by their clarity, the self-belief and a stream of conversation, which was incredibly bullshit free,” says Amita Malhotra Lalwani, Founder, EqualiTee, India's first gender-cool merchandise brand that challenges gender stereotypes among children.

Her opinion was echoed by Payal Pallavi Bharadwaj, Head of Content, SHEducation, who said, “It was a great productive day!! Thank you SheLeadsTech India for turning us into an empowered community!