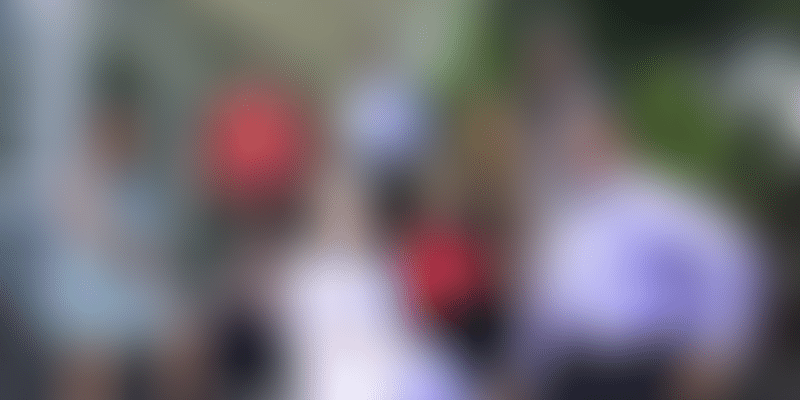 Online booking platform EazyDiner guarantees a restaurant reservation in 18 seconds; now present in 12 Indian cities, the startup’s collaborations with Google and TripAdvisor will help it grow restaurant discovery and reservations.

Waiting in line for a table at that popular Japanese restaurant isn’t exactly how you want to spend Friday evening, is it?

Enter EazyDiner, which promises a guaranteed reservation within 18 seconds at over 6,000 restaurants.

The startup, launched in 2015, began with 350 diners in the first month; in four years, the platform has over half a million diners and is present in 12 Indian cities and in Dubai, UAE.

EazyDiner was founded by Vir Sanghvi, the former Editor of Hindustan Times and well-known TV anchor and food critic, and hoteliers Rohit Dasgupta, Sachin Pabreja, and Shruti Kaul. Kapil Chopra, ex-President, The Oberoi Hotels, is associated with EazyDiner as the Chairman.

On the menu: meals with deals

More and more Indians are eating out these days. As many as 440 million millennials make up 47 percent of the workforce; they are said to spend close to 32.7 percent of their income on entertainment and eating out. Tapping this hunger, EazyDiner is India’s first online restaurant reservation platform that ensures “no meal without a deal”.

India doesn’t have a culture where tables are booked in advance. “We are used to waiting in line, stepping out early to get a table at a restaurant, or going through the cumbersome process of calling the restaurant in advance,” Kapil says.

The team decided to incentivise the consumer to change this behaviour. Incentives are in the form of meal enhancers like a free dessert or starter or a dish, which also add to the total offering of the EazyDiner free for anyone to use.

“Our users have told us that it helps them save time and money, and gives them the convenience of not having to call and wait anymore,” Rohit says.

Explaining the process, Kapil says, “We ask restaurants what they can give the consumer for booking in advance. The whole idea of table booking also helps restaurants optimise space and, in turn, their revenues.”

The EazyDiner team got validation when TripAdvisor reached out for a strategic alliance to power the restaurant ‘tab’ on their website and app, enabling 500 million registered users of TripAdvisor to make an instant guaranteed reservation at any restaurant in India, no matter where the user was.

“The traveller could be Barcelona, New York, London, or even in Japan. But three taps on the smartphone confirm a reservation at a chosen restaurant. This alliance also gave us restaurant user reviews, which TripAdvisor shared with us, and vice versa. This made us the biggest platform for user reviews even in India in addition to our unique content of three insider tips,” Kapil says.

Speaking of their tie-up, Nikhil Ganju, Country Manager, TripAdvisor India, says TripAdvisor empowers users with insights to make informed travel choices with a high level of confidence that they will have a positive experience.

Googling their way ahead

This was followed by Google, the world’s largest search platform, integrating with the app to enable Google users to make an instant reservation at a restaurant they were searching on Google.

“We have gone live in the 12 cities we are present in and added 78 more cities in India through this integration. In this new initiative by Google, called ‘Reserve by Google’, which is a worldwide project live across all countries, we are the exclusive partners on no commercial value or terms,” Rohit says.

EazyDiner has a real-time live inventory at all restaurants to guarantee a smooth and efficient user experience. Anyone searching for a restaurant on Google, be it India or Dubai, can make an instant reservation without going to multiple websites to find availability or multiple pages to find a contact number.

Integration is also being launched on Google Maps and Google Explore; an official announcement from Google is likely in July. This will enable users to search and explore restaurants through EazyDiner.

Google is also using curated content on the best places in various food genres, which are put together by 13 of EazyDiner’s critics in each city under Vir Sanghvi and not compilations done through algorithms. Currently, this is work in progress.

The platform currently has different stores of revenue. Restaurants pay EazyDiner for every diner that books a table; there are also advertisements, and a prime subscription model, which guarantees minimum 25 percent and up to 50 percent discount at over 1,400 restaurants in India and Dubai.

The team also has a CRM software model for restaurants for table management.

The restaurant and table booking space has seen booming activity in the past year. Zomato became another player in the segment with the acquisition of the US-based NexTable, a restaurant reservations and table-management platform. The new service is called Zomato Book.

But EazyDiner, which has been awarded the 'Best Table Reservation Platform in Asia and India' by World Travel Awards in Hong Kong, isn’t worried.

“We believe we have just scratched the surface of the table booking space and there still is a larger market out there that has to be cracked,” Kapil says.

With YWC Fashion, cricketer Yuvraj Singh tells the world to ‘get up and be healthy’