How entertainment startup Jadooz is bringing the multiplex experience to Bharat 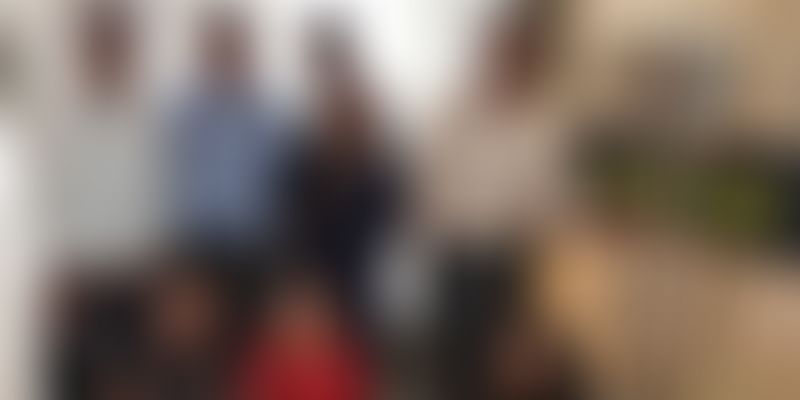 Backed by actors Shobana and Ravi Kishan, Jadooz is taking the multiplex-going experience to Tier II and III towns at affordable prices. The startup recently raised seed funding of Rs 1.85 crore led by Artha Venture Fund, and is building 15 new centres in India and Nepal.

Rahul Nehra’s work and education took him across the globe, but he soon realised that there was a stark divide when it came to entertainment and edutainment in his hometown, a village in Western Uttar Pradesh. This one thought led him to start Jadooz.

With the aim to be the entertainment destination for the next generation across urban, semi-urban, and semi-rural India, Jadooz’s entertainment centres are located in Tier II and III towns. They comprise a 50-80 seater cinema, a VR café, and an edutainment point. The convenience of location and affordable prices provide an unparalleled value proposition for the consumer.

“The key challenge was to redefine technology, infrastructure, implementation, management matrix, and meet executional deadlines to achieve a superior experience at a fraction of the cost. This was achieved by building new technology, rightsizing existing options, creating designs from the ground-up (including copyrights), and driving executional excellence,” Rahul says.

‘Being an entrepreneur is nothing like being an employee’ – 50 quotes from Indian startup journ...

Roping in Shobana and Ravi Kishan

For a few months, Rahul worked alone but he says his ‘Eureka’ moment was the first time he set a projector cranking in a small village in UP. “The joy I felt watching every face in the audience light up when King Khan appeared on the big screen is unforgettable,” he says.

He soon bounced the idea to actor, dancer, and Padma Shri awardee Shobana, and Bhojpuri superstar and Member of Parliament Ravi Kishan.

Rahul recalls their reaction: “This could be game-changing if you can pull it off.”

He adds, “In a matter of weeks, Founder of Kiora Prasad S.S.V and VR guru Rajat Ojha became believers, and started driving and defining technology and VR for us. As this was unfolding, Kanika Singal, who was instrumental in making our first village prototype, joined us full-time as co-founder and investor. Alignment was never a challenge as we all shared the vision and conviction to ‘change lives’.”

At present, Jadooz has 20 employees across five locations in India and Nepal, and has raised seed funding of Rs 1.85 crore led by Anirudh Damani, Artha Venture Fund.

Speaking of the funding, Anirudh says,

"Bharat dwellers want an urban theatre-going experience at affordable prices and at more convenient locations.  Jadooz is catering to that demand by building smaller theatres with a world-class movie viewing experience in Tier II and III towns. Their cinemas, cafés, and VR zones are all up to urban standards. We see a big business opportunity in satiating this unaddressed demand, which is why we have decided to back Jadooz.”

The startup has its own secure content distribution network that is run from the Mumbai Network Operating Centre. The content is then delivered through IP, satellite, and Jadooz’s secured drives. The in-house team manages all zones. The audio-visual experience is customised as per the space. There is a powerful AI-based billing, and the advertising engine promotes Jadooz across zones.

Rahul adds that the team has built a secure distribution system - Jadooz Secure Content Distribution System (JSDT). This comprises a Merdan-audited content protection systems, AI-based recommendation engines, Jadooz-designed players at the theatres and zones, and a secure app. It also has a centralised VR delivery network and reporting mechanism. Additionally, the zones are controlled by surveillance and real-time access.

“We can build the infrastructure in three weeks and at a price ranging from Rs 10- 22.5 lakh. The model is a franchisee-owned company operated (FOCO) model with a franchisee ROI of 24 months,” Rahul says.

A family of four can now watch a movie, have some chai nashta, and experience VR for a total of Rs 500 only, compared to spending Rs 2,500 for the same experience in most metro cities.

In many ways, Jadooz competes with the likes of PVRs and Inox. However, the startup’s focus is giving a movie and multiplex-going experience in Tier II and III cities, which Rahul says "very few large operators provide".

“We aim to bring entertainment and education to the doorstep of 50 crore consumers across 25 countries. In five years, we would like to have 5,000 zones and an annual turnover of Rs 5,000 crore,” Rahul says.