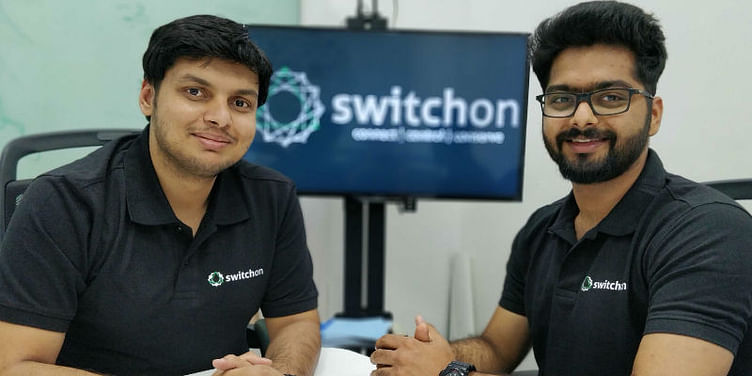 Founded by Aniruddha Banerjee and Avra Banerjee in 2017, SwitchOn will use the funding amount to strengthen its edge-compute architecture, expand its team, and increase market adoption in India and other countries in the EU and APAC region.

Bengaluru-based SwitchOn, an edge-AI enabled Industrial IoT company, today announced that it had raised $1 million in a seed round of funding led by pi Ventures, the AI, IoT and Blockchain-focused early-stage venture fund. Along with pi, Axilor and eminent angels from The Chennai Angels also participated in the round.

Founded by Aniruddha Banerjee and Avra Banerjee in 2017, SwitchOn will use the funding amount for strengthening its edge-compute architecture, expanding the team, and increasing market adoption in India and other countries in the EU and APAC region.

“SwitchOn is leveraging deep expertise in hardware and software design to create state-of-the-art edge solutions for increasing transparency, reducing turnaround, and improving quality on the shop-floor of manufacturing industries to ultimately achieve operational excellence. We believe that our customers will benefit heavily from our expanded global footprint and deep technology differentiators.”

SwitchOn is an industrial tech company that helps manufacturing industries identify plant-level bottlenecks and improve equipment efficiency. Industries can create digital twins of their heavy assets, monitor and predict availability and performance bottlenecks in advance, thus ensuring better efficiency for the equipment and the plant. The company graduated from the Axilor Accelerator Programme in 2018.

“What attracted us to invest in them was their clear understanding of the technology and customer needs. Another winning point was their minimally intrusive solution, the need of the hour in the Industrial IoT space. ”

SwitchOn was well poised to be a dominant player in the Industrial IoT space, which was expected to be over $200 billion by 2023, the startup said in a statement.

pi Ventures, a $33 million fund based in Bengaluru, invests around $1 million per startup. It focuses on healthcare, logistics, retail, fintech, and enterprise sectors. In April, it backed Bengaluru-based healthtech startup ten3T with a pre-Series A round along with other investors. The fund also led a $2 million pre-Series A round in US-based FrontdeskAI, a developer of AI assistants for small businesses, in March.