Budget 2019: Hits and misses from the startup and VC perspectives 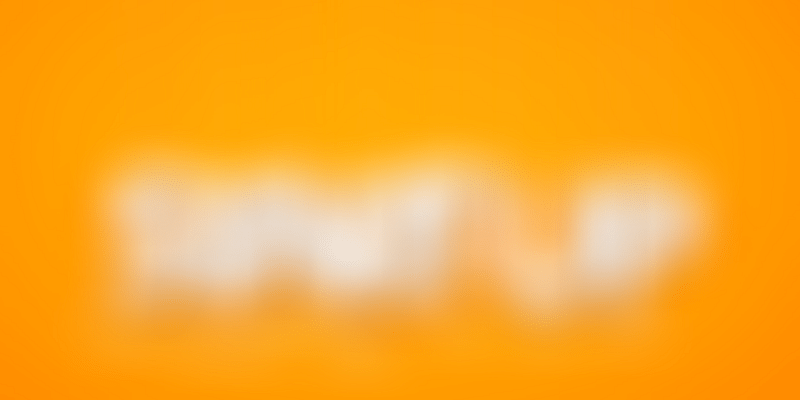 Finance Minister Nirmala Sitharaman’s Budget benefits startups and the VC industry in general, and a bunch of verticals in particular. But it’s important that we don’t take our foot off the pedal and keep accelerating towards increased growth.

As the first Budget of a new government in decisive majority, one is justified in expecting a bunch of long-term measures, reforms with long-term repercussions, and a clear outlay of the growth plans for the next five years. If one has to rate this effort Finance Minister Nirmala Sithraman in terms of benefits to various constituencies, it will tantamount to the following:

Sitharaman’s Budget offered a host of benefits to startups, including:

There have been clarifications and amendments proposed till now, but the fatal flaw was that they didn’t see on-ground implementation. The industry will look forward to this being implemented as rigorously and decisively as the department has managed to increase tax collections by over 70 percent in the past few years. This is expected to resolve older issues raised by the tax department as well and is a welcome move. If this doesn’t work out, the government ought to consider a proposal whereby it exempts startups that have received capital from accredited sources (angel investors accredited by SEBI, AIFs, and FDI sources)

a. Electric Vehicles: The Finance Minister sought to provide greater thrust to EVs and make them integral to the local (both public and private) transportation segment. There will be a focus on creating critical parts of this vertical as a viable business vertical, including encouraging investment in manufacturing of EVs, and creating of charging and battery infrastructure. The GST rate on EVs has been brought down from 12 to five percent, creating a framework for making India the global hub for manufacturing of EVs. Providing an investment-linked exemption only substantiates the overall intent of the government.

b. Education: We have historically sent students overseas to universities of repute. This process leads to talent going out of India and a loss of valuable foreign exchange. The government’s move to encourage overseas students to come and study in India creates a new dimension for education-oriented businesses.

c. Insurance: A proposal for greater FDI in insurance is definitely a shot in the arm for the insurance industry and startups operating in the insurtech vertical where there is very high investor interest. The fact that there will be a lowering of the threshold for re-insurers to operate in India further helps the industry in a significant way.

d. Banks/NBFCs: There will be budget for capitalisation of banks and performing NBFCs will also have greater ability to get benefits by way of first loss guarantee from public sector banks. High performing NBFCs and startups allied with NBFCs stand to be incentivised. This may not benefit the tech industry in particular, but with overall release of capital in the hands of NBFCs, it stands to percolate down to associated fintech startups as well.

e. Payments: The clampdown on the cash economy continues! This government particularly has been acting severely to promote digital trail-based payment mechanisms. With businesses having to control cash expenses to less than Rs 1 crore and a push for digital modes of payment, this area definitely stands to benefit.

f. Fund Managers/VCs: The finance minister spoke about a host of measures that would lead to International Financial Services Centre / GIFT City becoming a relevant destination for the VC industry.

The finance minister’s speech does provide lot of heart for startups and the VC industry in general and a bunch of verticals in particular. Apart from the specific benefits listed above, there are some measures at an overall level that will benefit businesses. With a favourable environment and climate for business, startups and VCs stand to gain by default. For example, there are steps like greater flexibility in set off and carrying forward of losses for startups, bringing larger number of corporates in the lower tax rate threshold, streamlining of labour laws to provide a more consistent set of definitions, and credit guarantee scheme for small businesses that will enable an opportunity to hasten business cycles.

There could have been streamlining of GST rates, reduction of GST for fund managers given the nature of businesses, sorting out matters pertaining to FDI in other verticals, taxation of ESOPs for employees of startups, and tax parity for private shares in line with other asset classes (more particularly publicly traded shares), etc.

The biggest area of concern is that due to surcharge, the tax arbitrage between private and public companies goes up and widens the arbitrage that is significant in the present avatar. Now, long-term capital gains in unlisted shares are almost same as earlier. Lastly, the issue that promoters of companies should dilute at least 35 percent of their shareholding shouldn’t apply to startups when they list on the exchanges. The reason? It will turn away small and mid-sized companies from the upcoming Innovators Growth Exchange (IGE).

Even if the department is convinced on this, there is a need for exemption from capital gains on shares listed on IGE to promote an entirely risky asset class being listed and signing up to create wealth for Indians. Or else, like it has happened in many cases including Flipkart, Indians stand to lose a major wealth creation opportunity. We may collect tax when these big transactions happen but the goal should be greater wealth creation for Indians as against overseas institutions, provided our institutions are willing to take risks.

These are key issues that the industry will keep pushing for over the next few quarters and we hope that the finance minister is able to provide the required framework for VCs to manage in India and startups to continue to operate and lead wealth creation for the next two to three decades to come.

Long-term overseas investors bullish on India will welcome this Budget because it checks the boxes on most areas that are critical for them to allocate capital to an economy. With the slew of measures like exemption to income earners up to Rs 5 lakh (thereby creating a little more disposable surplus in the hands of the middle and lower strata of society) and offsetting it by levying the superrich tax, re-capitalisation of banks, allowing FDI in insurance, privatisation of non-profitable PSUs, pushing for higher credit growth, downward resetting the limit for re-insurers to operate in India, allocation of budgets to agriculture, local transportation, investing in newer modes of transport that hitherto weren’t exploited, irrigation infrastructure, the government has put itself in much better position to pave the way for a decade of consistent growth.

The government has continuously shown that it doesn’t lack the intent. It’s usual to say that it’s a great plan on paper, and we must now wait for execution. However, there is a slightly different track India must take for the next decade. Let us all do all that it takes to make the plan successful.

For decades, India has been praying for a decade or two of decisive government, which the political mandate has provided. Now we have a minister who has intent. Things are moving and we are in a position to fulfil the commitments Indian fund managers have made to financial and strategic investors, overseas and in India. So let’s keep calm and go all IN(dia)!

Budget 2019: Startups get the spotlight in Nirmala Sitharaman's maiden Budget