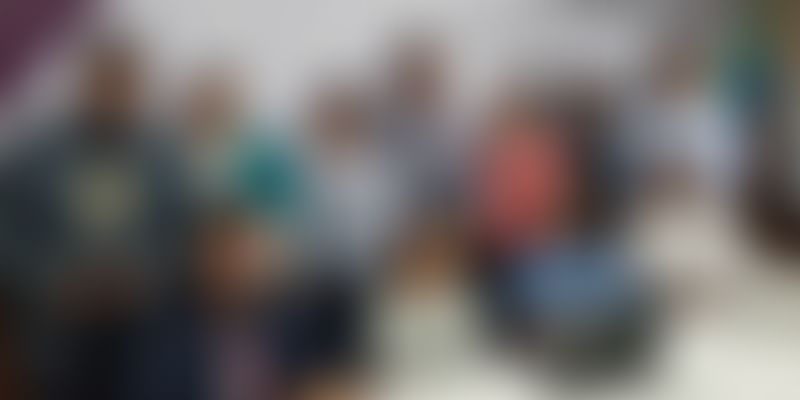 The information gap between citizens and governments is a reality. Experts may advocate a collaborative governance model based on trust between citizens, civil society, and policymakers, but how does this become a reality? Delhi-based Tavroi Research Pvt Ltd is taking a step towards inclusive development with its startup CivilCops. Founded by Ashish Sharma, the social intelligence organisation aims to “empower citizens and help governments” to be more “accessible, efficient, and effective in public service delivery”.

Ashish, who founded the startup in April 2017, believes that chat interfaces have brought the world closer, and there is no reason why we can’t interact with the government the way we do with our friends, family, and colleagues – on a smart networking platform.

Ashish decided to set up CivilCops when he saw a gap in the public service delivery and citizen feedback loop.

This is why he set up a company to develop CivilCops, an AI-powered chat and voice interface system integrated over multiple platforms, to let citizens offer feedback/suggestions on public services and report non-emergency complaints. He also received undisclosed amount of seed capital from Project Guerrilla led by Dr Ritesh Malik to do the setup. A resident can use platforms such as Facebook, Twitter, Google Assistant, and others for this.

This intelligence, data, and information is displayed on a dynamic dashboard that the government can monitor to assess and resolve complaints.

“The advantage is that these channels are established on platforms where users spend almost 80-90 percent of their internet usage time,” Ashish says.

Two months after starting up, he roped in friend and college batchmate Vaibhav Gogia. Both of them agreed that the present system of interaction with the government was not effective, and something needed to be done.

Ashish says the idea behind CivilCops was the belief that citizens who voice their concerns and interact with the government are at the core of smart cities. An engagement system would bring them more value and create a new kind of city service approach.

“This doesn't require them to fill long, boring forms or go through a registration process, which is the main reason for the failure of most of government applications. Those needed users to change habits (one-click login/sign-ups). Our communication channels don’t require any of these unnecessary steps,” Ashish says.

For agencies and governments, the company offers a work management dashboard that helps them aggregate, manage, and analyse public data in real time for city management. “We are converting manual processes like assignment, allotment, complaint segregation etc. into automated processes using AI and ML,” he adds.

Ashish says the citizen interaction applications market has a lot of players, but most of them are generic IT companies developing simple mobile apps for citizens to get in touch with the government.

“Many mobile and web apps have been launched by city governments and departments in India as well as the rest of the world. In India, iChangeMyCity and Public Eye are some of them. In Dubai, RTA’s Mobile App has an option for users to post a complaint. In terms of accessibility, our channels perform faster and allow easier data input. They need no app download, which is vital as no one likes to download new apps nowadays,” the CEO says.

The chat bots, which go by the name of CivilCops on the internet, do not need a citizen to find a relevant department or agency to report an issue.

“Most competing apps have been front ends for citizens to report. We disrupt the industry by creating decentralised systems that greatly increase efficiency, save resources for the authorities, and make citizens happier,” Ashish says.

An eye on the govtech market

The founder sites an Govtech Fund report that estimates that govtech is a $400 billion market globally , with a compound annual growth rate of 20 percent. “We are selling to all public-dealing government authorities in India. This goes across levels - national, state, district, sub-district, block, and village,” he adds.

Speaking about revenues and sales, he says the company is seeing “good traction”, but is not in a position to share any numbers regarding earnings as they started sales just four months ago.

CivilCops’ offering has landed them some investor support already. The startup raised an undisclosed amount of funding from Alfa Ventures, a proprietary fund launched by angel investor Dhianu Das to make seed investments in startups. According to media reports, the Alfa fund has a corpus of Rs 100 crore, and aims to make 25-30 bets with an average ticket size of Rs 1 crore. The startup had earlier raised angel funding from Project Guerrilla led by Dr Ritesh Malik.

Unwilling to divulge any details on the numbers, Ashish says his startup was also selected as one of the 10 startups at StartupBootCamp Smart City Accelerator Dubai.

Sharing his roadmap for next two years, Ashish says the startup will add more regional Indian languages to the chatbots along with voice assistants. The chat interface is currently available in English and Hindi, and the languages that will be added next include Marathi, Telugu, and Tamil.

The company is also expecting smart cities projects this year from September and aims to tap 25 smart cities and 11 States in India by next year.

“Apart from this, we also plan to test international waters, for which we are looking to raise capital of $500,000 this year,” Ashish says.

From a chatbot for IRCTC to pesticide-spraying drones: startups prove able partners for governm...