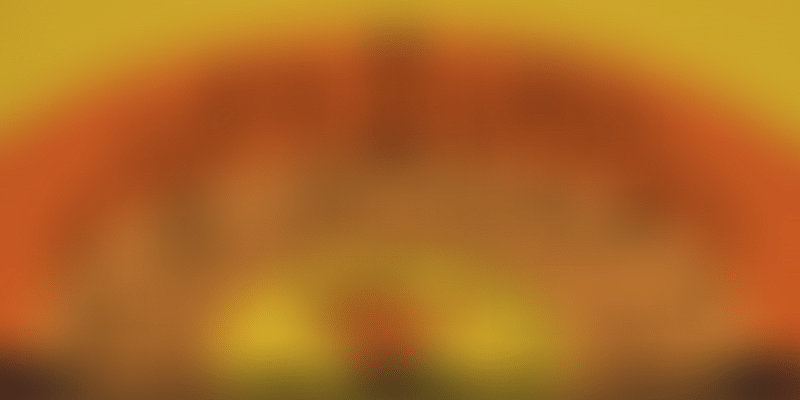 The Indian startup ecosystem has attracted investors across the globe be it from the US, China, or Japan. And now, the Middle East region has upped the ante.

Middle East investors are increasingly looking at the Indian startup ecosystem with a new confidence and are not shying away from funding companies of different sizes and sectors.

Five years ago in 2014, wealthy Gulf nation Qatar invested in ecommerce major Flipkart through its sovereign wealth fund, the Qatar Investment Authority, revealing the interest of the countries from the Middle East region in India’s startup ecosystem.

Flipkart turned out to be one of the stars of the Indian startup ecosystem with the global retailer giant Walmart acquiring them for $16 billion in 2018.

The list does not end there as various funds from the Middle East, which also include government bodies, continue to put their money into Indian startups such as Byju’s and Zomato, both of which are unicorns now.

The Middle East region and India have had long historical, business, political, and cultural relations. This also includes a large population from India employed in this region.

With the changing economic reality of today when the Middle East’s key natural resource of oil and natural gas is no longer able to provide the dominance it enjoyed in the past, the countries of the region are looking for newer areas of investment and diversification.

Vikram Gupta, Founder and Managing Partner, IvyCap Ventures, says, “There is more inbound interest from Middle East to invest in India. Earlier, a greater number of investors from that region used to invest in the US and Europe. Now they are looking at China and India.”

According to Vikram, with China market being played out, the focus of the Middle East investor has turned to India which has a vibrant startup ecosystem with a stable government. “They have also seen proof of the pudding in the ecosystem with few large exits, and that has given more confidence to them,” he remarks.

The appetite for placing large bets by the Middle East countries was shown in Japanese conglomerate Softbank’s first $100 billion Vision Fund which saw participation from Saudi Arabia and Abu Dhabi. In fact, Saudi Arabia invested $45 billion in the first fund.

Recently,  India’s edtech unicorn Byju’s announced a funding of $150 million which was led by Qatar Investment Authority (QIA). “This investment underscores QIA’s strong commitment to the education sector and our focus on investing in leading innovators in the TMT industry globally,” Mansoor Al-Mahmoud, CEO of QIA, had stated.

The list does not end there as there are other unicorns such as BigBasket, Ola, and Zomato, which have received funding from the Middle East-based venture fund and private equity investors.

At present, most of the VC funds from the Middle East are largely based in the United Arab Emirates (UAE), especially Dubai.

On the rationale for these funds and sovereign wealth groups to invest in the Indian startup ecosystem, V Balakrishnan, Chairman, Exfinity Ventures, says, “Their (Middle East countries) economy was purely dependent on oil but with the prices coming down they want to diversify into new technology areas.”

He says that these funds are now investing across the world which also includes India.

The investments from the Middle East region is not restricted to just the unicorns or highly valuable startups. Investors from the region have put in their money into other upcoming entities such as Tea Box, Healthifyme, Zoomcar, Medtrail, Magicpin, Lets Transport, and Khatabook, to name a few.

Navin Honagudi, Partner at Kae Capital, says, “China market looks to be saturated. And India gives a lot of options. Also, Indian market has provided a good exit system with Flipkart and FreeCharge, and Oyo’s buyback is shaping the exit opportunities. What started as a seed in 2008, the 10 years cycle is getting over and there would be more exist in coming days.” Navin adds,

“Just like Chinese investors, Middle East investors are also attracted to B2C sectors, unlike the interest of the US investors who are putting more money in the B2B sectors.”

This focus on B2C segment can be seen from the example of Zoomcar, the self-drive car rental startup which counts among its investors Venture Souq, a Dubai-based investment fund.

Talking about the interest of investors from the Middle East into Indian startup ecosystem, Greg Moran, Co-founder and CEO, Zoomcar, says, “It has been a trend over the last few years. Middle East has lot of business association with India, apart from hosting a sizeable expats.”

He adds that there is a lack of home-grown indigenous technology companies, or even a unicorn in the Middle East region which is driving investors to seek out for strong growth potential.

“Also, if you see the market size and population, Egypt’s population is just 99 million. And if you combine the population of just Uttar Pradesh and Bihar in India, the entire population would be significantly more than the entire Middle East region,” Greg remarks.

At the same time, the investments from the Middle East region into Indian startups is not just a one-

way street. The region is also seeking partnerships to build their own tech-driven entrepreneurial ecosystem.

For example, the Bahrain Economic Development Board (EDB) is keen to build strong linkages with the Indian startup ecosystem by inviting firms from India to set up their operations in this Gulf nation.

In an earlier interaction with YourStory, Bahrain EDB Chief Executive Khalid Al Rumaih said, “There are already strong historical links between India and Bahrain. The population of Bahrain is just 1/1000th the size of India’s, but a large proportion of Bahraini residents – roughly a third – are Indian. This has helped to create a ‘Bahrain-India Business Corridor’, which accounts for bilateral trade worth more than $1 billion per year.”

EDB sees a large opportunity among Indian startups looking to expand their base to the Middle East in the financial services, technology, and ICT domains.

The Dubai Chamber of Commerce and Industry has also launched the Dubai Startup Hub to attract strong interest and participation from startups in India.

“We feel that in addition to traditional trade opportunities, India is very vibrant and young; the youth here is providing solutions. Dubai has faced a lot of challenges over the past few years, including economic and geopolitical ones. We feel India can help us cope with various challenges as the country’s young entrepreneurs are problem solvers,” said Omar Khan, Director of International Offices at Dubai Chamber of Commerce and Industry in an interaction with YourStory.

According to Balakrishnan, for many investors from the Middle East, the investments into Indian startups have largely financial goals but it also gives them certain access which help them get the right technology into their respective countries.

The Indian startup ecosystem has evinced investor interest from across the globe, be it from the US, China, and Japan. Now is, perhaps, the time for more fund flow from the Middle East.

As Vikram of IvyCap Ventures says, “I have been personally approached by a few family offices in the Middle East who want to invest in Indian startups.”