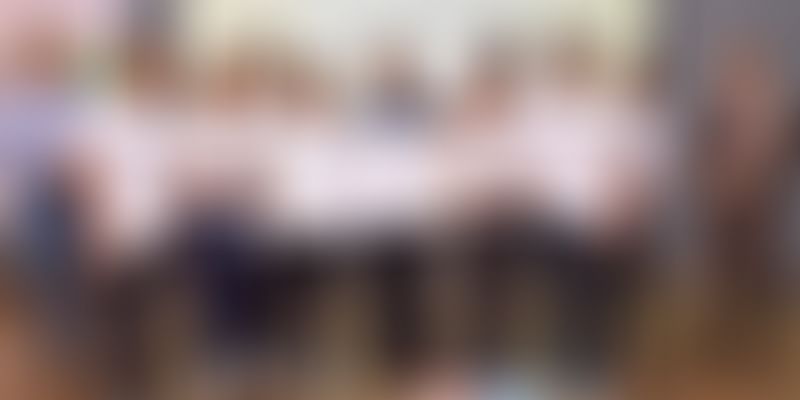 Chandigarh-based Team MachVEDA is tapping machine learning to detect pedestrian presence on the road and using mechanical actuation to bring the vehicle to a halt in case of emergencies.

Despite multiple innovations and development, safety on Indian streets remains an issue. According to PRS India, there were about five lakh road accidents in India in 2015, claiming 1.5 lakh lives and injuring five lakh people. Since technology is being tapped to solve every problem, why not this?

What’s more? They are using machine learning (ML) to detect pedestrian presence on the street and actuate the braking of the vehicle.

The team recently won the Hardware edition of Smart India Hackathon 2019, a competition for which the finale was conducted simultaneously across 18 nodal centres in India.

Meet the 15-year-old water conservationists who want to save Bengaluru from becoming the next C...

“When we received the statement 'pedestrian safety device in automobiles' from the SIH portal, we realised how serious a problem it (road accidents) is in India and decided to work towards solving it,” says team member Apoorv Negi, 20.

While most safety devices focus on the driver's safety, Team MachVEDA, which also includes Aastha Agarwal (19), Apoorv Dubey (20), Rohit Jadon (19), Divyam Gogia (20), and Sanjeet Choudhary (20), have developed 'Super Vision' that focuses on the pedestrian ahead of a vehicle.

The team is using ML and mechanical actuation to develop the pedestrian detection system.

“The device detects pedestrians captured in a frame using a camera that is placed in the front of a vehicle. It then undergoes a false-positive mechanism and a confidence check to determine if the object in front of the vehicle is actually a pedestrian or a mannequin,” Apoorv says.

Once all the checks are done, the communicational board, connected to the engine control unit of the car, is notified. Using that, the team is able to cite the vehicle's details - engine state, current oil level and gear, among others.

“Using those parameters, we are able to deduce how much pressure we have to apply on the brake pedal, and for how long,” Apoorv says.

A mechanical actuator then presses the brake pedal, bringing the vehicle to a halt.

Currently under the bench-marking phase, the team has reached “seven frames per second”. This means that if a car is moving at 60 km/hr, a frame is captured after every 1.5m. Processing happens within that time frame, including the false checks and the time taken for brake actuation.

“At the Forge Accelerator, we were able to modify our model. Now, if a pedestrian moves out of the frame, the brake pedal won't let the car go to a halt but will slow it down a little bit,” he adds.

While the device is not yet ready for sale, the team is working on a new algorithm that might jump up the device's performance to 50 frames per second.

“In the US, it is illegal to mechanically actuate the brake pedal. However, the laws are not clear in India. We have to come up with a universal product and that's where we are facing challenges,” Apoorv says.