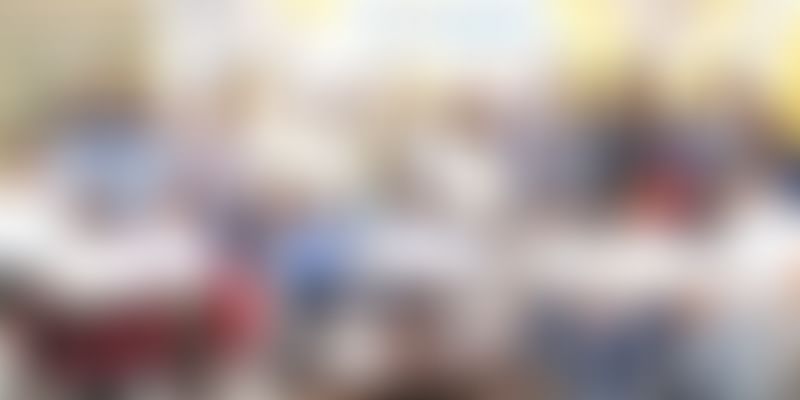 Hyderabad-based spacetech startup Skyroot Aerospace by former ISRO scientists promises to assemble, set up, and launch small satellites into space within a week of a customer’s approach.

Rocket science was considered the ultimate mind boggler, so much so that it became a cliche for all things complicated. Only agencies like the ISRO, NASA or ESA were deemed to have the required expertise in engineering and science to successfully build rockets. But not anymore.

Over the past few decades, things have changed. Institutes like IIT Madras are offering space and laboratory for research, and space enthusiasts are becoming entrepreneurs to offer unique and cost-effective solutions to reach open the gates of space to the common man.

Among the many solutions offered by spacetech startups, one is sending small satellites weighing less than 500 kg into space in a short span of time. While customers need to wait for six to 24 months to get a seat on a launching vehicle to send their satellites into desired orbits, Skyroot Aerospace can do it in a week.

The Hyderabad-based spacetech startup, founded by Pawan Kumar Chandana (29) and Naga Bharath Daka (30) in June 2018, is building small satellite launch vehicles (SSLV) for small satellites, and promises to launch them into space within a week of a customer’s approach.

With a product and promise like that, it is no wonder that the company caught the eye of investors like the co-founders of CureFit Mukesh Bansal and Ankit Nagori, who invested Rs 10.3 crore as seed fund in June 2018.

Pawan, an alumnus of IIT Kharagpur, began working as a scientist at the Vikram Sarabhai Space Centre (VSSC) in 2012. He was also actively involved in the GSLV-Mk-III project for five years. During his sixth year, Pawan worked as the Deputy Project Manager for the small satellite launch vehicle project.

Bharath, an alumnus of IIT Madras, began working as a flight computer engineer at VSSC in 2012. During his tenure, he built hardware and firmware for multiple on-board computer modules that implements sequencing, navigation, control, and guidance functions of the launch vehicle.

Speaking to YourStory about what led to Skyroot Aerospace, Co-founder and CEO Pawan says,

“We were awestruck by what SpaceX has pulled off - from failing the first three launches to consistently landing a huge rocket booster. It proved what a startup with great conviction, right vision, and the right team could achieve in a decade.”

Manufacturing satellite is one thing, but sending them to low earth orbits is another. Skyroot Aerospace is proving itself to be a solution for this very problem.

There are three types of launch vehicles manufactured by Skyroot Aerospace - Vikram I, II and III - named after Dr Vikram Sarabhai, the Father of Indian Space Programme. At present, it is the only company in the world that can carry payloads ranging from 200-700 kg to low Earth orbit.

The vehicles are designed in a manner that it can be assembled and launched on-demand in just a few days. Since the design is not complicated, parts can be manufactured and stored in bulk.

Pawan explains, “We designed our launch vehicle considering the capabilities and constraints of the manufacturing ecosystem in India.” He adds that this helped the team build a vehicle that requires minimal manufacturing infrastructure unlike international companies that can build their own manufacturing and testing facilities.

Launching satellites into space is serious business, and not a cheap endeavour in the least. For example, Virgin Orbit would charge you $40,000 per kg (approximate) of payload for your small satellite. But, Skyroot Aerospace will charge as low as $15,000 per kg, with respect to the market demand.

These propulsions are developed in-house. According to Pawan, Skyroot Aerospace is among the few space-tech startups in the world, which has the expertise to develop both solid and liquid propulsion technologies.

“Solid propulsion systems that are inherently more reliable (due to lesser components) need much lesser development time and cost. But it needs a strong domain expertise, which our team has. Our propulsion systems have the capability to produce very large thrust, making them the best-suited systems for small satellite launch vehicles.”

The vehicles are designed keeping the availability of resources in India in mind. Also, testing and building this launch vehicle before take-off costs one-third of what it takes to do it in the US and other countries.

“We designed our vehicle to fit the already available manufacturing and testing facilities in the country. With the added benefit of operating in India, we save a huge amount of developmental cost incurred in building and operating our launch vehicles.”

Further, the uppermost stage of the vehicle can restart frequently. This will help insert multiple payloads in different orbits on a single mission, a trait rarely available in launch vehicles across the globe.

“The most interesting part is that we could recoup all the developmental cost incurred and break-even with just a few launches, making a very solid business model,” adds the Co-founder.

Skyroot Aerospace’s launch vehicle can also be used to de-orbit its final stage from the space, reducing space debris.

Pawan says, “The market is ripe for the first 10 operating players internationally and after that, it could get very cost-competitive.”

At present, Skyroot Aerospace has a team of 35, all of whom are from the aerospace industry with at least five years of experience in either the DRDO or ISRO. The team also has people who have worked at organisations like the HAL, TATA Advanced Systems, and GE.

“Understanding the correct skillset is the key and having worked in this industry before, we are very good at identifying the right talent and building the right team.”

Soon, the startup will test multiple rocket stages, making them one of the very few companies to achieve this feat.

Once Skyroot Aerospace proves the success of the Vikram launch vehicles, it plans to design a larger reusable launch vehicle that would carry geostationary satellites to geostationary orbits that are at an average height of 35,786 km from the Earth.