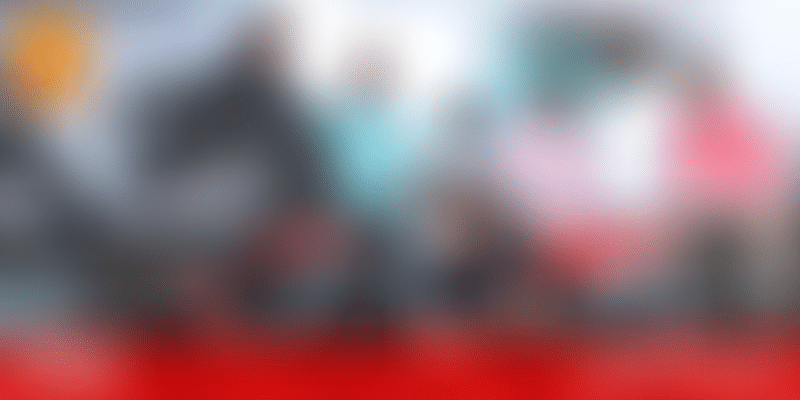 Selena Gomez said, "...if you have something you're really passionate about, don't let anyone tell you that you can't do it." The actor, who has received wide recognition since childhood, has donned several other caps - from being a singer to a producer, philanthropist, and entrepreneur.

She believes, "If you are able to look yourself in the mirror every day with the decisions that you make, that's where power starts." Gomez released her clothing line in 2010, a self-titled fragrance in 2013, and a limited-edition handbag collection.

In fact, she became a UNICEF ambassador at the mere age of 17, showing us that it is never too early to do what you love.

And that's exactly what 23-year-old Guhan RP did. Inspired by Elon Musk's Tesla, the mechanical engineer set up an EV startup in Coimbatore in 2017 - Gugu Energy, which aims to accelerate India’s shift to sustainable energy.

Need a bigger boost this week? Fret not for we have a bouquet of inspiring startup stories for you!

Kolkata-based medtech startup EzeRx aims to make preventive healthcare more appealing, affordable, and accessible. The startup’s IoT-enabled, non-invasive device AJO detects anaemia, liver and lung-related health problems, without requiring you to draw blood and at the cost of less than Re 1.

Construction Project Management Consultancy (CPMC), a 30-year-old real-estate company, got the idea of starting Nemmadi while talking to many end-consumers. Started in 2017, Nemmadi is a Bengaluru-based home inspection startup for both B2B and B2C customers with clients like Sobha Builders, the Prestige Group, Salarpuria Sattva, and Puravankara.

A series of personal experiences prompted Varun Gupta to launch Zorgers in 2015. In four years, the home healthcare startup has clocked in over 7.5 million hours of caregiving and is now eyeing expansion across 20+ Indian cities.

Four-year-old recruitment startup BeatMySalary began as a SaaS platform for recruiters to reach relevant job seekers in quick time. About a year ago, it added a services division, tapping a large clientele in India and the UK.  The number of registered recruiters on its platform has also increased from 130 to 300+.

With low penetration of healthcare — one bed for 1,000 patients — India is in already in need of increased investment and resource allocation in geriatric care. And Karthik Ramakrishnan’s Athulya Assisted Living, which is a geriatric care startup set up in Mylapore, Chennai in 2017, aims to address this need.