Ninjacart likely to get new investment from Walmart soon 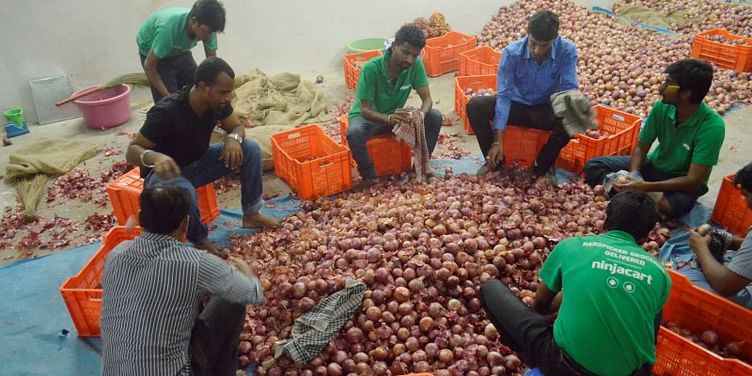 The proposed investment by Walmart is an endorsement on the strides made by Ninjacart over the last four years as it recently received funding from Tiger Global.

Ninjacart, the Bengaluru-headquartered agritech startup focussed on the supply chain, continues to evince interest from marquee investors as global retail giant Walmart is close to investing in the company.

Walmart is reportedly is planning to invest $50 million into Ninjacart and the deal may close in the next four to five weeks, sources familiar with the situation told YourStory. The final details of the transaction are still being worked out.

If the transaction goes through, it would be a big boost for Ninjacart, which recently received an investment of $100 million from Tiger Global this April. This was also a big endorsement for the startup with the US-based fund turning its attention towards B2B startups.

For Walmart, the investment into Ninjacart gives it the additional heft into the category of perishable goods like fruits and vegetables. Founded in 2015, it enables a direct link between farmers and retail outlets through its supply chain technology infrastructure.

At present, it delivers around 1,400 tonnes of fruits and vegetables every day across Bengaluru, Chennai, Hyderabad, Delhi, and Mumbai. It plans to add locations to its network.

Walmart entered India in 2007 and opened its first store in Amritsar, Punjab in May 2009. It recently announced the opening of its 25th Cash & Carry Store in the country, in Indore, Madhya Pradesh.

Walmart also operates three Fulfilment Centres in the country - Mumbai, Lucknow and Hyderabad. Its India is membership-based and has more than one million members to date, and the majority of whom are small resellers and kiranas (mom & pop stores).

Walmart is also the majority owner in the homegrown ecommerce company Flipkart.