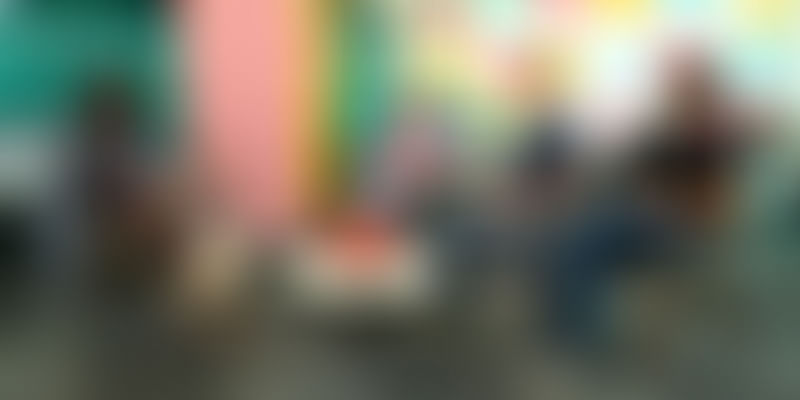 In an exclusive chat with YourStory Founder and CEO Shradha Sharma, the Udaan Co-founder and former CTO of Flipkart talks about building a B2B platform for India’s MSMEs.

Nobody at Udaan has a job title. There isn’t even a CEO. The three former Flipsters introduce themselves only as Co-founders of the B2B ecommerce company. On LinkedIn, however, Amod Malviya’s titles reads, ‘Co-founder and Engineer at Udaan’. That’s because the down-to-earth Amod is a techie at heart. It’s easy to allow him this indulgence. After all, the former CTO of Flipkart still writes code.

When Shradha Sharma recently caught up with Amod and his Co-founders Sujeet Kumar and Vaibhav Gupta, he was just as excited to talk about the work he does as an engineer as he is about how Udaan is revolutionising trade for small business owners across India.

So, what was it like, building a B2B platform after spending years refining a B2C channel at Flipkart?

“There were similarities and there were differences. Starting out, we were very cautious that we shouldn't be too prejudiced by the B2C concept,” he recalls.

Structurally, a B2C ecommerce platform has many similarities with its B2B counterpart: cataloging systems, search and recommendation, checkout systems, and supply chain systems. But when you get down to the nuances, it was a different ball game altogether.

“Very quickly we realised that there are also things that are unique to B2B (especially) on the supply chain side of things. For example, we discovered that the weight profile of a single shipment is actually very different from what it is in B2C. So, we had to design our supply chain systems and processes to actually reflect that,” the IIT Kharagpur alumnus explains.

Credit was another aspect that was vastly different. In B2C, a lot of it is about EMIs (installments) for very large ticket purchases. “In B2B, trade credit is a way of life. It’s something that is very ingrained in how people make a purchase.”

So Amod and his team of engineers had their work cut out for them. “We continue to learn very quickly and absorb them into the system.”

He was a hands-on developer in the initial days, writing a bunch of pieces of code. But in his down-to-earth style, he diverts credit to his team.

“I was one of the engineers who contributed to it. I still contribute in smaller degrees. Obviously, there are people much smarter than me to build those systems, thankfully,” he laughs.

It is this humility that makes it possible for the company to work without titles.

“There is a certain power that we have sensed in focusing only on the merit of the discussion and not what is the title of the person talking about it,” he explains, “The fact that at Udaan we’ve been able to not have any of that is a hugely freeing concept. The only real thing that matters in any discussion at Udaan is, ‘what is the benefit we are creating for our users?’”

The users have always been front and centre at the company. In fact, the founders, all of whom come from small towns, were clear about this right at the beginning. They wanted to create a product that would solve problems native to India, have a uniquely Indian flavor, and where they could empower a large number of people with technology.

Given the impact that Udaan has created in less than three years of its existence, they are on the right track.