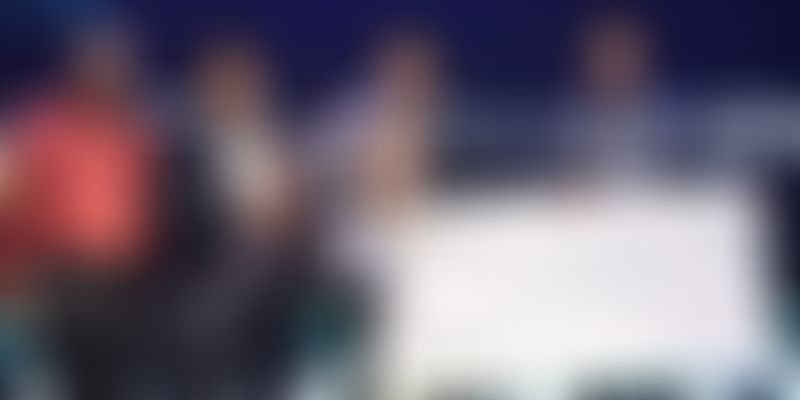 Biotech startup Pandorum Technologies, which focuses on tissue engineering and regenerative medicine, won the 2019 Entrepreneurship World Cup. In November, it will represent the country at the global contest in Riyadh with the two runners-up: Ethereal Machines and Bambrew.

Biotech startup Pandorum Technologies, which focuses on tissue engineering, took home the grand prize of Rs 5 lakh as it won first place at the 2019 Entrepreneurship World Cup (India), a series of the global pitch competition. The startup will, in November, represent India at the global competition in Riyadh along with the two runners-up.

The Global Education and Leadership Foundation (tGELF), which was officially inaugurated in 2008 by the then Prime Minister of India, Dr Manmohan Singh, an initiative of the Nand and Jeet Khemka Foundation is the national organizer of EWC India. Over the last few months, the MiSK Foundation and tGELF have been scouting for innovative entrepreneurs and startups across multiple cities in India to compete in the Entrepreneurship World Cup.

This is the first edition of the event that has been crafted by the MiSK Foundation, a global non-profit working to cultivate learning and leadership among youth. Any startup from any sector at any stage, be it idea, early stage or growth stage, was welcomed at the EWC.

The contest is much more than just a global pitch competition. It is a global platform for entrepreneurs to grow their business and take it to the next stage through a continuous focus on training, tools and resources, advice and networking opportunities. There's lot more on offer for those to go on to emerge as winners – close to $5 million worth in prizes in all – with dozens of cash prizes, investment opportunities and resources and perks from leading programme partners.

Pandorum Technologies has worked on bio-engineered human corneal cells and lab-grown mini liver. The tissue, which enables scarless healing of corneal wounds and helps restore vision through bio-regeneration, edged out 31,000 startups from across India for the Entrepreneurship World Cup. It competed among the top 20 startups at the EWC national event held in Delhi on August 3 and 4.

During the course of finale day, the jury and the audience narrowed down the 20 startups to 10, then to five, and finally chose the top three that will represent India at the global competition. Other finalists included ZestIoT, SpotDraft, Wrig Nanosystem, MapMyGenome, Sun Mobility, Sarva, and Nurtr. These startups covered services and products across deeptech, legal tech, genetics, aerospace, healthtech, defence, electric mobility, and much more.

A modern definition of entrepreneurship is transforming the world by solving big problems and initiating social change, creating an innovative product, or presenting a new, life-changing solution. What the entrepreneurship definition doesn’t tell you is that it is what people do to take their career and dreams into their hands and lead them in a direction of their own choice. It’s about building a life on your own terms.

A candid and lighthearted session, called LEAD Challenge, moderated by Shradha Sharma, Founder and CEO of YourStory, brought out what the five finalists think about success, entrepreneurship, ethics and other aspects of being entrepreneurial journey. They spoke about deriving inspiration from icons like Steve Jobs, physicists like Richard Freeman, and their own fathers as they followed their dream and started up.

World Cup for Entrepreneurs! An opportunity for startups to scale globally