On Independence Day, 3 founders recount how military life has shaped their entrepreneurial journey 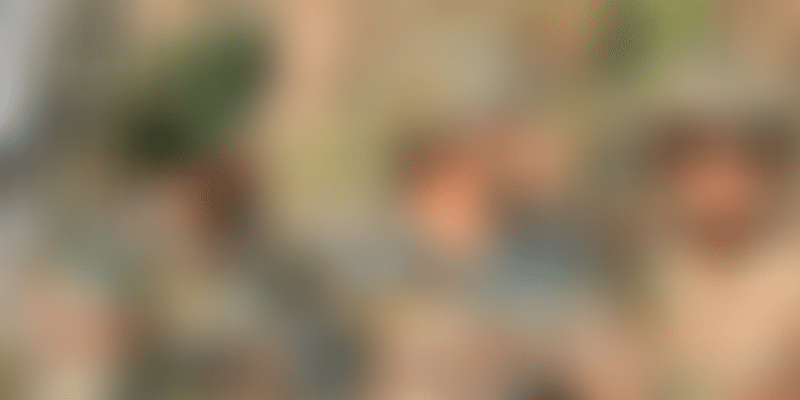 As we celebrate India’s 73rd Independence Day, YourStory speaks to veterans who served the nation and who are now startup founders waging battles of a different kind.

A career in the armed forces may seem like a whole different ballgame when compared to the entrepreneurial journey. But is it really?

While a defence personnel and a startup founder may be living completely different day-to-day lives, there are a lot of disciplines that apply to both pursuits. Ask these entrepreneurs with military backgrounds and they will tell you that serving in the defence force can actually come handy while doing a startup. The military life brings punctuality, single-minded focus on the end goal, and the hunger (plus discipline to match) to get the task at hand completed; all virtues a startup founder needs to imbibe to find success.

This Independence Day, YourStory spoke to three entrepreneurs with a defence background to learn about their military journey and how the experience of serving the country helped them start up in India’s thriving innovation and technology space.

After 10 years with the Indian Air Force (IAF) as a pilot, it was a shoulder injury that made him unfit to fly helicopters. Due to his medical condition, he had to face the reality of pursuing an alternative career outside of the Air Force. So, a soft landing in the corporate world happened soon after an MBA from Indian School of Business (ISB) in 2011. Later, Vijay went on to lead one the investment banking operations teams at Goldman Sachs.

He says, “The IAF has taught me how to deal with complex situations in an unknown area, whereas at Goldman Sachs I learnt how teams and organisations can be aligned with a strong purpose to achieve the impossible. These two experiences helped me to take the plunge into entrepreneurship.”

Here is what he told YourStory about his journey so far:

YourStory: How different are the two worlds? Was it daunting to start something on your own?

Vijay Arisetty: I do not see entrepreneurship much different than serving in the IAF. In fact, in every industry, the building blocks of success are more or less the same. The hunger to learn, punctuality, and emphasis on teamwork have been as important in defence as in the corporate as well as startup worlds.

Our training at IAF prepared us for the toughest days. We operated independently in unforeseen situations. We explored areas with zero resources and mustered resources to get the task done. The entire drill was—in many ways—similar to entrepreneurship. Creating a team and doing something was not new to me. But what to do was more daunting.

YS: What are some of the learnings from the defence you still execute while being an entrepreneur?

VA: One crucial aspect of my defence training was making quick decisions while in the air. Decisions need to be taken; the outcome will decide whether they are right or wrong. There's no harm in failure, as long as one is failing fast and learning faster.

YS: Any anecdote or story from your time serving the country that stuck with you through the challenges of entrepreneurship?

VA: I was part of the UN Peacekeeping force, where we had to ship everything—right from generators and tents to helicopters and manpower—from India and set up a base camp in Sudan. As a member of the ‘Advance Party’ I helped set up an Air Force base on an inclined, barren land, which was capable of operating eight helicopters. The process lasted three months as the land was to be levelled for the team to function.

It gave me tremendous exposure in terms of getting things done in an unknown territory by interacting with the locals and the UN officials. This experience helped me shape my initial myGate journey of planning in the right direction with optimum resources. However, on-boarding the right resources to execute the plan is something I honed during entrepreneurship.

YS: What, according to you, is a challenge for ex-defence personnel while starting up?

VA: I believe the startup experience is nearly similar for everyone. However, their journeys may differ. I was lucky to have started off with the right pedigree of ISB and Goldman Sachs, while the right set of co-founders helped me network better. We were able to accelerate our outreach and broadcast what we were trying to achieve, effectively.

YS: What is the one advice you continue to give to your team?

VA: I always tell my team to embrace change and identify the opportunities along the way. For instance, multiple wallet solutions were coined during demonetisation time. So, one has to be aware and alert to be able to turn the tides in their favour.

Captain Chethan YK is a retired Short Service Commission Officer (6 Engr Regt - Madras Sappers) and served as a Captain in the Indian Army from 2002 to 2007.

While in the Army, Capt Chethan realised that Army personnel had limited avenues to purchase quality goods that they required.

He also came to understand that there were a lot of civilians too interested in purchasing Army-inspired products for different purposes.

That’s when he met Captain Niranth Bymana, and the duo started Olive Planet in 2009, an online one-stop shop for all things military.

Capt Chethan YK and Capt Niranth Bymana spoke to YourStory about their learnings from military life that they were able to adapt to their entrepreneurial avatar:

YS: What, according to you, is the difference between life in the armed forces versus the startup world?

Capt Chethan YK: In the armed forces, we were part of a larger organisation. The armed forces defines everything for us. However, in the startup world we have to carve out a niche for ourselves. The biggest change a defence personnel has to inculcate while starting up is to adapt to a different working condition.

We have to work with all types of people and don various hats as entrepreneurs, unlike the defence forces where the resources are readily available.

YS: What are some of the key learnings from the armed forces that you have leveraged in your entrepreneurial journey?

Capt Niranth Bymana: In the armed forces, the problem-solving approach is ingrained in us and we are used to taking on challenges. Therefore, we are not so ruffled by the challenges of entrepreneurship.

Given this approach, we are also able to see things through. In the armed forces we are always focused on doing something big and there is an organised structure. We also learn how to manage people given our experience of handling battalions.

YS: What are the challenges that defence personnel tend to face while starting up?

Capt CYK: We are operating in a space where the activity is largely behind closed walls and there is not much exposure. This leads to a challenge of breaking various kind of mindsets and educating people about online transactions, apps, etc. Many in the armed forces are not so tech-savvy.

Another big challenge about this space is the difficulty in raising funds.

YS: What is your advice to potential entrepreneurs who come from a military background?

Capt NB: We are better positioned to be entrepreneurs than others as there is the risk-taking ability.

In our business the work is very different from commanding troops. We need to be sensitive about peoples’ aspirations and how we hire them.

Most importantly, in the armed forces we are not encouraged to talk about ourselves, but it is different in the startup world where branding and marketing is important. Any potential entrepreneur needs to pick up these skillsets before they start their venture. These will help to build something meaningful.

Bengaluru startup Jumbotail is digitising the kirana store with its wholesale online marketplac...

Karthik Venkateswaran, an alumnus of National Defence Academy, has served with the Indian Army for 10 years, with several tenures in hard combat, including Siachen Glacier, Kashmir, and Manipur.

Post-military, he went on to complete his MBA from Stanford University - Graduate School of Business, and later worked as Director-Products at Flipkart and Senior Product Manager at eBay US, prior to starting Jumbotail in November 2015.

Karthik told YourStory how his Army learnings helped him while starting up:

YS: How different is the Indian Army from entrepreneurship? Was it daunting to start something on your own?

Karthik Venkateswaran: The two worlds are certainly different on a physical level, yet similar on a philosophical one.

While the differences between the two worlds are obvious, the similarities are perhaps better explained. Life in the military is about high risk, and the only reward is a deep sense of satisfaction, and the pride of serving the nation.

Even in the startup world, the risk is very high, and to me, the reward has always been a deep sense of satisfaction and pride that comes by solving very hard problems with an economically sustainable, repeatable, and scalable business model from scratch.

Startups require courage, and a never-say-die attitude. The Indian Army gave me the courage and determination to succeed against all odds.

YS: What are some of the learning from defence you still execute while being an entrepreneur?

KV: Here are some of the learnings that I follow:

‘Missionaries, not mercenaries’: The Indian Army taught me the most important lesson - it is not the weapon that matters but the soldier behind the weapon who does. We need soldiers with missionary zeal, impeccable character, and enormous courage to fight battles and win wars. At Jumbotail, we have focussed from Day 1 on building a company with strong core values and hiring missionaries driven by purpose and hungry for impact.

YS: Any anecdote or story from your military time that has stuck with you through the challenges of entrepreneurship?

KV: I have served extensively in high altitude areas. The path to the peak will have several ups and downs.

Oftentimes, the peak is not even visible from the starting point. We keep moving. There will be dangers and obstacles - determined enemy, harsh weather, dangerous terrain, physical pain, equipment malfunctioning, plans gone kaput, a family to feed if we die.

It is never easy. It is a lot of teamwork and real-time improvisation. We keep the faith and moving forward because we know that success favours a prepared mind that is determined to succeed. And once we reach the top, the view is beautiful, and the sense of satisfaction on reaching the peak is unmatched.

When we look down from the top and see the kind of terrain we have navigated and the obstacles we have overcome during the night of the climb, we would be very surprised that we were able to do it all.

Likewise, in entrepreneurship, the journey is hard and risky. The peak is not visible. Things go wrong. Plans change. But the key is to keep the faith and keep moving. The peak will be worth it. It's not as far as you think it is.

YS: What, according to you, will pose a challenge for ex-defence personnel while starting up?

KV: It is important for military veterans to acquire business and finance skills. Hiring talent does not naturally come to veterans. I think these two skills are very important. I absolutely think it is important to find a good co-founder who can complement their skills and talent. They need to invest in building a meaningful network of friends and professionals outside of their defence network.

Beyond the battlefield: 6 successful entrepreneurship stories by Indian Army veterans

India to see positive economic growth in second half of 2020-21: NITI Aayog VC 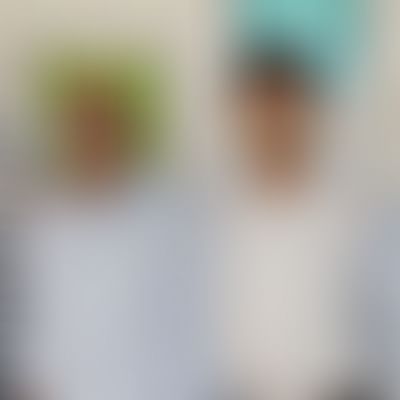