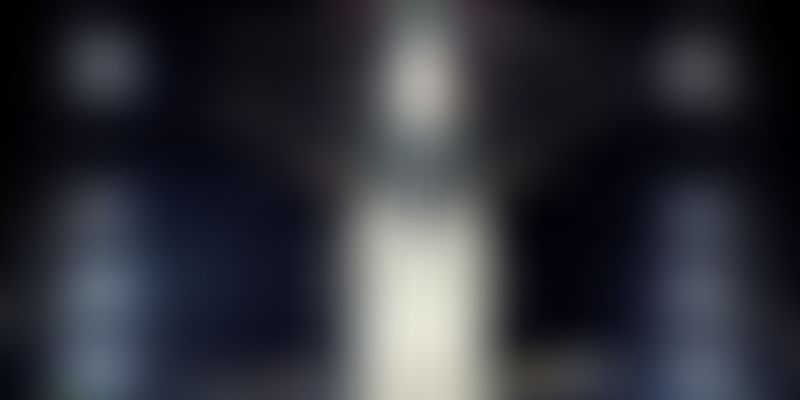 This week, Chandrayaan 2 entered the Moon's lunar orbit and sent back some stunning images of the Earth and the Moon.

This week, Chandrayaan 2 entered the Moon's lunar orbit, and with this, ISRO's mission to study the lunar surface of the Moon's South Pole is inching towards reality. The lander, named Vikram, mounted on the orbiter also gave us some stunning images of the Earth.

Taken from an altitude of 5,000 km, these images were taken on August 3, through the L14 camera of Chandrayaan 2.

The orbiter carrying the lander (Vikram) and six-wheeled rover (Pragyaan) is at the moment orbiting the Moon.

According to ISRO, on September 7, 1:55am, the lander will soft land on the Moon's South Pole region.

Chandrayaan 2 has also captured some breathtaking images of the Moon. Here is the first image of the Moon today at a height of 2650 km from the surface. The image showcases the Mare Orientale basin and the Apollo craters.

What happens when Chandrayaan-2 touches the land on the South Pole of the Moon?

Once the lander (Vikram) successfully lands on the Moon, India will be the fourth country after the US, Russia, and China to perform a successful soft landing.

After the soft landing, the rover 'Pragyan' will roll out from lander 'Vikram' and carry out experiments on the lunar surface and analyse the lunar soil for one lunar day, which is equal to 14 Earth days. The orbiter will continue its mission for one year.

In total, Chandrayaan 2 has 13 payloads on board with eight of them in the orbiter, three payloads in Vikram, and two in Pragyan. Five payloads are from India, three from Europe, two from the US, and one from Bulgaria.