The epidemic of loneliness: finding peace in the most disconnected of times 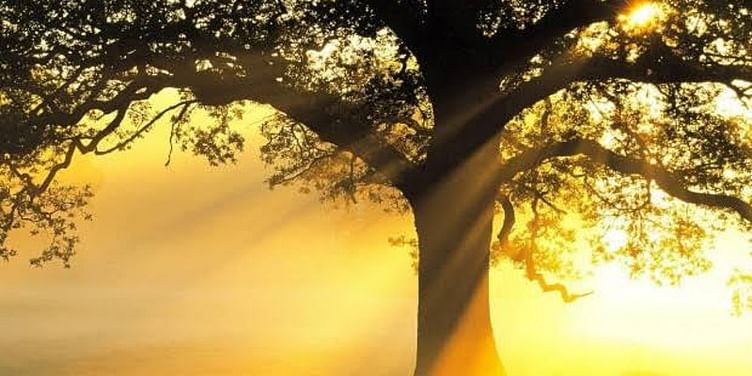 Feelings of extreme loneliness and isolation are even more prevalent in today’s hyper-connected world. Maybe now, more than ever, we need spirituality to keep us anchored.

It was unexpected. Only the evening before I had had the most fantastic and professionally satisfying meeting an entrepreneur can ask for. And yet, the morning after, the tears had flowed unchecked. For that one hour, I had cried with abandon. I had no reason to hold any of it back.

And yes, as I was crying, I was bewildered by the tears, and thought it was weird, like how and why was this happening. And then I realised there was no one judging me for my tears. No one looking down on me as if I was weak. No one to whom I had to explain my tears. And I knew it was time for me to stop judging myself and instead experience what was happening without the lens of self-judgment or criticism.

Throughout that hour-long session with a healer, I knew my tears were part of the healing process. And sure enough, I felt lighter after the crying, almost as if the tears had cleansed away any lingering feelings of sadness from any pain I may have endured in the past. From any hurt, I was feeling in the present.

I was grateful for those tears. They were my way of expressing any pent-up feelings of grief, sadness, anger, and loneliness, all of which in some way were most probably connected to my past that has stayed with me. I welcomed the tears. I was acutely aware of the fact that many others are not so fortunate. There are those who struggle to find an outlet for that acute sense of loneliness that usually stems from a plethora of events in one’s life – from losing a parent, a partner, friend, or a sibling too abruptly, to the shame associated with losing one’s status in society, to feelings of humiliation, dissatisfaction, disgrace, misery, and dejection that may seem to have no obvious or specific cause. Or even just holding a grudge, mostly with life... that puts us in a lonely place.

'My biggest journey has been learning to love myself,' Shradha Sharma says at the Women on a Mi...

Disconnected in a hyper-connected world

Ironically, and many of you reading this will agree with me, these feelings of extreme loneliness and isolation are even more prevalent in today’s hyper-connected world. Technologically, we’re more connected than ever before to strangers and friends from across the world, but in reality, we’re less connected at a deep, authentic, real and, if I may say so, at a spiritual level – a connection that would otherwise allow us to see people for who they really are and what they’re really going through.

The truth is, amid all those shares and likes and retweets and comments, we’re engulfed in a sea of information and validation for everything we do – the food we eat, a quote we like, an experience we had, a friend we met, a milestone we’ve achieved, a view we enjoyed…the list goes on and on.

And yet, amid all of this noise, we fail to see the real, desperate sense of loneliness that may be weighing another person down. That sense of loneliness that gives way to depression, which gives way to that one desperate act that promises to end the pain for good. We fail to read between the lines, to see beyond the obvious, to look beyond the happy, smiling images that suggest an otherwise idyllic, perfect life.

And so we celebrate the apparent indicators of a successful, stress-free happy life. In the startup world, we celebrate large fundraising rounds, >$1 billion valuations, exits, returns – all obvious gauges of success – and yet, there’s not enough dialogue around those who haven’t made it or those who’ve tried but failed.

For me personally, one of the things that is helping me is just chanting the words below early morning and sending blessings to myself and everyone, including even the people who may have hurt me. And slowly but surely, I feel peace, happiness, calm, and less lonely. I feel anchored.

Likewise, you too should discover what will work for you. And once you do, you will have to work at it and keep at it, to make it work for you.

Om Mitraya Namah (Prostration to Him who is affectionate to all).

Omi Ravaye Namah (Prostration to Him who is the cause for change).

Om Suryaya Namah (Prostration to Him who induces activity).

Om Bhanave Namah (Prostration to Him who diffuses Light).

Om Khagaya Namah (Prostration to Him who moves in the sky).

Om Pushne Namah (Prostration to Him who nourishes all).

Om Hiranyagarbhaya Namah (Prostration to Him who contains everything).

Om Marichaye Namah (Prostration to Him who possesses rays).

Om Adityaya Namah (Prostration to Him who is the son of Aditi).

Om Savitre Namah (Prostration to Him who produces everything).

Om Arkaya Namah (Prostration to Him who is fit to be worshipped).

Om Bhaskaraya Namah (Prostration to Him who is the cause of luster).

“It was only a sunny smile, and little it cost in the giving, but like morning light it scattered the night and made the day worth living.” ― F. Scott Fitzgerald