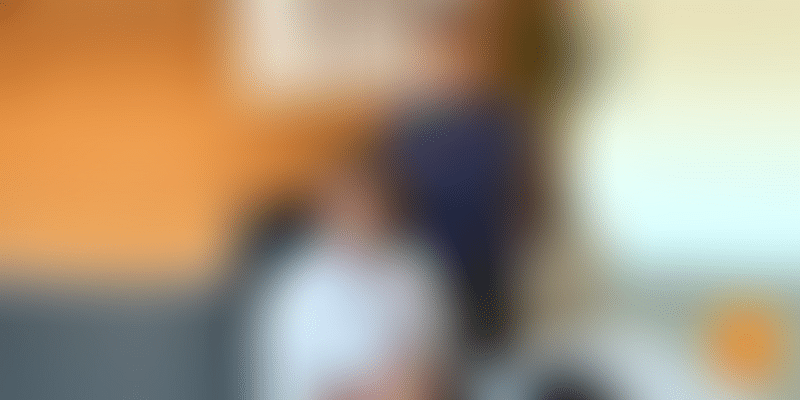 Hotshelf gives life to deadstock that are on the verge of expiry. With integrated retailers, wholesalers, and buyers, the startup is selling immovable stocks of expensive medical equipment for sale at discounted rates.

We know it’s clean up time at home when we start finding outdated products. And like most products, even healthcare products come with an expiry date.

While we do not think twice before discarding those pills, as it may not incur us a huge loss, businesses dealing with such expensive healthcare products in huge quantities may incur losses in lakhs or even crores if they fail to move their stock ‘deadstock’ on time.

Though there are software systems to keep a check on the expiry date of medicines and medical equipment, there is seldom a way to move that inventory out soon. This is where Mohali-based ecommerce platform Hotshelf found its niche.

Started by brothers Vaibhav Sethi and Anubhav Sethi in 2017 in Mohali, Punjab, Hotshelf is an online marketplace that gives life to dead stocks that are on the verge of expiry.

[Startup Bharat] With these startups, healthcare services are getting better in non-metros

“With integrated retailers, wholesalers, and buyers, Hotshelf is putting up immovable stocks of expensive medical equipment for sale at pocket-friendly rates,” says Vaibhav. The company is also in the process of tapping other industries which deal with deadstock such as FMCG, sports, fashion, and home appliances.

“Deadstock, which is a part of the ghost economy, is a menace to industries that deal with products. Thus, it is important for enterprises to take care of this notorious stock before it starts creating a financial burden for them,” he adds.

Before starting up, the founder brothers were part of the medical equipment distribution industry for almost 20 years. They worked as partners with companies like Johnson & Johnson, Baxter India, and Romsons Group of Industries to name a few.

Vaibhav says that at every financial year-ending, “we had to suffer from the mighty pain of loss incurred due to deadstock and could do nothing, but to silently bear the burden with no help in sight.”

“As a distributor, our business involved both wholesalers and retailers, and we could see they too had the common concern of the non-moving inventory eating into their profits, hindering the business. After years of research and brainstorming, we came up with the idea of Hotshelf, which is a prevalent concept in the fashion industry,” says Vaibhav.

When asked about potential competition with the likes of 1mg, Pharmeasy, and others, Vaibhav clarifies that Hotshelf if different from the e-pharma companies, as it deals with products which are on the verge of getting expired, and those that are not easily available at local stores or any other online medical portals.

Vaibhav says, there are no direct competitors in India for Hotshelf. Although there are a handful of small companies dealing with deadstock in India, they are part of other segments such as the fashion industry.

Hotshelf is an online platform that allows users to buy or sell products at their profitable interests. Here, companies, distributors, and retailers can showcase their products and connect with potential customers looking for a product that is rare to find.

A user can visit the platform to find such products at discounted prices. For instance, Philip’s SimplyGo Portable oxygen concentrator, which costs Rs 2,56,000, is available for just Rs 1,74,000, and 50 such pieces are available, which will expire in 2025.

Sharing an anecdote, Vaibhav says, sometime back, a paediatric patient from Ludhiana was in an urgent need of an imported catheter (a catheter is a tube passed into the bladder to drain urine). The product they were looking for was an exceptionally small one, and it wasn’t available with the local distributor or the importers.

“An online search for the product showed Hotshelf as the source. So, this is how Hotshelf not only saved a product from becoming a part of the deadstock, but it also helped a patient to get the treatment done. Hotshelf is a platform where everyone is at a win-win situation,” says Vaibhav.

Vaibhav claims that India’s medical equipment industry is estimated at around Rs 52,000 crore, and if you take the various distribution levels under consideration, the market inventory size to service this Rs 52,000 crore market should be around the same amount.

After speaking to industry experts, he says, they found that non-moving inventory, which is about six percent of the total share, creating a market of approximately Rs 3,000 crore for Hotshelf.

“Even if we tap 20 percent of this market, we have an opportunity to do a business of Rs 600 crore from the healthcare industry itself. Have a look at other industries and you’ll be shocked to see the market potential it offers. There are much bigger prospects for this market, only waiting to be discovered.”

Vaibhav says the startup is just like any other ecommerce platform, but with a simple twist. “The marketing models are the same, but we differ only in terms of products,” he adds.

Hotshelf earns its revenue as a commission on sales from the seller, which ranges from five to 20 percent, depending on the value and volume of the non-moving inventory.

While the co-founders did not share the number of companies and buyers on the platform, Vaibhav says the startup has collaborated with some of the biggest names in the healthcare industry, and discussions are on with others to get on board. In terms of revenues, Vaibhav says that Hotshelf will be profitable by FY 2022.

He adds that the startup marks 20 new buyers every day, and this number is ever increasing.

Currently bootstrapped, the brothers have invested their own money of close to Rs 1 crore to develop and promote Hotshelf.

Vaibhav says, the startup needs an investment between Rs 12 crore and Rs 15 crore by 2021 to build the team and support its expansion plans.

It currently has a team of seven people in Mohali. The brothers and the co-founder chose Mohali as a base because both of them are born and brought up in Chandigarh, and their distribution base covered the states of Chandigarh, Punjab, Haryana, Himachal Pradesh, and Uttarakhand.

“Thus, Mohali seemed like the perfect city to start our business owing to various factors like familiarity with the local market and authorities, reduced capital expenditure, and most importantly it’s just a stone throw away from our house,” says Vaibhav.

In the next couple of years, the company is planning to set up offices in other Indian cities including Delhi, Bengaluru, and Mumbai, and eventually spread its roots to every nook and corner of the country.

“We are in a continuous process of getting into diverse industries rather than getting stuck in the healthcare industry only,” says Vaibhav.