Facebook to invest in tech startups in India: Official

At the two-day event, organised by the Kerala Startup Mission (KSUM), Mohan also added that the first minority investment that Facebook made, was in Meesho.

Social media major Facebook is planning to invest in the technology startups in the country, a top official from the company revealed at the second edition of ‘Huddle Kerala 2019,’ one of Asia’s largest congregations on startup ecosystem, on Friday.

While addressing the opening session, Ajit Mohan, Vice President and Managing Director, India Facebook said “We now have shown willingness to make direct investments in technology startups in India. We are willing to spend our time, and energy to tap the massive depth of engineering talent in the country.”

At the two-day event, organised by the Kerala Startup Mission (KSUM), Mohan also added that the first minority investment that Facebook made, was in Meesho, which was able to bring around two lakh, first-time female entrepreneurs, online.

Citing the government data, the Facebook official said women’s representation in the technology sector stands between 30 and 35 percent.

“A lot of our energy must go to break gender imbalance. We have to think about what are the barriers that limit women from coming online,” Mohan said, adding that the company’s focus is on skill building, and introduction of platforms to startups.

Anil Agrawal, Joint Secretary, Department for Promotion of Industry and Internal Trade (DPIIT), said, other states should replicate the Kerala model in building the startup ecosystem.

“Around 1.95 startups are getting registered every hour in the country. In the next month, it may be two startups per hour. We have 22,895 registered startups in the country as per the records till September. Around 45 percent of startups come from Tier II and Tier III cities. About 9 to 10 percent startups have women as founders, and we have to promote women entrepreneurs,” Agrawal added.

The event, which hosts an array of technology experts and marketing leaders, will offer a unique platform for startups to showcase their products before technology and industry leaders from around the world. More than 30 speakers, investors and industry challengers are part of ‘Huddle Kerala’. 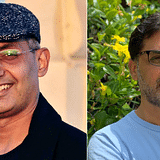 Is the lockdown a perfect opportunity to talk about family finances?