A few good men have platinum within 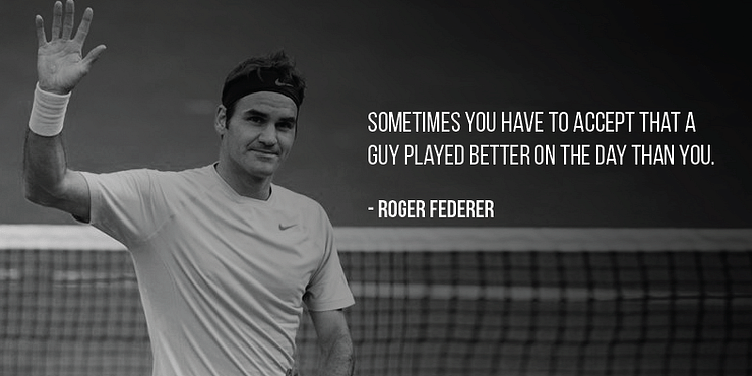 With older codes of masculinity being questioned, there is a breed of men of who have identified a much desired narrative to what masculinity can really stand for and is capable of. They define it by values, values that set a man apart, values that build character. These set of men are unafraid to look within, and believe in their potential to leave behind a legacy and be inspiring leaders.

Here’s a look at a few rare men who chose to live a life led by rare values, their success story is one that inspires, and display values that other men aspire to embody. Real stories where - perseverance helped achieve true potential, humility begot followers, commitment to give back uplifted an entire generation of young boys, and courage made the country take notice of the real problems.

When Nawazuddin Siddiqui first moved to Mumbai to look for work in Bollywood, he had no money to pay rent. He was forced to turn to his senior from the National School of Drama, who let him stay in his house, on the condition that he would cook two meals a day. And work was also thin on the ground. He knocked on various studio doors and visited sets, often on foot, to find a job. That only yielded small roles, often as part of a crowd. His first big break was in Aamir Khan's Sarfarosh in 1999, where he played a terrorist. But that turned to be a flash in the pan, despite receiving appreciation, and he was relegated to small roles for the next few years, but he didn’t ever back down. He looked at these lows as hurdles that would eventually be overcome. It would be another eight years before his next big break in Black Friday (2007). Known to be an epitome of perseverance in Bollywood, today he is one of the most recognized actors in Bollywood, respected for his choice of unconventional roles.

All of them said ‘kya hero banega (how will he become a hero)’ when I set out. When I go back now they say ‘isne toh karke dikhaya (he has done it)’. I made it possible."

Now known as a quintessential nice guy, Roger Federers appeal transcends tennis. Widely considered to be the greatest of all times, it’s his commitment, self-belief, hard work, natural talent and ability to soak up pressure have always defined him. But one of his greatest traits is how he handles himself with humility whether he wins or suffers a loss. In his media interviews, he has cited imbibing this value from his father, a champion sprinter whose philosophy was – “refrain from boasting and always give credit to your competitors”.

In a recent interview, he said that admitting he does not know something and wanting to improve and keep learning will always be a part of who he is. He added that just because he was once World NO. 1 or had won a certain number of titles didn’t mean he was clever or smart when it came to other fields. He is currently exploring an interest in learning art and playing the piano.

“Sometimes you have to accept that a guy played better on the day than you.”

Commitment to give back

Jithin C Nedumala is one of the three co-founders of MAD. The idea for MAD came when they visited a boys’ home in Kochi as students. They noticed how talented the children were and when they heard about their aspirations decided that they wanted to help the youngsters. And that is how they started MAD. Today, more than 2,000 professionals volunteer to teach over 5,000 children across the country through MAD. MAD has also got a lot of global recognition, including from the likes of Michelle Obama who personally backs them through her International Youth Engagement Program.

“Imagine somebody gave you the opportunity to leave the world a lot better than you had found it, wouldn't you take it? MAD gave me the opportunity to support and empower the most vulnerable children in India and, knowing it is possible keeps me going.”

Winner of 2019 Ramon Magsaysay Award, Ravish has been a revolutionary journalist. The citation for Ravish Kumar explained his work as “harnessing journalism to give voice to the voiceless” and his “unfaltering commitment to professional, ethical journalism of the highest standards”. Media - considered to be the fourth pillar of our democracy, in the recent times has been quite tainted with biasness and intense polarization. Amidst all this chaos, Ravish Kumar has been a beacon of light for showing the mirror of reality to those in power without getting scared. Raising real issues and speaking the truth - he has displayed what real journalism of courage is.

“Every day I’m stalked by a new lie. Every day I fight a new lie. It would be exhausting, but for the occasional sign that the fight is not in vain,”

Rahul Dravid is probably one of the most loved cricketers of all times. His legacy is proof of a man who remained true to his values. Time and time again, the Dravid name stands out, differentiated. Most of the time remembered for the traits he displays – humility, tenacity, and authenticity, because they come in an era where they are exceedingly rare. Whether it's sharing classy birthday videos, giving due credit to the support staff, taking a pay cut or praising his team members, Rahul Dravid has shown us that it's only authenticity that shines both on the field and off it!

“If I had been dropped…I would’ve still continued to play first class cricket. Not in the intention of trying to make a comeback…but because I still wanted to just play the game.”

These few men have definitely demonstrated that finding platinum within is what makes a man of character. The journey might not be easy, but living a life of values is the only way to personal greatness.