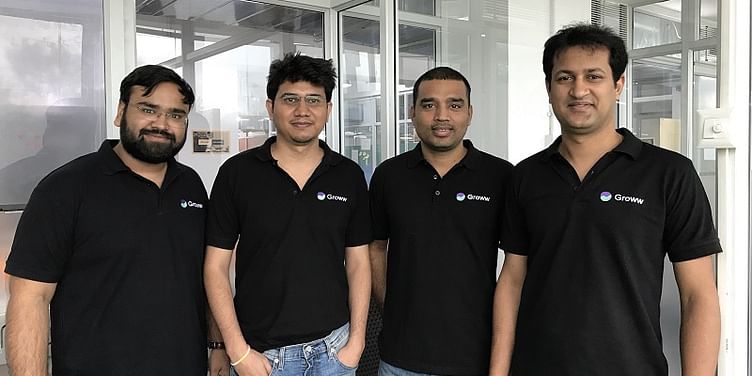 Fintech startup Groww said that the funds will be used to double the employee count to over 200, and hire across functions of engineering, product, and growth teams.

Bengaluru-based wealth management platform Groww, on Thursday, raised $21.4 million as a part of its Series B funding round led by US-based VC firm Ribbit Capital along with participation from existing investors Sequoia India and Y Combinator.

According to the startup, Groww will use these funds to double its employee count to 200 plus, and hire across functions of engineering, product, and growth teams. The company also aims to use a significant portion of the capital to fortify tech capabilities and build super scalable infrastructure for investing.

A part of the funding is expected to be used for compliance purposes.

“We started Groww with a mission to democratise financial services in India. Today, we are the go-to platform for the new generation of investors. This round brings one of the best fintech investors to partner with us in addition to the already great set of partners that we have. In addition, the capital will enable us to strengthen our team to build exciting products for our users.”

“We backed the Groww team because we believe in their mission. They have built the most trusted product in this space and are on the path to create a category-defining product.”

The platform has more than 2.5 million users across India, with 60 percent of them coming from outside of the top six cities. Lalit also claims that two-third of their customers are first time investors (in online financial instruments) and continue to be between the ages 25 and 40.

Additionally, it has directly partnered with close to 36 to 40 AMCs.

“Sequoia India continues to be impressed by Groww’s execution of their vision to provide a low-cost seamless investing experience. We are excited to have Ribbit Capital join the team and look forward to partnering with them to build Groww.”

In the next one year, Groww is looking to introduce three to four newer investment products on its platform. This will include tapping into ETFs and other asset classes. The founders also state that they are looking to launch ‘Digital Gold’, on the platform.

“We remain super focussed on crafting the best customer experience for investing in India. Very soon, users will be able to invest in stocks on Groww “ added Keshre.