During April-June 2019, about 10.88 million videos were flagged by users globally, as per the YouTube Community Guidelines enforcement report.

During April-June 2019, about 10.88 million videos were flagged by users globally, as per the YouTube Community Guidelines enforcement report.

In the last edition too (January-March 2019), India was leading the tally. Users flag content for a variety of reasons including spam, violence, hateful or abusive, or being sexually inappropriate.

In a blogpost on Wednesday, YouTube said it has removed over one lakh videos for hate speech alone, while more than 17,000 channels were terminated for the same reason.

Total comment removals nearly doubled in the second quarter to over 500 million, in part due to a large increase in hate speech removals, it added.

The company said improvements in its automated flagging systems have helped it detect and review content even before it's flagged by the community, and consequently more than 80 percent of those auto-flagged videos were removed before they received a single view in the second quarter of 2019.

"We're determined to continue reducing exposure to videos that violate our policies. That's why, across Google, we've tasked over 10,000 people with detecting, reviewing, and removing content that violates our guidelines," the blogpost said.

Recently, media reports suggest that Google will have to pay $150 million to $200 million to settle a complaint with the US Federal Trade Commission (FTC) over how it treats information from children on its YouTube video site. 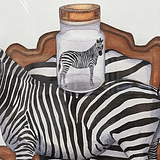 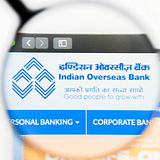