Voice of the insured: How startups can solve the most critical patient pain-point of the insurance process! 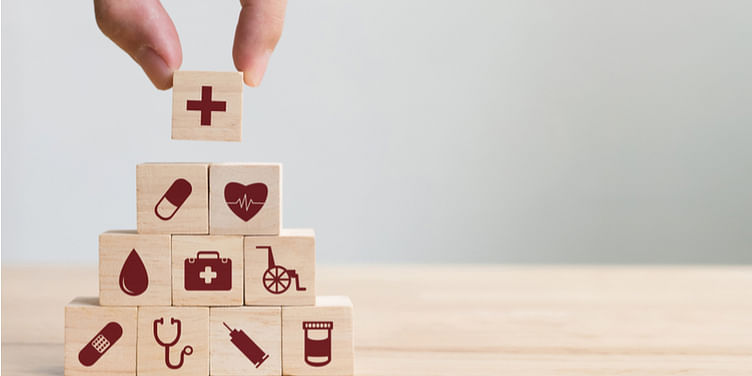 The sector that is projected to grow to $280 million by 2020 can get a fillip by new startups answering the needs of customers harassed by unpaid claims while building trust in a sector rife with problems.

More than 75 percent of the Indian population is not insured under any public or private insurance plan. Even those who are insured face immense challenges while filing claims. To bring AI into this sector, and ease the pain points of a customer while enhancing its reach, startups are the need of the hour.

Last year, about 16 million healthcare claims to the tune of $5.2 billion were filed in India, and this is growing at 30 percent CAGR. If a startup can tap into even 1 percent of this base (~160,000 claims), a claim base of $52 million is within reach. At a 5 percent service fee, that comes to $2.6 million revenue just from managing claims.

Indians typically save money by way of financial instruments such as fixed deposits, liquid funds and chit funds to help them navigate the financial shocks arising due to health events. Some end up selling homes to cover healthcare costs. The important question is why is this so? And what are the challenges in equipping people with good financial practices including insurance to help them through tough times?

Let us look at this problem from the point of view of Ravi, a 30-something senior marketing professional with a technology firm. Ravi holds two health insurance policies for himself and his family (comprising his wife, children and dependent parents). One is through his employer, and the other he bought himself. Ravi took both these policies during his early 20s, and has been paying premiums regularly. At the time, there was no one to reach out to in order to understand the potential scenarios that could arise in various stages of his life, and the relevance of the terms and conditions of his policies.

Last month, Ravi’s father experienced severe chest pain and was rushed to a hospital. The thought of visiting an empanelled hospital did not strike him as he had yet to identify the one nearest. The ER team quickly diagnosed that Ravi’s father had suffered a heart attack and prepared to admit him into an Intensive Critical Care Unit. The upfront bill was about Rs 1,50,000. Given that Ravi had home and car EMIs, he was faced with a liquidity crunch. With a faint recollection of buying an insurance policy, apart from the policy number, he was unsure how it could help him in this time of need.

As time was running out, he had to dig deep to get his questions answered. “Is the current hospital a network hospital? Were cardiovascular health events covered? Is he eligible for a cashless claim? If the costs increase, will he have to pay via debit card or break a fixed deposit?”

Obviously, Ravi did not want to delay treatment while he scrambled to gain clarity. There was literally no one that he could think of who had the know-how to help except for a few friends who had faced similar situations.

While Ravi was losing time, the hospital system was extremely slow in ascertaining whether his father was eligible for cashless hospitalisation. An alternate option was to just pay the money to begin treatment. That is what Ravi did. Which also meant that he ended up spending more cash. Over the next couple of days, Ravi managed to locate a network hospital and thought of moving his father there. But the hospital administration was clear that such a discharge would be Against Medical Advice (AMA) - a term he had never heard of before. AMA is a hospital’s code that essentially signifies that the family of the patient has willingly increased the risk to the patient (by moving him). Ravi called up his network hospital, and was told that in this case, if the patient is discharged against medical advice, even they might not admit his father.

His father was treated at the same hospital, and fortunately, recovered after surgery. The overall medical costs for seven days of hospitalisation was around Rs 4 lakh. During this time, he was also absent from work. Over the next three months, a cumbersome process ensued - getting claims reimbursed. Unaware of the terminology in fine print, Ravi had to face multiple queries based on lack of adequate documents; and finally, had to settle at a claim amount which was just 40 percent of what he had claimed for.

The whole ordeal left a bad taste, and Ravi questioned the point of the insurance process. Everything that he learned about why most of his claimed expenses were rejected was apparently written in the original paperwork he had signed. But this realisation came 10 years too late. The insurance company had broken his trust.

The scenario is dismal for many

Every year, millions of individuals like Ravi go through a similar ordeal, and quite a few eventually stop paying premiums due to a lack of trust.

Fulfilling the promise of insurance is the key to building a patient’s trust!

Trust is critical in the relationship between an insurer and the insured. This is because insurance, at its core, is a promise. A promise to help the insured navigate through a financial shock arising out of any unforeseen health event. Trust is either amplified or eroded during three key moments of truth that occur in an insurer-insured relationship:

Irrespective of where the error lies (the insurer, agent or insured), an unmet expectation erodes trust. During a medical emergency or any other health-related event, patients and families who encounter uncertainty about processes can be highly stressed at a time when they need help the most.

The startup way to insurance

As an entrepreneur, you wonder, “How can I build a startup that can address this large-scale pain point, provide value to patients in India and build a viable business?”

You can build an end-to-end service by starting from the fundamentals, structuring offerings to be in the interest of the patient, understanding a patient’s journey, acting as an advisor during key decision points and keeping trust-building at the core. This can create a powerful consumer brand, and thereby build a scalable and profitable business.

A startup which acts as a Digital Insurance Advisor (DIA) and extends technology-driven assistance to individuals on selecting the right policies, step-by-step navigation during various health events and solving the most important pain points of insurance claims. The complete solution involves:

A patient-focused brand that can grow the market as it grows!

The key focus for a DIA will be to ensure that the first positive experience (a successful claim payout, however small) is achieved as soon as possible, with least effort from the patient. Early trust can compound itself over time more than trust that is generated later in a relationship, just like compound interest on the principal. Further, a startup that uses the right metrics for measuring its success and winning a patient’s trust can build a strong consumer brand, and hence a viable business. As insurers realise that the startup has built great trust into its base, they might also be keen to provide higher levels of service. This will distinguish a DIA from the existing insurance providers.

If a trusted B2C brand is built, the target market size will only grow with app usage, insurance premium, etc. With the insurance industry projected to grow to $280 million by 2020, there is a huge market base to be tapped. Moreover, data collected by a startup is useful for insurers to design better insurance products, helping the startup develop a more defensible revenue stream over time.

As an entrepreneur, ask yourself these two questions.

So, how will you go about building a Digital Insurance Advisor (DIA) service? We would love to hear your thoughts.

CIIE’s Bharat Inclusion Initiative has created this use case as part of the ‘Building for Bharat’ series to spark conversations around how technology-enabled entrepreneurship can enhance inclusion of the underserved in India.

Why a data-centric system will make healthcare affordable to all, not just the wealthy and insu...