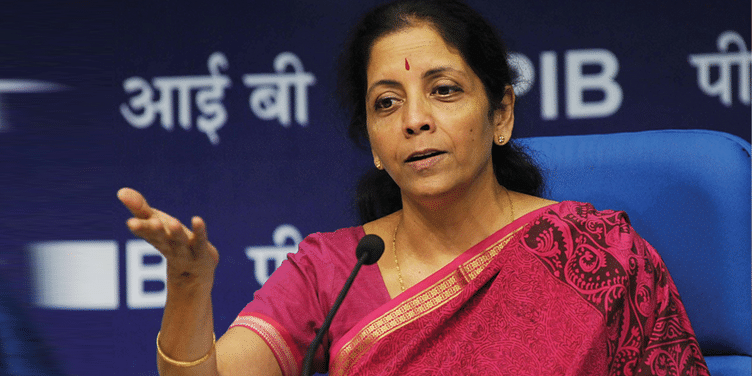 Sitharaman said that some studies had revealed that there was a change in the mindset of the millennials not to commit any EMIs towards buying an automobile and instead taking Ola, Uber, or the Metro (train) services.

Finance Minister Nirmala Sitharaman Tuesday said the slowdown in the automobile sector was due to many factors like the change in mindset of millennials, who now prefer taxi aggregators like Ola and Uber instead of committing to monthly installments to own a car.

Sitharaman said the automobile industry did have its "good times" till two years ago.

"It was definitely a good upward trajectory for the automobile sector," she told reporters.

The minister said the sector had been affected by several things, including movement towards BS-VI norms and registration related matters and (also) change in mindsets.

She said some studies had revealed that there was a change in the the mindset of the millennials not to commit any EMIs (equated monthly installments) towards buying an automobile and instead taking Ola, Uber or the Metro (train) services.

"So, a whole lot of factors are influencing the automobile sector. We are all seized of the problem. We will try to solve it," she said.

The Bharat Stage VI (or BS-VI) emission norm will come into force from 1 April 2020 across the country. Currently, vehicles conform to BS-IV emission standards.

On August 23, in a bid to address the slowdown in the auto sector, Sitharaman had announced lifting the ban on purchase of vehicles by government departments and allowed an additional 15 percent depreciation on vehicles acquired from now till March 2020.

Also, the government clarified that BS-IV vehicles purchased up to March 2020 would remain operational for the entire period of registration, while also considering various measures, including scrappage policy to boost demand.

Last week, Seeking urgent stimulus from the government in the form of GST reduction, the auto industry also cautioned that if the current slowdown in the sector continued, there would be further job losses that could have societal and social consequences.

The auto industry, through the Society of Indian Automobile Manufacturers (SIAM), has been asking the government to reduce GST on automobiles to 18 percent from 28 percent.

According to SIAM, vehicle manufacturers have laid off around 15,000 temporary workers, while dealers have witnessed around 2.8 lakh job losses with nearly 300 dealerships closing in the past three-four months.