After helping over 500 cancer patients, oncology startup Carer now aims to treat other critical illnesses with its holistic healing protocol 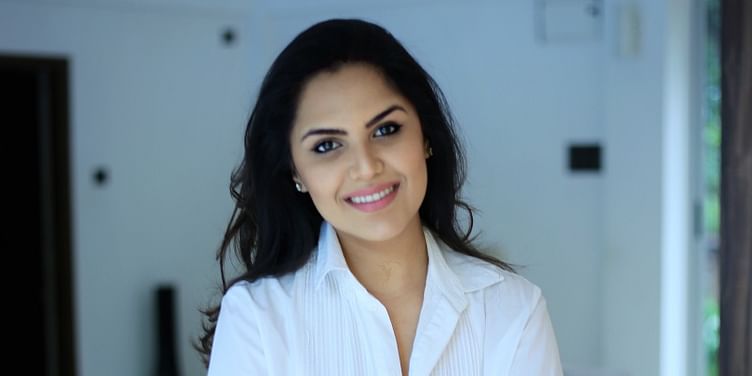 Samara Mahindra started Carer in 2018 with an aim to bring a holistic approach to cancer care. Now, the platform, which has tied up with top hospitals in the country, is aiming to treat other critical conditions.

Samara Mahindra was 23 years old when she lost her mother to cancer. Having lost her father when she was just three, this was a big blow to her.

“She was an integral part of my life and I didn’t know anyone else stronger than her,” she says.

After the diagnosis, she saw her mother undergo treatment and beat the disease. But unfortunately, it relapsed, and she had to undergo further treatment for many years. It was then Samara started noticing how the disease can take a toll on not just the patient, but also on family and friends.

In 2018, this led her to start Bengaluru-based Carer, an oncology startup that provides personalised cancer care to patients. The platform’s integrated therapy focsues on treatment to help patients during and after cancer treatment.

“There were many things lacking in cancer care. There is nobody to tell you what to do, how to take care, the nutrition you need to have when you are undergoing therapy, etc. There are also a lot of factors associated with care after treatment, and nobody talks about it. There can be a holistic approach,” says Samara.

What does Carer do?

The startup has also raised an undisclosed round of funding from Zhooben Bhiwandiwala, Head, Mahindra Partners, and Sahul Agarwal of Sahul Capital.

Carer mainly focuses on providing a holistic approach to cancer patients at home.

“We work alongside the treatment and even post treatment. There is so much emphasis on conventional treatment that no one looks at what happens to the patient, their lifestyle, food habits, movement, and the emotional baggage that is being carried. That is what we focus on,” Samara says.

Carer was started with the objective to offer extended care to cancer patients. It means being able to support the patient mentally and physically by educating and empowering patients and their caregivers with knowledge.

Carer was initially launched as an online platform to provide information about integrative and holistic therapies, and to connect therapists with those who were looking for help beyond treatment. While the information was essential, the startup soon realised that providing information is only going half the way.

People wanted on-ground facilitation and one-on-one interventions. That’s when we took the mammoth task of building an integrative oncology solution on-ground with a network of some of the most credible and reputed therapists in the country, Samara says.

However, the challenge Carer faced was that while these therapists were extremely professional, they weren’t trained in oncology specifically. This led to their next endeavour of creating a cancer care training programme for in-house therapists.

“We spent the rest of our time using the training material, creating a refined methodology, and testing this on over 39 cancers and 500 patients. And this led to the Carer Protocol built on the Carer methodology, which is being validated by the medical community, resulting in an integration of the protocol along with mainstream treatment in India,” Samara says.

The Carer nutrition protocol aims to provide customised nutritional plans for patients during and post treatment , and addresses the nutritional deficiencies of the patient in order to expedite healing and recovery.

The objective of the mental well-being protocol is to provide a supportive environment to the patient and his/her family by helping them accept the disease and move on.

One of the biggest challenges faced by the startup was the lack of knowledge about the importance of integrative and holistic therapies, and the effects it had on the patient.

“Most people didn’t know about it and thought it was a supportive, 'feel-good' programme that one could indulge in if they were economically equipped. This led to some amount of hesitation initially. But this began to change when Carer started proving its impact on the quality of life of cancer patients during and post treatment through substantial amounts of data,” Samara says.

The team faced the same obstacle from the medical community as well. While they understood the importance of integrative oncology, they showed hesitation with the effects of the protocol on their patients.

“This took excessive amounts of work in driving the quality, data, and refined approaches to prove impact. When patients were going back with positive feedback and testimonials, doctors started reaching out to us directly,” Samara says.

Currently, the team focusses on a B2B model with services provided at home or in hospitals. It has also tied up with Manipal Hospitals, Aster CMI, Fortis, and Sparsh Hospitals to deliver its services.

“Investing in Carer was giving a chance to a concept or idea that has the potential to change the foundation of healthcare. We, as investors, buy into a vision that is not limited by the realities of here and now. Carer has a mission larger than what we can perceive today, and, if successful, can have a global impact. Also, it’s important to add that this vision needs to be led by a powerful presence of passion, commitment, and perseverance to ride the tide and see it through. Therefore, it was not just investing in Carer but investing in the Founder, Samara Mahindra, as well.”

According to the National Institute of Cancer Prevention and Research (NICPR), as of last year, there were over 22.5 lakh cancer patients in India, and every year, over 11.5 lakh people are diagnosed with cancer. Close to 10 percent of Indians are at the risk of developing cancer before they reach 75 years in age.

While there are many top global research firms working on the problem, several startups are also looking to bring in awareness and care to patients and caregivers. Startups like Niramai, which is an artificial intelligence-based pain-free, breast cancer screening solution, helps detect breast cancer in its early stage. There are others like Sascan, Theranosis Life Sciences, Onco, and Onward Health, all of which focus on cancer care.

Speaking of the market, Sahul says cancer rates and treatment costs are escalating rapidly, with a growing number of cancers that are lifestyle related.

“In India, the market for cancer is more niche and relatively smaller compared to other chronic diseases, but the average spend on cancer treatment is well beyond many other diseases accumulatively, and this is only increasing. The oncology market is extremely lucrative and requires the involvement and investment to find long-term solutions,” Sahul says.

With Carer, he says, the objective has been to gather data and improve patient outcomes through research and evidence. Carer has primarily focused on this, which is now showcasing substantial improvement in the quality of life.

“Carer has built a protocol that can be integrated and complemented with mainstream care for cancer, and this is a profound evolvement for any company in the span of one year,” Sahul says.

Samara believes that when one is diagnosed with cancer, people think it’s the end of the road. This, she says, is far from the truth. Cancer can be managed if you have the right tools and therapies to take you forward.

Speaking about the future, she says, as the Carer Protocol has been significantly successful in improving the quality of life of cancer patients using lifestyle management therapies, they have been approached to adapt similar practices in other verticals such as neurological conditions, cardiac problems, nephrology, and so on.

She adds, “While this is tempting, we aim to specialise in oncology at the moment, and provide the best to cancer patients. However, the future does look hopeful in being able to build Carer Protocols for all chronic and critical illnesses. While we offer therapies on-ground, technology is beginning to play a vital role in monitoring patients, retrieving data, and delivering therapies more efficiently. Online versions of the Carer Protocol are already being offered to patients from Tier II and some Tier III cities. Therefore, addition of new verticals, expansion to all Tier I cities, and technology solutions are the future plans for Carer.”