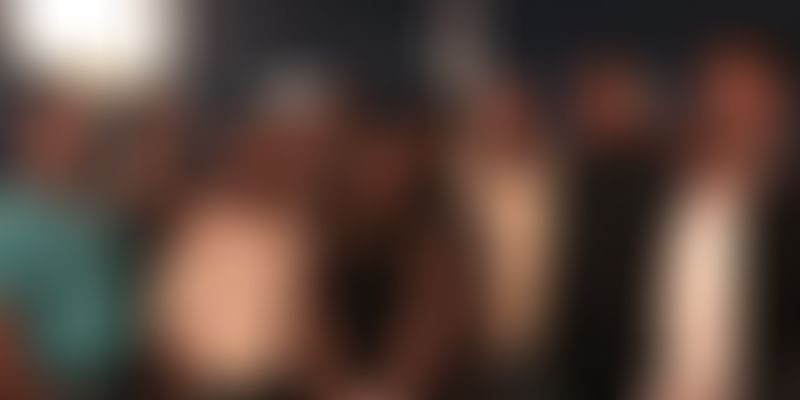 The rising need in the area of surveillance is driving many companies across the globe to come up with innovative solutions. Government organisations and tech companies in India are also working in the facial recognition domain to build top-notch products and services.

Rohan says, our vision is “to finally make machines work for us through Artificial Intelligence (AI), instead of us working for machines. We started Inkers to solve the core pending problem of visual perception”.

Some of its key clients include Landmark Stores, Mistral, Select Citywalk Mall, RG Kar Medical College, Ramaiah Memorial Hospital, and the Britannia Group. So far, the startup has served over 20 B2B customers.

Rohan started a company called Notion Ink Design Labs in 2009. His college friend Manish joined Notion Ink as the COO. With a Masters in Integrated Mathematics and Computer Science from IIT Kharagpur, Manish spent six years in Schlumberger. He specialises in business, operations and strategic initiatives.

At Notion Ink, they created intelligent devices in the form of tablets to automate workflow. But the software or hardware ecosystem for handheld devices didn’t scale. To solve this, Manish and Rohan founded Inkers to directly focus on AI. However, Notion Ink still focuses on the B2B segment of it.

Later, the duo was joined by Srikanth Kandada as of one of the co-founders. Srikanth comes with 20 years of experience in sales and marketing, and has worked with companies including HP, Xerox, and Microsoft. Before joining Inkers, he was the Country Head of Local OEMs at Microsoft.

Today, there are 12 members working with Inkers, which includes people with a background in manufacturing, AI, chip design, operations, and sales. “The team comes with a great mix of experience,” Rohan says.

Software as a service

The startup’s core product, called InkVision, is an AI Operating System that provides visual metadata for every camera frame, such as recognised faces or objects. Inkers went live with its product last October.

“In the boxed solutions, Inkers provides end-to-end HRM, security, and surveillance solution, and is billed monthly per camera,” says Rohan.

On the other hand, it uses InkVision to provide turnkey solutions to large enterprises, reducing their deployment time. InkVision, when hosted on a single edge device, provides face and object recognition for Human Resource Management, security, and surveillance. For large enterprises, Inkers provides workflow automation solution, and it is billed per seat or per camera depending on end use.

“Most of our customers are Fortune 500 companies, and every win adds to our confidence. We have also worked for the CBI/ crime department, doing our bit to help law enforcers,” says Rohan.

Based on a SaaS model, Inkers has been seeing a 40 percent growth every quarter. “Our recurring revenue further adds to our strength,” says Rohan.

Initially bootstrapped, Flipkart founders Sachin and Binny Bansal were the early investors in Inkers. They invested $1 million together in 2015.

Apart from them, Anees Ahmed (Founder of Mistral), and other HNIs have invested close to $500,000 into the startup.

"Specifically, Face Recognition market is expected to be $12B market by 2022," says Rohan.

Largely speaking, Inkers competes with biggies including Google and Microsoft - most of which are cloud-based.

"Since we focus on visual perception on edge, which can be deployed on scale, we do not have much of a competition in the B2B domain,” says Rohan.

Inkers also competes with the likes of Videonetics, NEC, and Accenture.

However, the founders claim that they have a monopoly in the market at present, in the sense that their solution is not dependent on cloud, so their clients’ data never needs to leave the premises.

Going ahead, the team plans to start international operations and raise Series A investment. “We plan to enter the US by next year,” Rohan says.