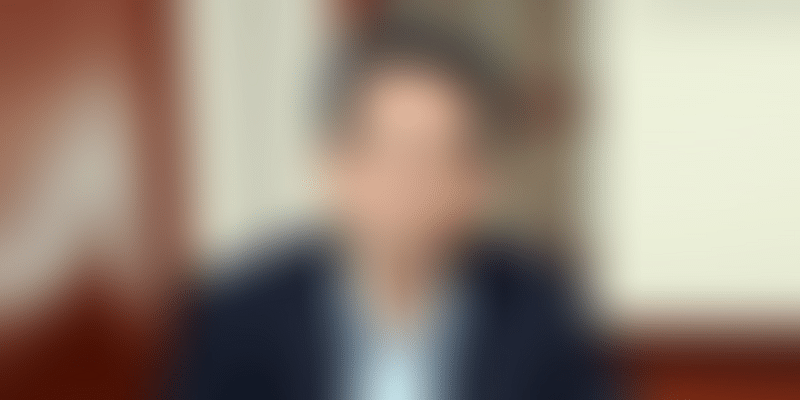 In this episode of the 100X Entrepreneur Podcast, Rajan Anandan, angel investor and ex-VP, Google India & South East Asia, talks about his learnings so far, the changing dynamics across sectors, and the future of the Indian startup ecosystem as he sees it.

A graduate in mechanical engineering from Massachusetts Institute of Technology and a postgraduate from Stanford University, Rajan started his career with consultancy firm McKinsey & Co. He worked closely with Dell Founder Michael Dell, and was also Microsoft India MD before joining Google. Apart from his presence in India, he is also an active angel investor in Sri Lanka.

For the podcast, Rajan spoke about how, apart from making investments in tech startups, he has also made investments to learn about the respective sectors. He advised founders to go after big problems and not small ones.

Siddhartha Ahluwalia, Founder of 100x Entrepreneur Podcast and Co-founder of SHEROES, caught up with Rajan Anandan in this episode of the podcast, a series that features venture capitalists and angel investors.

The 100x Entrepreneur Podcast is an endeavour to know their habits, mindsets, and viewpoints that can help entrepreneurs scale 100x.

Tune in to listen to Rajan Anandan in conversation with Siddhartha:

Speaking to Siddhartha on the topic of “what has changed in the Indian startup ecosystem”, Rajan said, “There have been certain important changes in the last several years. The first is, many more Indians are connected to the internet and, specifically, to high-speed networks. Today, more than 400 million Indians are active on the internet every single day, where they spend four to five hours a day. Besides, they get affordable broadband, and that’s important from a scale perspective. You see many consumer internet companies scaling on the users’ side.”

Giving examples, he pointed out that BYJU's has 1.5 million paying users. “There are quite a number of companies that now have thousands of subscribers.”

Rajan added, “The second thing is there is a broad-basing of companies today. Earlier, all the action was in consumer internet companies. If you see the data from last year, you will find a larger number of B2B tech companies than B2C companies founded in India.”

He encapsulated the third point as a dramatic change in the pace of scaling up. Giving an example, Rajan pointed out that Udaan ushered in a new wave by scaling up from zero to $1 billion valuation in two years. “Two years earlier, if you would have asked me ‘would you see any startup become a unicorn in two years’, I would have said not for a very long time.”

He also spoke about how the number of unicorns being created every year is increasing.

He affirmed that the funding environment in India was very positive.

“There was a time when it was difficult to raise even $10 million. But, today in India, you can raise $1 billion. We are very much on track to have 100 unicorns by around 2025. This is a very interesting phase for the Indian startup ecosystem,” he said.

Speaking about monetisation in Indian startups, he said, “Monetisation has been quite difficult for some time now. India is really about the user-growth story on the B2C side. I think that is changing. The existing market is not huge but quite sizeable. You have a $30 billion ecommerce market and a ride-hailing market that’s quite huge. UPI is the biggest boon that has come to the Indian startup ecosystem. Now, you have over 100 million Indians who transact online. Today, you can pay not just Rs 1000 or Rs 1500 online. Transactions of Rs 10, 20, or 30 have also become possible. Monetisation is improving. But it is still early days.”

Unicorns and their potential

When asked about the SaaS category and the potential for startups in that sector to become unicorns, he said, “I have been a big believer in SaaS for a long time. If you look at my angel portfolio, more than half of my investments are in SaaS companies.”

He added, “We are still a few years away from having a hyper value creation in Indian startups. Zoho and Freshworks are the two SaaS unicorns. This year, we will see probably a third unicorn in the category. We will have one SaaS unicorn every year till probably 2023, after which we can see several SaaS unicorns coming up every year.”

Siddhartha also asked him why, in his opinion, there was a renewed interest in ecommerce and mobility. To this, he said, “If you would have asked this two years ago to someone, they would have said ecommerce is over. ‘You have Amazon and Flipkart and each one of them spends a billion dollars. How can new startups come up?’ But, the fact is, in a country where you have 400 million-plus daily active users you have only 70 million who transact on ecommerce sites. So, there is a huge amount of headroom that is left.”

He pointed out that the first 50 million users, who were by now very comfortable with transacting on ecommerce sites, can currently buy different products. These users who were always comfortable with buying phones and fashion online are now buying groceries and fresh seafood. “There is a set of companies that would go after these first 50 million customers. Then, there is a new class of companies, what you call ecommerce-2, like Meesho and Bulbul, who will also go after these customers. Then, there are the non-English audience, for whom video products would be leveraged. So, I think there will be several billion dollar companies coming out of this new wave.”

Speaking about mobility, he said, “Two years ago, people would have said, there is Ola and Uber and no space for new players. But, the fact is, today, we are seeing more activity in the mobility space. Bike-taxi operator Rapido, one of the companies in my portfolio, for instance, is growing at an unprecedented rate.”

He also spoke about Bounce and Yulu as having very innovative models. “Most of India can afford to spend only a few rupees for transport. So, we have to invent models to hit that price point with a viable long-term unit economy.” He held out the opinion that the four-wheeler market had played out and was slowing down.

“So, it’s really going to be two-wheelers, three-wheelers, and a new kind of transport coming up, and over time a lot of them would migrate to electric.”

On Siddhartha asking him about India having a two million e-rickshaw unorganised market currently, Rajan, said, “A massive number of Indians take buses and trains. India has a 100 million people who have two-wheelers. So, it is not surprising that Rapido is scaling so fast. There exists a lot of opportunity in mobility. And, that is excluding electric and ancillary.”

Talking about his interest with regard to the type of companies to invest in, he said, “I am excited about every company that I have invested in. There are some companies who are doing very interesting things. There is one company, Genrobotics, which I invested in last year. It is a startup from Kerala, and they are building robots to clean manholes. There are about four million manhole-scavengers in India and they mostly don’t live beyond 32-35 years because of the kind of work they do. This startup has built a robot called Bandicoot, and they train scavengers to operate these robots.”

Another company that is doing great and interesting things was Nayan, he added. “The app can record all the traffic violations in real time. They wanted to partner with the police and state governments. Theoretically, if they can get 10-20 million users who would become real-time capturers of traffic violations, a huge amount of data can be processed with computer vision to identify traffic violations.”

He stressed that his bets were less about the space / sector and more about the founding team. “The reason I invested in Rapido was their thesis was very interesting. But, it’s a fact that Arvind and his team are super ambitious and very focussed leaders who are going to make it big. And, that’s the case with every single company I have invested in. I bet on the founding team.”