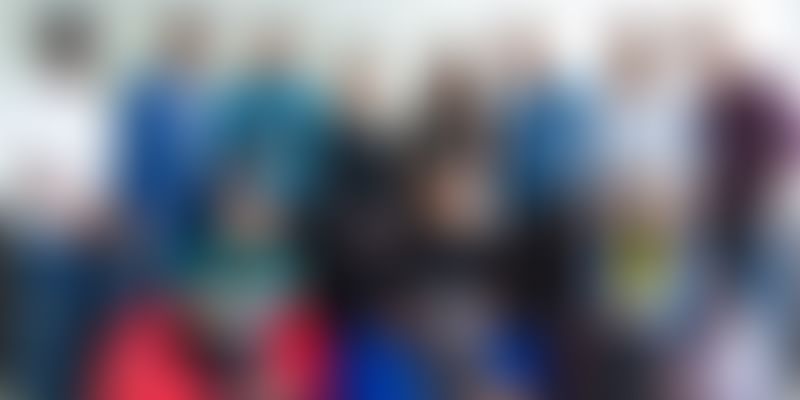 At a time when the economy is reeling from a slowdown and consumers are demanding more benefits from transactions, a Bengaluru-based ecommerce deals startup is encashing on this downturn. Online cashback loyalty platform PaisaWapas provides extra rewards and loyalty points to consumers on online transactions with its partner stores like Flipkart, Amazon, TataCliq, Myntra, and many more.

The startup claims to have been profitable last year, and is looking to grow in a slowing economy.

The entrepreneurial startup bug hit Shankar Kotuli, CEO and Co-founder of PaisaWapas, during his student days when he started Quesme, a social networking-based question and answer site. After graduating from IIT-Roorkie in 2011, Shankar joined Vedantu and worked as head of technology till 2015. His second stint as an entrepreneur was in 2015 when he started Shoppist, which later shut down.

His entrepreneurial drive remained in top gear, and he started PaisaWapas in 2016, accruing profits within the first four years. Shankar started working on PaisaWapas during his Vedantu days, and was joined by Ashish Kumar who was in the final year of his college at that time. Ashish (26), a B Tech and MTech from IIT-Kharagpur, is a co-founder and the COO of PaisaWapas.

On how Ashish was a perfect fit, Shankar says, “I knew him since his time during IIT JEE preparations in 2010. As Ashish was in college, he got aligned with this idea instantly. In the initial days, I along with Ashish built a team of a few student ambassadors. We raised one angle round in December-2016, post which we started hiring the initial team. Our current team size is 16.”

“When we started PaisaWapas in 2015, there were already a few players in the cashback segment, and it was very difficult for us to compete. We started focusing on the students’ market. We built our Campus Ambassador Programme, which helped us gain our first 50,000 users in just six months. It helped us make initial revenue to take PaisaWapas to the next level,” Shankar says.

The student ambassador programme propelled them further. “Initially, it was difficult to on-board campus ambassadors who would work with us for four to five months, especially without having a budget to pay a stipend. To overcome this challenge, we focused on helping our ambassadors learn more on the ground about marketing and product development. We also discussed various cost-effective ideas to market PaisaWapas, and features to be incorporated. We went on to build a team of over 2,000 students ambassadors from college like IITs NITs, BITS, DU, Manipal, VIT, and other top colleges around the country,” Shankar says.

Speaking about initial challenges, he says, “A lack of funds, proper team, and customer retention were the major challenges. But focusing on the students’ market helped us overcome all challenges gradually.”

Shankar recalls that the cashback model "had gone crazy" due to Paytm and Freecharge back in 2014-2015. "The fact that the students did not have enough pocket money for shopping made us think about, ‘why not create something for students where they can save money, not just on recharges/bill payments but also on every online transaction they do in their daily life?"

To avail the cashback/reward, users need a PaisaWapas account, and are required to search the store/merchant they want to shop at.

“We curate all information about cashback/rewards or deals in the store page listed on our website and app. So, the user can click out from PaisaWapas before shopping. Everything else remains the same, the user can complete his shopping, and within 24 hours, s/he receives a confirmation SMS and email from our end about the amount of cashback/reward earned," Shankar says.

The earned cashback/reward remains pending until we receive the validation of the product delivery status from the brand. "If the product is successfully delivered, the cashback/rewards gets confirmed into the user’s account, which s/he can redeem.”

Apart from the cashback loyalty business, the startup also allows users to purchase/gift vouchers and gift cards from 200+ brands . “We partner with brands, banks, and payment gateways to bring attractive offers, which give the user extra benefits. We also have a corporate loyalty programme that we launched in June this year where we enable corporate-run employee rewards and recognition, channel partner loyalty, and sales channel incentive programme,” Shankar adds.

The startup claims to generate gross merchandise value of around Rs 15 crore per month for its partner stores. The firm claims that it has over one million registered users, and its monthly traffic has increased from 10,000 visitors per month in 2016 to 1.5 million visitors per month today on its website and Android App.

“We get paid a percentage/fixed fee for referring sales and customers to our partner merchants. This fee varies from two percent to 40 percent of the transaction amount, and it differs at partner level, new user/old user, and product category level.”

PaisaWapas had raised one round of undisclosed angel funding in December 2016 from Vividhity Ventures, a group of IIT-BHU alumni and senior Infosys and Dell executives. Today, the firm claims to be profitable and is sowing back the profit for growing the business.

As the startup scales, the core team wants to focus on an important segment: Bharat. It is clear that the next set of online shoppers are all from Tier III and Tier IV towns, and not fluent in English. The startup plans to launch multilingual support at PaisaWapas in the next six to eight months.

“We are in the process of launching a deal commerce platform which will be an extension of the PaisaWapas Cashback and Reward Platform. On this, a user can earn money by simply sharing deals of Amazon, Flipkart, and 300 other ecommerce websites on Whatsapp, Facebook, YouTube, and Telegram,” Shankar says.

Now Paytm wants to give you cashback in solid gold