[Startup Bharat] With an initial investment of Rs 4 lakh, Manipur's Medilane is Northeast's Uber for ambulances 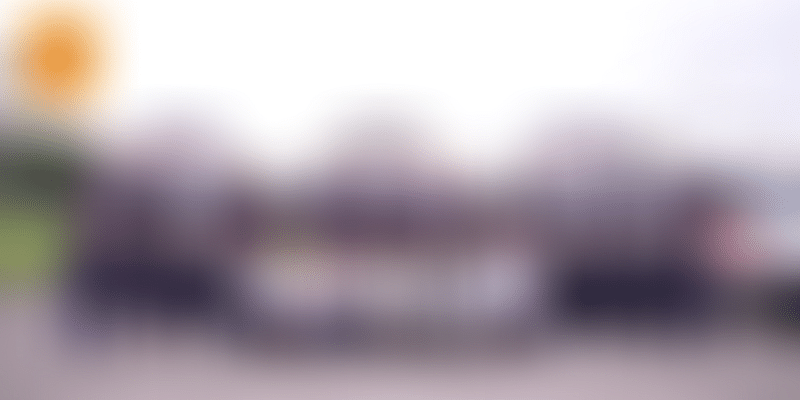 Manipur healthcare startup Medilane acts like an ‘Uber for ambulances', with 300 ambulances in Northeast India. It aims to reduce the wait time to 15 minutes.

In fact, the situation is worse in the hills with its rocky terrain and zig-zag roads. Based out of Imphal, the capital of the northeastern state Manipur, Medilane Health Tech and Consulting Services is trying to solve the issue of unavailability of ambulances and medical care at home.

Medilane provides on-demand healthcare services, focusing mostly on affordable home healthcare and medical transport services. The company was incorporated on June 14, 2017, and is currently operational in Manipur and Assam.

“There is no home nursing care or private ambulance services in Manipur. We are solving the issue of unavailability of ambulances during the time of emergency, and unavailability of trained and skilled nurses for home-patients,” Founder and Managing Director Dr Dayananda Meitei says.

“While in college, Imphal did not have any dedicated service like 108 (telephone number for emergency services in India). However, there was always a need for patient transportation during times of emergency. It is then that we decided to start our own round-the-clock ambulance service,” Dayananda says.

The duo founded the startup in the third year of their college.

Both Dayananda and Pinkey have completed their two-year practice in JNIMS, post which, they have been working on their startup full-time. While Dayananda leads the ambulance team, Thiyam manages the home healthcare services team. The startup has a total of 120 members.

For mortuary vans, the base fare is Rs 1,500. The startup charges an additional Rs 80 per kilometre, post the first five-kilometre travelled.

Medilane also has an aggregator model.

“We are like the Uber for ambulances, bringing 300 ambulances of the Northeastern states under one roof,” Dayananda says.

The charges for ambulances under the aggregator model are also the same.

According to the founders, the startup has partnered with eight major private hospitals in Manipur. “We have signed agreements with them to run their ambulances and no other company is allowed to station in these hospital campuses,” he says.

Customers can directly contact through the startup’s dedicated helpline numbers or through hospital referrals.

“The average waiting time for our ambulance is below 15 minutes,” the founder adds.

In addition, Medilane also provides ambulances and medical teams on-demand, for official and sports events, and for NGOs in Manipur. The startup charges Rs 3,000 per hour of the station.

Medilane also started an air ambulance service this month. “Manipur and the rest of the northeast have poor road and railway connectivity. The need for air ambulance during emergencies has been increasing every day,” Dayananda adds.

The startup also provides on-demand nursing services at home and hospitals in Manipur, and few additional services which include health attendants, collection of medical samples from home, physiotherapy, medical equipment rental and doctor home-services in the state.

While there were initial challenges of convincing people about the startup’s services, Medilane overcame that “By advertising and through word of mouth,” Dayananda says.

Medilane has six full-time doctors and 10 part-time doctors to deliver these services. For the nursing services, it has partnered with five hospitals in Manipur.

Initially bootstrapped with Rs 4 lakh, the startup received a debt funding of Rs 1 crore in October 2018 from Manipur Startup Fund, of which Rs 30 lakh was awarded as a grant.

Medilane has impacted over 10,000 people so far.

Its current customer base is 8,000 and has been increasing at a rate of six percent. The startup’s total revenue in the first year was Rs 17 lakh, which increased to Rs 1.2 crore in the second year.

“We have been experiencing a 6X year-on-year growth in our revenue,” Dayananda says.

Medilane’s current revenue is up to Rs 40 lakh per month and they are targeting Rs 5 crore this financial year.

While Medilane hardly has any competition in Manipur, when it expands, the startup will have to compete with the likes of Portea and India Home Health Care for home nursing care services, and Dial 4242 and Ziqitza HealthCare for ambulance services.

“Our unique selling point is that we are providing both the services under one ­roof and in one app. Ambulance services and home nursing services are symbioses to each other,” Dayananda says.

Medilane has been meaning to expand its services to all of Northeast India and later, to the rest of the country. The startup also planning to raise funds to enable geographical expansion.

“We recently transferred a patient from Imphal to Max Hospital in Delhi by air ambulance. That journey was very satisfying and served as a validation for us,” Dayananda concludes.