TechSparks 2019: An actor is like a startup founder, we sell talent, they sell idea, says Rajkummar Rao 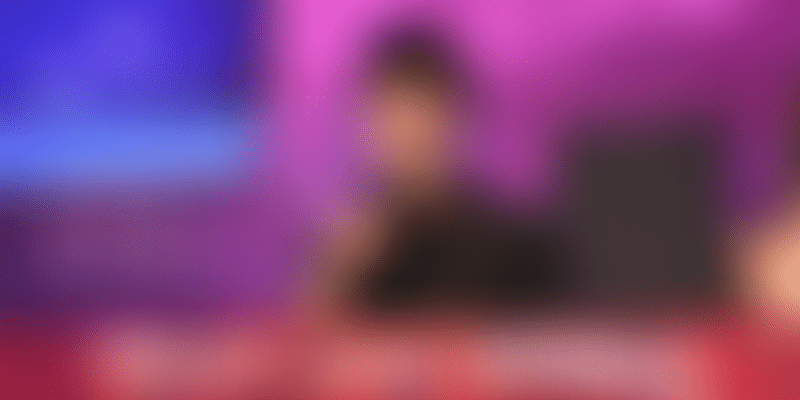 On Day 2 of TechSparks 2019, Bollywood actor Rajkummar Rao shares anecdotes on his journey from Gurgaon to Mumbai, and from obscurity to stardom. His most important takeaways: focus on your work, listen to honest critics.

From his debut film, Love Sex Aur Dhokha (2010), one of Bollywood's first films to be shot entirely on a digital camera, to the award-winning ALTBalaji web series Bose: Dead or Alive on Netaji Subhash Chandra Bose for which the actor went half-bald, Raj (as he's popularly called) has always set new benchmarks for his peers.

At TechSparks 2019, Raj charmed a packed-to-the-brim auditorium with reflective anecdotes on his journey from Gurgaon to Mumbai, from the National School of Drama to Bollywood, and from obscurity to stardom.

"I had just one dream, and I am living that dream everyday."

The National Award-winning actor shared that even though his family wasn't remotely connected to the filmi duniya, they were "fascinated" by movies. Those film-viewing sessions at his Gurgaon home birthed a dream that Raj continues to chase even today.

"I faced several rejections early on when I moved to Mumbai. It is a very tough city, and there were people who doubted me. But, I had no self-doubts," he said, adding,

"I was so much in love with my craft that I hoped to crack an audition some day. I believed that somebody somewhere would say, 'This is the boy we need!' That happened when I met Dibakar Banerji for LSD."

Since then, Raj has acted in more than 30 films, which have garnered both critical and commercial acclaim. Along the way, he's also picked up the National Award for his 2013 film Shahid (based on the life of human rights lawyer Shahid Azmi), and an Asia-Pacific Screen Award for Newton (2017).

When asked about his unique choice of roles and the enormous versatility he brings on screen, Raj said,

His upcoming film Made in China, which chronicles the life of an entrepreneur selling a 'magic soup' for men, is no different. Raj had to pick up the gait of a Gujarati salesman for it, which he says, was "challenging but fun".

"I understand the pain of entrepreneurs now. To sell your products and ideas to people is not easy. It is a lot like acting. We, actors, are also selling our talent to the audience."

Despite his unrelenting self-belief, Rajkummar, like most actors without a godfather in the industry, has had his share of rejections and disappointments.

But, his ceaseless love for the craft helped him sail through. "I am doing it [acting] for selfish reasons. If I don't do it, I won't be able to live," he noted.

TechSparks 2019: How India's deep tech ecosystem is impacting every sector, from dairy to defen...

Raj shared one of his most important takeaways from a decade-long journey in Bollywood. "I realised that one shouldn't keep yes-men around them. Keep honest critics who will always tell you what is going wrong with you," he said.

When Shradha Sharma asked him about the trappings of Bollywood stardom, Raj asserted,

"I have always believed that people will remember me for my work and not because of how many parties I attended or how many Page 3 events I was a part of. It's my work that will make them believe in me."

There's no denying that Raj has an enviable body of work among actors. But that, he says, is a sign of the times. "It is a great time to be a youngster in India. With the rise of digital platforms, you have every means to sell your ideas and products to the world. And, there is a definite audience out there."

Hear that, entrepreneurs? All you need is an obsessive love for what you do!