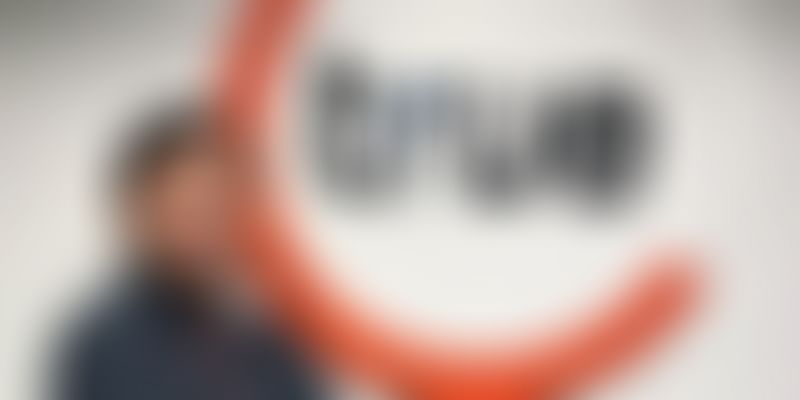 While True Balance is looking to drive its gold member programme, its licensed lending arm, True Credits, is looking to scale products and people rapidly. The Seoul- and Gurugram-based startup recently raised Series C funding round of $23 million.

Gurugram-based Balancehero India Pvt Ltd, which operates digital payments app True Balance, and now lending platform True Credits, is gearing up in a big way to dig some gold with its ‘gold member programme’ and by tapping ‘Bharat’ users.

These plans were shared by Charlie Lee, Global CEO and Founder, True Balance, who pegs the number of ‘Bharat’ users in India at one billion.

In an exclusive interaction with YourStory, Charlie spoke about True Balance’s evolution since 2014 and its plans and strategies to become the number one financial platform for the next one billion Indians.

Interestingly, True Balance started in India as a mobile balance-check app in July 2014, and it kept a low profile until last year. Since late last year, the startup has been aggressively expanding its offerings in India, and Charlie says this is only the beginning.

He states that the company has implemented a well-thought out road map so far. The company first found its product-market fit among Indian users with its mobile balance-check facility. Then, in 2017, the company launched its ‘gold member programme’.

Under this service, the gold members can do recharges for their friends and community members and take cash from them, and also have the opportunity to earn some percentage of the transaction as a reward.

“Based on that traffic and users and to leverage that, True Balance launched the financial or digital financial services this year,” says Charlie.

Through its recently launched licensed lending arm True Credits, the company is now offering a diverse range of financial products.

In the most recent developments for the company, True Balance also bagged the NBFC license from the RBI for True Credit. The company received the authorisation for pre-paid payment instruments (PPI) in India in 2017, which got renewed in October for another three years.

Scaling up the products and the people

In the past one year, the company has launched 10 financial products including Digigold, Insurance, IRCTC, personal loan, EMI, instant cash loan, pay later and others, and has around 10 more products lined up for the next two years.

Charlie shares that the focus category, however, is small ticket loans, lending, and EMI products. “We want to enable loans and EMIs in categories such as education and health,” he adds.

Last month, the Seoul and Gurugram-based startup raised Series C funding round of $23 million from seven Korean investors, including NH Investment & Securities, IMM Investment, HB Investment, IBK Capital, D3 Jubilee Partners, SB Partners, and Shinhan Capital. It is using the funding for marketing and to scale up its hiring. In total, to date, the company has raised $65 million in four rounds of funding.

The startup has doubled its team size to 200-220 in the last one year and plans to hire at least 100 more people in the next 12 months to support its expansion plan.

Banking on its gold members

Charlie says that a significant percentage of the startup’s marketing spends in the next few months will be focused on its gold members. Explaining how the gold member programme works, he explains that those who sign on to it work like retailers in a large sense. They help their friends and others in their community pay utility bills, book tickets, buy insurance, and other commodities via True Balance. They are rewarded a percentage of the transaction through the programme.

“Our gold members are mostly under the age of 20 and are based in rural and semi-urban India, and have started to make money because of us,” says Charlie.

In these areas, to pay an electricity or other bill, invest in insurance, or to book IRCTC tickets, people need to go to the nearest town. True Balance’s gold member programme thus saves them these trips and the cost involved. Charlie points out that this model is great, both in terms of the business proposition as well as the social impact. He goes on to elaborate,

“There are many young people in rural and semi-urban areas, who are educated and have smartphones, but they haven't found a job in a town yet. So, we target these technology users to become our gold members. We want to work with them to provide our services because they're young, have a smartphone, and are knowledgeable about and familiar with mobile payments. So, with our application, they can provide various services to their neighbours and earn in return.”

While Charlie did not share how many gold members True Balance has, he claims that the app has been downloaded about 75 million times, and every gold member brings 50 to 100 users for True Balance.

“We are covering a good base so that people who don't have bank accounts can enjoy the various kinds of financial services easily,” says Charlie. He adds that True Balance is targeting 10 million gold members nationwide in two years to enable financial services for Indian users.

As per a NASSCOM report, in 2018 there were around 400 fintech companies operating in India. This number is constantly growing. NASSCOM predicts that the revenue generated in India by fintech companies will touch $2.4 billion by 2020.

The prominent players in this segment include the likes of Google Pay, Paytm, and Phonepe. However, Charlie believes that True Balance does not have any competition from any of the big players yet as the latter focus on high-ticket sizes, primarily targeting ‘India 1’ users.

“So, our target is India 2 and 3, the users who cannot pay online, be it smartphone users or feature phone users,” says Charlie, adding that the startup stands out as a very differentiated player in this domain, with a different target market and a small ticket size.

Most of the financial products on True Balance cost less than Rs 500, and there are products at Rs 20 and Rs 50 as well. Charlie explains,

The global CEO expects True Balance to break even in FY21 as it has started to grow faster in terms of revenues. He highlights that monetizing on digital payments in India is a tall order as margins are less than one percent. Though this is the case with True Balance, as well, when it comes to the lending business, he says, “We are recording a very fast growth in revenues. The unit economics has improved. So, we are growing fast now.”

Charlie shares that True Balance is clocking more than four to five lakh transactions a day and is seeing month-on-month growth of 30 to 40 percent. While the majority of the transactions are mobile recharges, categories like loans, lending, and EMI are growing very fast too, he says.

He signs off by sharing that, to support True Balance’s expansion plan, the company is looking to raise another round, double that of the Series C figure by the end of this year.

At the early stage, you invest in people: ZhenFund's Victor Wang on the guiding philosophy of C...