Milking the opportunity: how camel, goat and donkey milk are gaining traction in India 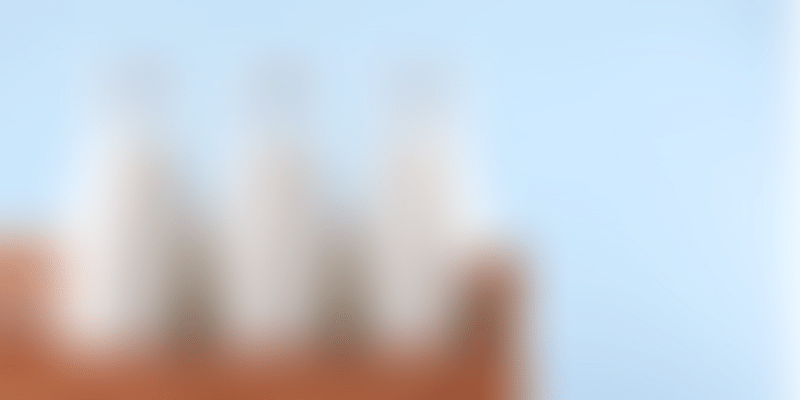 No longer are cow and buffalo milk our only options. Today, there is a steady rise in the consumption of goat, camel, and even donkey milk.

Ever since we were kids, TV commercials, celebrities, and even our parents urged us to drink two glasses of milk every day. The popular narrative was that milk makes our bones and mind stronger. A ‘complete food’ in itself, we were told that milk has a host of nutrients that can make us stronger and sharper.

While these claims were true, the commonly consumed cow and buffalo milk might not be our only options out there. In fact, recent research suggests that milk from other animals – goats, camels, and even donkeys – are much better for human consumption. Drinking camel milk might sound bizarre to a lot of us, but you will definitely change your mind once the numerous benefits of these milk alternatives are revealed.

Camel milk contains immunoglobulins and lactoferrin that boost human immunity. It is also rich in iron, vitamin C, calcium, and protein. In fact, it contains thrice the amount of Vitamin C and 10 times more Iron compared to cow milk. Also, the fat content in camel milk is much lower than any other animal milk.

It contains mono- and polyunsaturated fatty acids that help lower cholesterol levels and decrease the risk of heart disease. As a natural probiotic, the milk contributes to better gut health, boosting our overall health and illness fighting capacity. Overall, it is much more competent in making bones and muscles stronger compared to cow and buffalo milk. Most importantly, camel milk does not contain the A1 casein so it can be consumed by those who suffer from lactose intolerance.

On the other hand, goat milk is light on the stomach with much smaller fat molecules than other animal milk. It is rich in high-quality protein, which is essential for growth and repair of the body. While it cannot be consumed by those diagnosed with lactose intolerance, it has lower amounts of lactose than cow milk. Goat milk also has exceptional amounts of calcium. Just three servings of the milk can provide more than 100 percent of an adult’s daily requirement of calcium. It also contains potassium, phosphorus, and iodine that are essential for overall wellness.

Finally, donkey milk is fast emerging as an antioxidant, anti-ageing elixir. It was already being used by cosmetic and pharmaceutical companies to make healing and therapeutic face creams. It does not contain coagulable casein and very little fat, which is why it is quite easy to digest. It is rich in minerals such as calcium, magnesium, sodium, and iron along with immunoglobulins that boost immunity. This milk can also be consumed by those who are allergic to cow milk.

Alternate milk being promoted in India

Considering the multiple benefits of the aforementioned milk alternatives, it is no surprise that several farmers, manufacturers, and even the government are pushing for the commercialisation of these kinds of milk. In fact, it was recently revealed that the Modi government is seriously exploring the possibility of promoting donkey milk among the masses. Along with it being extremely healthy, the idea behind promoting this milk is also to sustain and possibly grow the dwindling camel populations in the country.

The commercialisation of camel milk is also aimed at helping camel herders in the desert states earn a steady income in lieu of their diligent contribution towards the protection and breeding of camels. For this purpose, paradigm-shifting camel milk startups have emerged across the country that directly deal with camel herders to procure, process, and sell the milk across multiple markets.

Such an approach to collecting and supplying alternate animal milk will encourage breeders to continue working with these animals while protecting their ecosystem. Startups engaged in the procurement of these milk alternatives are not only promoting breeding by incentivising it, but also protecting our animals and conserving the vast biodiversity of India.