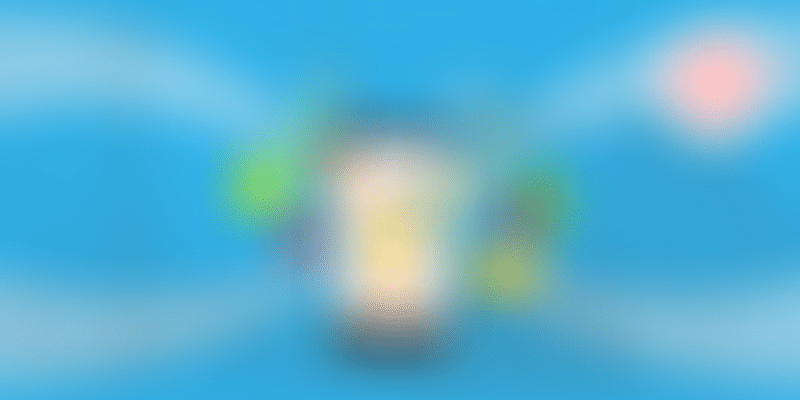 The Indian ecommerce industry has created pathways to bring more shoppers to the online platform, which will only strengthen in 2020, but there are worries about the delay in implementing the right policies.

The Indian ecommerce industry is worth billions of dollars and has the potential for exponential growth, but there are some obstacles ahead. In 2020, the sector is likely to see challenges in policy even as it marches ahead to explore newer categories and ways to increase the appeal of online shopping.

The growth has been facilitated by the presence of established players like Flipkart and Amazon, internet users touching close to $500 million, a horde of consumers comfortable with the concept of online shopping, and lastly, enabling policies from the government.

According to a report by India Brand Equity Foundation (IBEF), the ecommerce market in India is expected to reach $200 billion by 2027 from $38.5 billion in 2017, and the number of online shoppers may reach 220 million by 2025.

In 2019, the industry showed remarkable resilience despite certain policy setbacks and from a general economic slowdown, recording a higher growth than traditional retailers.

However, 2020 will bring one of its biggest challenges to the forefront – the new ecommerce policy, which is still in the consultation stage. No headway has been made in terms of its implementation though initial signals reveal that it might not be very positive for the industry.

Added to this will be the implementation of the new Personal Data Protection Bill, which is also yet to become operational. This Bill will have a considerable impact as ecommerce players heavily rely on data to make all kinds of business decisions. If the law includes and enforces restrictive provisions, it could turn out to be an obstacle.

“The digital space has undergone rapid colonisation, thus resulting in intense competition and at times, unregulated use of personal data in the ecommerce space. In the coming year, we expect the government to roll out the ecommerce policy based on the recommendations of various industry stakeholders, keeping consumer interests at the centre.”

One needs to see what the implications of the new policies will be on the ecommerce industry – will they put further impediments or aid the growth of the sector?

Despite these likely challenges, the industry is going ahead, expanding its scope, and reaching out to newer use cases. Until now, the sector was known largely for apparels and electronics, but a new category is ready to dominate – grocery.

“The big picture for the Indian ecommerce industry is going to be the grocery segment.” He believes the steps taken by the big players in the industry, namely Amazon and Flipkart, have shown intent.

The grocery operations of Amazon and Flipkart are yet to achieve scale as this market is quite complex and not easy to master, especially when it comes to the supply chain network.

Recently, Walmart and Flipkart announced a joint investment in agritech supply chain startup Ninjacart, giving an indication of their plans for the grocery segment.

Satish believes this could also bring certain consolidation in this segment with other niche or standalone players struggling to face formidable competition.

Besides grocery, another interesting segment in the industry has started to gain traction – social commerce. This saw heightened interest from numerous investors and the biggest of them was Facebook, which invested in an Indian social commerce startup.

Nitin Raj Gupta, Founder and CEO, Mall91, a social commerce startup, says, “We should see phenomenal growth in 2020 by a few of the business models and product concepts around social commerce, and clear proof of large adoption. The doubts on timing or viability of commerce for the next set of internet users coming online would go away.”

He believes that investor interest is likely to continue in 2020 and new business models would emerge that target a new kind of market.

Though industry observers believe that social commerce might be the flavour of the season, the actual test will be how saleable this business model of social commerce will turn out in the Indian context.

Interestingly, the Indian ecommerce industry in 2020 will witness a play from global technology biggies like Facebook and Google. If Facebook invested in social commerce startup Meesho, Google made tremendous strides with Google Pay.

Guruprasad Srinivasan, Chief Operating Officer – India region, Quess Corp says, “As the internet penetration increases in Tier II and III cities, and with the rising investment from global players, we are expecting the online retail market to boost sales. Logistics in India is already becoming organised; it will become the knight in shining armour for the ecommerce industry. Ecommerce providers are coming up with smart ideas to deliver purchased items by establishing nearby supply chain utilities that can quickly procure items and deliver them conveniently to your location. With the number of MSMEs expected to grow exponentially in 2020, companies will be on the constant lookout for new methodologies to ease their businesses. Each market participant must be able to function and compete effectively for a dynamic market environment.”

The ecommerce industry in India is not just made up of only large players as Flipkart and Amazon have extended cooperation to small and medium enterprises (SMEs). It is very clear that if the industry has to become truly large and the participation of SMEs is critical, and this is only going to intensify in next year.

Harsha says, “The biggest makeover would be witnessed with the domestic ecommerce players, especially small and niche players, who are likely to benefit from the level-playing field the government aims to provide. In the upcoming year, the convergence of efforts of the government, industry bodies, players, and other players in the ecosystem will ensure that the momentum in focus of the channel will not slow down. There is no doubt that the Indian consumer market and ecommerce market are poised for strong growth in the next 10 years.”

Other elements of the ecommerce industry are also starting to take shape over the years like vernacular interaction, video-related content, and an omni-channel approach to induce consumers into buying more. And these are expected to accelerate next year.

For example, Flipkart created a Hindi platform to reach out to those millions of shoppers who are still uncertain on how to shop on an online platform due to language issues and this is one way to smoothen the process.

Kalyan Krishnamurthy, CEO of Flipkart Group, had earlier said, “As a homegrown company, Flipkart has the advantage of understanding the Indian market and all its nuances in a much better way. We are committed to developing solutions that will help the adoption of ecommerce by the next 200 million consumers who come online."

Similarly, there are bets on audio commerce to become a game changer for the ecommerce industry.

“Audio commerce will be a gamechanger for businesses that will seamlessly implement customer interactions and create purchase opportunities into natural environments and surroundings. They would not only interact and engage with the digital world over voice, but would be able to do that in their own native language. 2020 will witness this personalised touch to the offline retail and mark a new era in interactive audio commerce,” says Kumar Abhishek, CEO and Founder of ToneTag, a startup focussed on contactless payment solutions.

Amidst this optimism for the Indian ecommerce industry, there is also the sobering reality of the overall economic slowdown.

Satish says, “The signs are not very optimistic as the growth of the industry has nothing to with itself but broader indications from the economy and spending levels by consumers in 2020 is likely to be similar to what it was in 2019.”

Despite these challenges, which would be normal for any business operations, the ecommerce industry will hope for early closure on all issues related to policy so that it can move towards the goal of achieving the $200 billion mark by 2027.

6 Business ideas to Explore in the Booming eCommerce Industry