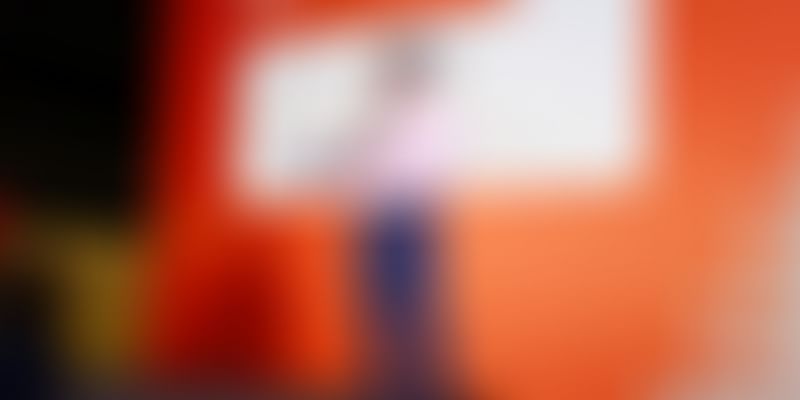 At YourStory’s first ‘Early Investor Summit’, Vaibhav Agrawal, Partner at Lightspeed Venture Partners, spoke about the key market trends that dominated 2019 and those that are likely to play out in 2020.

Every year, there are sectors that stand out and play out as themes—in terms of new businesses, trends, and so on—for the year or at least for part of the year. For 2019, if we were to hazard a guess on what those sectors were, the pick would be language, logistics, and enterprise software.

At YourStory’s Early Investor Summit, held at Bengaluru’s JW Marriott on Saturday, Vaibhav Agarwal, Partner, Lightspeed Venture Partners, spoke about the key trends that dominated the internet space in India in 2019. He highlighted some of the hottest themes that are working and will continue to work.

Never been a better time to start up in India

“I was a doctor fixing broken bodies in the US before I quit and started my first business in 2008. Through all our journeys, there were many founders and investors who opened doors for us, gave us guidance, and showed us the path. But, if there was a best time to startup in India, it is now.”

Vaibhav pointed out the market today is open to entrepreneurs. “When the internet markets hit the 30 to 40 percent mark, the rate of startup creation takes a steep rise. India hit that in 2019, thanks to Jio. Apart from the fact that we have over nine unicorns now, the depth that these startups have is more.”

Companies like Sharechat and Udaan have actually grown faster than their US counterparts with the same market size. “Sharechat hit 135 million MAUs [monthly active users] faster than Facebook and Twitter. Udaan got to a $500 million GMV faster than eBay,” said Vaibhav.

This means the market is ready and big, and a startup just needs to build the right product to crack it.

Vaibhav stated that Reliance Jio was a watershed moment for the Indian startup ecosystem. “There has been a significant behavioural change. People would switch on and off data as per their need and requirement; today, they are always online,” he said.

It is a known fact that the modes of digital payments have significantly grown and increased. “In 2013-14, getting people to transact online was possibly one of the toughest tasks for any startup. Now, with UPI and other modes of payments, even a small vendor has the option of an online payment,” said Vaibhav.

Vaibhav explained that the new internet user is different from the early adopters.

“The products and services are built differently. While it is obvious that the content will be in other Indian languages, what is interesting is that YouTube went from a 140 million MAUs to 250 million MAUs in a short span of 18 months. This means that YouTube is internet for people. For those born in the 80s and 90s, search was internet, but today that is different; it is videos,” he said.

The interpretation of the internet, therefore, is very different.

Even today, if you look at Amazon and Flipkart, which are the established ecommerce sites, the penetration is at about five percent. And, if smartphones, which account for 60 percent of all Indian ecommerce consumption, are disregarded, other categories such as apparel, FMCG, and lifestyle account for close to one percent.

“We are thus in the very early days of ecommerce in India and the users are now coming online. This will bring a big shift in the market,” said Vaibhav.

But, will these new internet users have the buying power? Today, close to 30 percent of the consumption happens in Tier II and III markets. FMCG companies, for instance, funnel in over half of their marketing spends to these markets.

Highlighting that there are over 250 million mobile gamers in India, and 2019 was the ‘Jio moment’ for gaming in India, Vaibhav said, “PubG isn’t a mobile game; it was a game played on the web and India was the first market where it broke on the mobile phone.” PubG users went from spending 6 to 60 minutes on the game within a year.

“People spend 60 minutes on mobile games versus 45 minutes on OTT platforms like HotStar, Netflix, and others. The time spent is mostly between 6 pm and 9 pm,” he added.

Education will continue to be big

While education was a hot market last year, it will continue to grow in the coming year. It is a $100-billion market, and people do not hesitate to spend on education.

“Within education itself there are different players. Byjus is growing at high scale, but there are others like WhiteHatJr that focusses on coding for children and Unacademy that focusses on examinations for government services. Thus, the pedagogy and service models are by themselves changing,” pointed out Vaibhav.

Apart from these, there are also the ‘income-share agreement’ models that platforms like Pesto and Masai School use.

Vaibhav pointed out that over 90 percent of the job market in India is for day and unskilled tasks.

“Just search and listings is a $3 billion market, and this doesn’t include the agriculture segment. We need support and platforms for these people,” explained Vaibhav. There are different models that can support the market and the audience according to their needs.

According to Vaibhav, this is the backbone of the Indian economy. He said,

“India is the third-largest SMB market in the world, with over 60 million SMBs, over $10 million monthly GMV, and 2 million Tally registered users. These businesses are growing and are an underserved market with a willingness to pay.”

The online market for these players offers massive potential. Currently, more than 68 percent of SMBs are operating offline. The SMBs in India, in general, want more customers, credit in working capital, and are underbanked and under financed.

Therefore, there are opportunities to touch this segment as well.

It will now be interesting to see how these trends pan out in 2020.