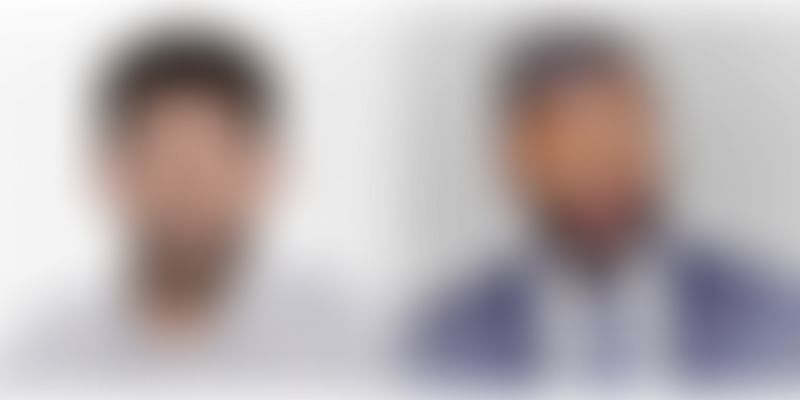 The Indian government has set a goal of 40 GW of solar rooftop by 2022, and by most accounts, only 10 percent of that has been done right now. With the credit squeeze in most economies and financing, Distributed Energy claims to be well placed to fill the gap.

India has an ambitious National Solar Mission plan where it plans to achieve 40 GW of rooftop solar power generation capacity by 2022, as per a parliamentary standing committee report. As of October 15, 2019, India has only achieved 1,826 MW of rooftop solar capacity, which should have been 16,000 MW. However, progress in the sector has been slow.

The panel also said, the Ministry of New and Renewable Energy (MNRE) has continuously failed to achieve its yearly targets of clean energy capacity addition, which may hamper the mission of having 175 GW of renewable energy by 2022. And, if things continue as usual, India will miss its target, the report warns.

One of the major issues, the panel reveals, is that the banks are reluctant to finance renewable projects as, at present, there are a lot of bad loans or NPAs in the power sector.

Enter, Distributed Energy, a startup by serial entrepreneurs who claim to have found a solution to this, and can help India to achieve its target before the deadline ends.

Distributed Energy is a renewable energy aggregator that connects credible renewable projects with investors on a digital platform. The startup conducts comprehensive due diligence on several metrics before it lists the fundable projects on its marketplace, and investors can explore and express interest in one or more of these energy projects at the click of a button.

“The platform has already delivered 5 MW of energy to a range of companies in the southern India and Rwanda,” says Mathew Mazhuvanchery, Co-founder and CEO, Distributed Energy.

He adds, the Indian government has set a goal of 40 GW of solar rooftop by 2022, and by most accounts, only 10 percent of that has been done right now. “With the credit squeeze in most economies, financing is not easily accessible. Hence, we are well placed to fill this gap,” he says.

Mathew adds Distributed Energy pushes for projects with standardised design by using certified engineers and equipment. After the project starts generating power, it also manages the distribution of returns. The returns on these projects are usually more than 16 percent over the length of the power purchase agreement, says Mathew.

The founders claim that Distributed Energy solves two primary problems, first, it standardises the fragmented deployment of solar rooftop projects in the commercial and industrial sector, and second, it offers opportunities to investors to invest in the renewable energy.

The company works remotely, with a focus on India and Africa, and teams across Chennai, Kochi, and Dubai. “Our focus is solar rooftop projects across India and Africa from 100 kW to 5 MW,” adds Co-founder and CEO, Mathew Mazhuvanchery.

Explaining how the platform works, Co-founder and Chief Digital Officer, Ruchir says, the company usually signs a power purchase agreement with a premise or company owner for seven to 20 years. “We lock in the rate at which the customer will pay for solar power from their rooftop, and offer that as an investment opportunity to an investor who gets 16 percent or more rate of return on the opportunity over the length of that power purchase agreement,” he adds.

Ruchir reiterates that the main benefit for investors at Distributed Energy is they get hassle-free more than 16 percent return over seven years in a different asset class. For customers and project owners, the startup offers a way to finance their projects with access to investors who want to invest in the asset class. “This is particularly attractive in today's low credit environment,” adds Ruchir.

In 2018, Mathew sold his earlier business, Aggrego, an energy aggregator firm to a KKR-owned PE fund, and at the same time, Ruchir was in the process of selling his digital agency, Langoor to Havas Group. The duo then thought of exploring blockchain for remote energy contractors or carbon trade.

“While we were discussing the best approach, a large multinational in India reached out to Mathew to avail financing for solar for their rooftop. So, Mathew and I reached out to our friend, Sudhakar, who runs a family office in Chennai to discuss this opportunity. Sudhakar raised the financing but, the multinational could not get approvals internally. Given the economics, we decided to deploy the funds with a different-listed entity. That is how Distributed Energy came into being,” recalls Ruchir.

The startup raised an undisclosed seed round in June 2019 and started full-time operations thereafter.

India is among the most promising renewable energy markets in the world, especially in solar, and the country has one of the most refined supply chains in solar energy, Mathew says.

“However, access to capital in Indian companies for solar is limited. We believe that the platform, by opening up a new, reliable channel for investors, will help unlock capital and thus, accelerate the deployment of renewable energy across India. The primary reason why the platform has gained quick traction is due to the economics of the model that works for both parties,” he adds.

“Our internal models show that we should be profitable on the aggregate level once we have deployed 50 MW worth of projects, which will be in 2020,” Mathew adds.

Since June 2019, the company has about 5 MW worth of projects in deployment, which is nearly $3.5 million worth of solar rooftop projects that are being funded by the startup. Distributed Energy is managing projects across India and Africa, of which all of its projects until now have been in India, except one in Rwanda.

“At present, we are also evaluating projects in Rwanda, Malawi, Zambia, and Kenya. So far, we have more than 10 investors who have deployed money across these different projects. Now, we have a pipeline of projects over $15 million and are also evaluating the best approach to raising, as well as deploying for this pipeline,” says the CEO.

Most of Distributed Energy’s competitors are project contractors who are looking for individual financing. “But, we are happy to partner with them to help scale our model,” Mathew says on how the platform stands out amid traditional ways of business in the space.

The startup raised a funding of Rs 10 crore in November from Ramez Naam (Co-chair of Energy and Environment at Singularity University) through an AngelList Syndicate, and from Mount Meru Group, a prominent African business conglomerate. The founders say that they have a total of $1.4 million to run the startup, and they will not need more external funding for some time now.

Distributed Energy is using the existing funds to build project pipelines, speed-up project execution, and build an investor database. “We have a low burn rate relative to our growth, so we are unlikely to raise any further equity funding soon. Of course, we will continue to raise asset funding for our projects,” Mathew adds.

At present, the startup is looking to deploy 75 MW worth of projects in 2020. “Our current pipeline is worth close to 40 MW. A lot of this pipeline is being placed directly and privately,” says Mathew.

Distributed Energy aims to cross 1 GW by 2024, and it intends to achieve this by partnering with solar contractors on the pipeline side. “We will partner with funds and fundraisers on the fundraising side to ensure a diverse source of investments,” says Mathew.