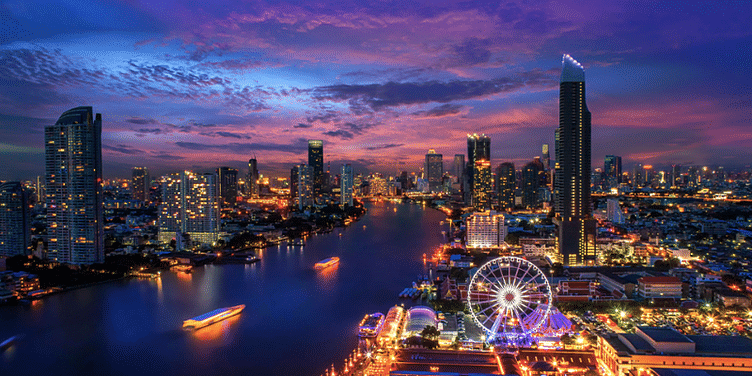 Mastercard is enabling digital payments across over one million acceptance points in Thailand. It has named Bangkok the top travel destination in the world in its Global Destination Cities Index 2019.

Thailand is the usual answer for a quick and affordable overseas beach holiday for Indians. And making it even easier is Tourism Authority of Thailand (TAT), which has declared free visa on arrival for tourists from India until April 2020. The country’s tourism authority has also tied up with Mastercard to enable digital payments for a more experiential visit for Indian tourists.

Mastercard data pegs January, May, and December to be the preferred travel months for Indian tourists to Thailand. Further, it has noted a 20 percent increase in the amount of spends done via cashless transactions in Thailand in 2018-19.

“Over one million acceptance points for digital payments make Thailand even friendlier for tourists looking for safe, secure, and convenient cashless tourism. Mastercard is committed to work with local merchants, large and small alike, and Tourism Authority of Thailand to create more distinguished cashless experiences in Thailand and encourage tourists to visit this beautiful country.”

According to Chattan Kunjara Na Ayudhya, Deputy Governor for International Marketing (Asia and South Pacific), TAT, the government sees the diverse India market as one that requires segmented attention.

“This is why we are looking at increasing our efforts to make Thailand a more attractive place for Indian destination weddings,” he said, adding that the country has hosted nearly 400 lavish Indian weddings last year alone.

Calling Indians the best money savers in the world, Chattan said the tourism authority is also crafting ways to bring families on trips beyond the main cities. “There is only a 10 percent revenue coming from tourist spending in non-big cities. We want to change that,” he added.

TAT is now looking at creating experiential tours to take more Indians beyond the main cities to other parts of Thailand like Chiang Mai, Hua Hin, and Koh Samui. It is also looking at adopting sustainable eco-tourism to maintain the authenticity of these spots.

Stating that India was one the most resilient markets in the world for Thailand tourism, the Deputy Governor said, “Whatever events or disturbances happen whether in India or Thailand, we still have Indian tourists coming to the country. We have not noticed any dip during those periods. We have a lot of confidence in the Indian market.”

There are two million arrivals expected from India in 2019. In 2018, the number was at 1.6 million, a 25 percent increase from the previous year. According to Mastercard, Mumbai and Delhi account for more than 50 percent of departures to Thailand, but there has been an increase in passengers flying out from Tier II cities too due to increased connectivity.

Mastercard has partnered with Thailand’s Central Group, whose businesses include shopping malls, brand management, hospitality, etc. The Central mall in Bangkok, considered to be one of the biggest in Thailand, works with Mastercard to enable a more effortless shopping experience through digital payments, and targeted discounts and offers for Mastercard cardholders during the festive season.

TAT notes that while India is a booming market for the country in terms of arrivals and length of stay, it would like to see a change in the average spend per person per trip. Spending patterns have changed over the years for Indian tourists: from electronics and consumer durables earlier, Indians spend mainly on clothing and souvenirs now, and much lesser than tourists from, say, Europe.

“We see an average spend of 42,000 THB (approximately Rs 1 lakh) per person per trip over an average of over seven days,” said Chattan, adding that while the number is certainly not modest by any means, the tie-up with Mastercard would enable better dining, shopping, and tourist experiences for Indians to spend more in the country.

“Continuing on our segmented efforts for India, our office in Mumbai is also working towards attracting more female travellers to Thailand, since we are seeing an influx from that segment from India,” Chattan said.

Other plans include looking at bringing students to the country, either on official tours or on trips of their own, all under the guarantee of ease of access through immigration and customs.

Its targeted efforts are paying off, as the authority has noted a 31 percent increase in revenue from India in January-September 2019, when compared to the same period in 2018.