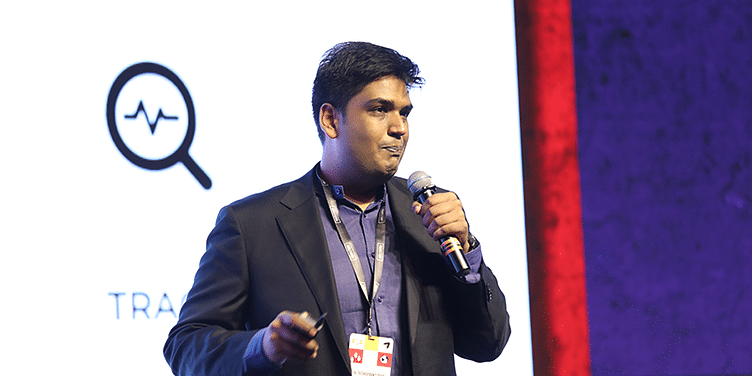 In a market bursting of options, customer service cannot be taken lightly. This is why companies like Airtel are investing in ways to elevate their customer service using technology. And helping the telecom and many other companies is Bengaluru startup GMetri.

With its help, whenever a customer-facing employee is brought on board in places like ﻿Bigbasket﻿, Accenture, or Airtel, they have gamified extended reality (XR), augmented reality (AR)/virtual reality (VR) experiences over smartphones and headsets to get them up to speed on customer support in live situations.

For example, they are taught how to handle tricky situations where a customer may have a complaint like, ‘my bill was paid, but I have been charged extra’. GMetri’s platform trains a new joinee to create a courteous and assuring response. Founded by Utsav Mathur and Sahil Ahuja in 2016, the platform went live in 2017. To date, they have more than 50 customers who pay them based on the number of employees trained on the platform.

GMetri is a VR/AR platform and authoring tool that enables spatial cognition, leveraging the power of the technologies to boost engagement, retention, and recall in an easy-to-use gamified environment.

Apart from training modules for handling customers the startup also has training modules where companies can create VR content that teaches employees to discover how to operate a machine. “We are a mobile-first platform and our products can be used without AR and VR headsets,’’ says Utsav.

Utsav, a trained architect, graduated from NIT Trichy and completed his Master’s in Advanced Architecture at IAAC, Barcelona. He specialises in computational design, robotics, digital fabrication, and AR and VR tech.

Sahil, an alumnus of NIT Trichy and IIM Calcutta, has more than eight years’ experience in building products and companies from the ground up, ranging from trading at BAML’s treasury to software development in fintech at Goldman Sachs, and heading technology at SportsCafe.

The duo have known each other a long time as their parents worked together at ONGC. Utsav notes he had always looked up to Sahil because he went to NIT Trichy, and as a result followed him there a few years later; Sahil passed out in 2008, while Utsav completed his course in 2013. They kept in touch and eventually met again in Bengaluru where Utsav convinced Sahil that they should combine their strengths in technology and design.

This was when GMetri came to be. For training, the startup offers a DIY platform that helps companies leverage VR/AR technology by using special cognition, making it easy for client’s employees to learn business processes.

Companies like Airtel use the platform to train their employees on technical and soft skills. Other prominent clients include Café Coffee Day (which trains employees on how to make coffee and sandwiches), Accenture, and Vodafone too.

The 15-member team at GMetri is backed by San Jose-based ZNL Ventures, which has funneled around $100,000 into the startup. While it is yet to turn profitable, GMetri’s revenue is inching towards Rs 1 crore.

According to the report the adoption of virtual reality (VR) in industries like automotive, medical, aerospace and defense, gaming, retail, education, and entertainment are being driven by its benefits in training, conferencing, and communication. In India, the rate of adoption of innovative VR applications such as a head-up display and head-mounted display is rising, leading to generation of considerable funding. Other VR companies include Gazematic, Grey Kernel, and Meraki Studio.

GMetri plans to go global and is looking to expand to the US this year even as it intends to sell its VR training module to more corporations in the retail and customer experience space in India. It is also trying to win customers in the automotive business.

Building products for the world from India, the startup’s founders believe that the time for VR has truly come.

Virtual Reality for Training and Its Impact