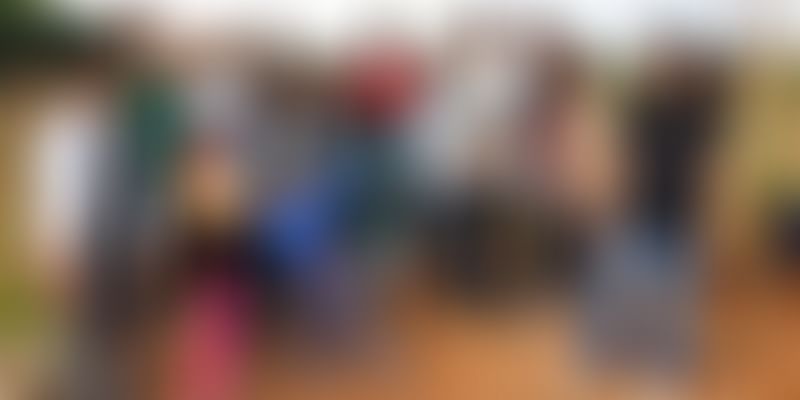 Singapore-based fintech startup Klub did not choose a “typical bash” to celebrate the fundraising from Surge and other angels.

Singapore-headquartered fintech startup Klub has raised $2 million in a pre-seed round from Surge, Sequoia India’s rapid scale-up programme, and a group of angel investors.

In a shift from the norm, the startup celebrated its fundraising by hosting a tree-planting event recently.

For Klub, raising a pre-seed funding round did not entail a fancy celebration. Rather it was about giving back to the environment.

The 40 angel investors who participated in the round through AngelList include some top names from the startup ecosystem. Naveen Tewari and Piyush Shah of InMobi, Kunal Shah of Cred, Rajesh Yabaji of Blackbuck, Ramakant Sharma of Livspace, Amit Gupta of Yulu, Shailendra Singh of MarketsandMarkets, Nipun Mehra formerly of Pine Labs, Nitin Sharma of InCrypt, Nishant Verman of Flipkart, and Shradha Sharma and Karumbaiah BK of YourStory are some notable names, among others.

Giving back to the society or social impact often gets boxed in the category of corporate social responsibility, making it a mere endeavour or obligation that the business needs to fulfill.

“Giving back need not be a CSR activity, to be done only after a certain scale of revenue and profits. It is a mindset that we are embracing as our cultural fabric and is an ongoing activity for us.”

The tree plantation event was organised in Bengaluru in partnership with SayTrees, which helped the team of Klub and its investors plant the saplings.

The NGO will also help in nurturing these saplings for them for two years. The plantation was done in the Koramangala area of the city as per the Miyawaki method, which helps build dense forests faster.

Klub is among the 20 startups unveiled by VC firm Sequoia Capital from India and Southeast Asia as part of the second cohort of its accelerator programme, Surge, which also has the participation from former Google executive and angel investor Rajan Anandan.

The founders of Klub come from diverse operational backgrounds. Anurakt Jain, who graduated from IIT Delhi and Wharton, was an intrapreneur at InMobi building Glance and TruFactor and also has had stints as an investor with Vertex and DFJ.

Ishita Verma, who has a background in economics from Lady Shri Ram and an MBA from IIM Bangalore, was previously with Snyder UAE and has worked as an investment banker with Unitus Capital, and in institutional equities at Kotak.

At present, Klub is in stealth mode and is doing limited pilots with select brands, including some international ones entering India.