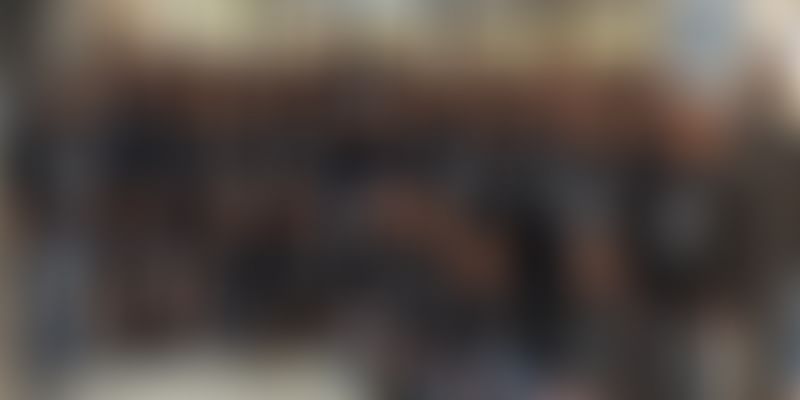 Bengaluru-based fintech startup Slice offers payment cards tailored to the needs of students and young professionals between the ages of 18 and 29 years. It has 200,000 customers as of now, and is operational in over 16 cities.

Credit cards may make life easier, but getting one isn’t easy: you need to have a job and fall in a particular income bracket to qualify. The financial product is also complex, and involves high interest rates.

“Products like credit cards are great financial tools, but interactions with a few friends revealed that they found the product complicated. This is when I conceptualised a financial product that is much simpler and more accessible to youngsters. I started working on what is today Slice. I was 22 when I founded the firm; I could relate to the problem faced by this segment, and the fact that I was an avid credit card user helped,’’ says Rajan Bajaj, Founder and CEO of Slice.

He adds that he had been interested in the banking space from his college days, and decided to solve a problem that affected his generation, especially those brought up in middle-class families in Tier II and III cities.

The company, which began life as SlicePay, offers payment cards tailored to the needs of students and young professionals between the ages of 18 and 29 years. Most of them, be it students, startup employees, gig workers, freelancers, or small business owners, are usually first-time credit users and looking for a convenient financial experience.

Slice offers this through its flagship product, a payment card with a pre-approved credit line. Issued in partnership with RuPay, the card can be used across five million merchants in India, online and offline. Customers can use it to pay bills for lifestyle purchases such as travel and stay, food and dining, and entertainment.

The card also offers no-cost EMIs for high-ticket purchases on ecommerce websites and short-term cash loans for emergencies. The Slice app enables complete control on your card –it makes it easy to check expenses, ask for an increase in credit limit, check repayment schedules, and get in touch with the customer service team, if needed.

Rajan graduated from IIT-Kharagpur in 2014 and joined Flipkart’s product team immediately, which was then creating Flipkart Marketplace. The team was small, but it was one of the fastest growing business units and a major focus area for Flipkart.

After this stint, Rajan went onto build Mesh, a global P2P rental startup in 2015. While the startup didn't scale, there were a lot of learnings on building the right team, and why a culture of innovation was critical to an organisation.

“When we began Slice in 2016, there were no players in the market providing access to financial products like a credit card to young India. Only recently, we have seen a couple of banks offering credit cards for millennials," Rajan says.

"The segment that we are targeting is still underserved by banks, be it a startup professional, or a gig worker. They want their financial experience to be best in class so we have one of the best designed mobile experiences and customer centricity around pricing," he adds.

The founder, now 29, believes that young India needs access to relevant financial products to build a credit score from an early age, and says this is where Slice comes into the picture.

“We saw the need for a payment card with a credit line. As the card is interlinked with Slice’s interactive app, the user gets regular data on expenses, insights on spending patterns, regular repayment reminders, and suggestions to convert dues to monthly EMIs in case there are difficulties in paying the whole amount. All this leads to good credit habits,” he says.

Considering that millennials are now driving India’s consumption story across segments, the potential in this market is huge.

The challenges of the business

Usually, the toughest challenge for most startups is raising capital early on or hiring good team members.

For Slice, it was convincing lenders who were not keen on extending credit to youngsters. Rajan says, “In a way, today we act as a bridge between the lender and the young customer, bringing access to capital to this segment that the lender would have not lent to otherwise.”

Building systems for risk management was new for Slice, especially since its early team was not from this background. Its customers comprise one of the most demanding generations, and “we have to make sure our customer experience is as good as anyone to meet their expectations”, Rajan says.

The startup's payment card now comes with a pre-approved credit line, and Slice has partnerships with consumer internet firms like Zomato, Swiggy, BookMyShow, Amazon, Myntra, and Flipkart for online purchases.

The primary business model includes subvention income from merchants like Amazon and Flipkart for no-cost EMIs; interchange income from cards; and interest income from EMIs.

“We stand out by sharply focusing on credit-worthy youngsters who are going to be the future. The average age of our customer is 22 years. We have also built deep insights into customer data around risk and consumption pattern. This, in turn, is leading to frictionless application process, higher limits, lower interest, and better offers for all our customers as we scale,’’ Rajan says.

Slice has reached one million transactions. “Our customers are now doing about eight to 10 transactions in a month; 60 percent of the transactions done through the Slice card are offline, the remaining 40 percent are online,”

The startup has 200,000 active customers as of now; 300,000 customers are “on the waitlist”. It is operational in over 16 cities across the country, including Bengaluru, Pune, Chennai, Hyderabad, Delhi, and Mumbai.

“Currently, five million merchants accept the Slice card. We are growing at a rate of 15 to 20 percent each month,” Rajan says. “Our revenue for the last fiscal was about Rs 9 crore. We haven’t disclosed the revenues for this year yet.”

The fintech startup has received a seed round from Blume Ventures and Tracxn Labs. Other investors like China’s Finup, Japan’s Das Capital, and Russia’s Simile are also backing the startup. The company has raised $2.8 million in debt funding in total and $21.7 million in equity.

The startup has two main areas of focus in the next 18 months: scaling the product and providing the best experience with the Slice card.

“We are targeting two million customers and aim to be in 24 cities in the next two years; many of these are Tier II and III cities,” he says.

To bolster its presence in Tier II markets, the fintech startup will opt for merchant partnerships, along with improving existing distribution channels.

“We also plan to launch new features to improve our current offering and user experience to further user acquisition via word of mouth,” Rajan says.

This Bengaluru-based fintech startup enables people to save, invest, and become Wealthy