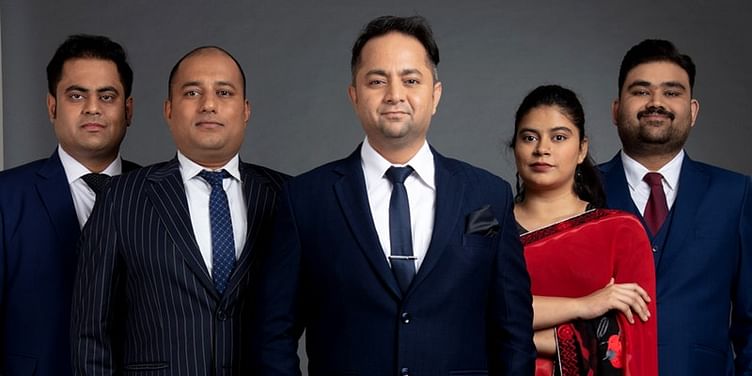 Draconis Capital’s immediate goal is to target 25-30 enterprises to make a strategic investment in the form of equity funding, joint ventures, and debt financing along with the global exposure companies

For a startup, any nugget of advice from someone who’s been there before is like gold. But more than advice and mentorship, money is the bloodline of any business. A study shows that lack of funding turns to be one of the common reason for businesses to fail during their first year of operation.

Established in 2019, Delhi-based Draconis Capital Future Fund (DCFF) is a venture capital firm with its prime focus on the applicability of deep tech in diverse sectors such as solar energy, smart city infrastructure, and natural personal care businesses. According to DCFF, it aims to transform businesses with its mentorship and capital investment.

“The idea of DCFF was born out of deliberation to decentralise the startup revolution from hubs and Tier I cities to Tier II and III cities. The core mission of DCFF is to identify potential investment opportunities that are out of the box, and promising to disrupt and change the Indian startup ecosystem,” he says.

“DCFF aims to provide financial inflow to areas which are technically devoid of financial access and need a massive infusion of both funds and modern technology for revival, growth, and market linkages among other things. Thus, a majority of our focus is on areas such as agribusiness, inland waterways, emerging technologies, and others,” he adds.

Before starting DCFF, Pallav was an entrepreneur in the field of data sciences and service aggregation. He has also been an independent consultant with central government think tanks, public sector undertakings, and various other corporate enterprises through think tanks such as WAPCOS, SJVN, etc. He has also represented several policy advocacy think-tanks in deliberations with the labour ministry, ILO, and Ministry of MSME among others.

Sudhakar is responsible for identifying, mentoring, fund dispersion, and ground-level implementation for the DCFF enterprise pipeline. Dushyant is the financial backbone and chief visionary of DCFF, who also has prior investment experience.

According to Sudhakar, the co-founders discussed a lot of issues in the investment ecosystem for a few years, and the idea of starting an own fund kept brewing. But it was only last year when they finally made up their mind to start Draconis Capital Future Fund, he says.

“Draconis Capital Future Fund aims to nurture enterprises on the basis of sustainability, growth, and impact. It seeks to infuse $100 million in its first year (2020) of operations. In the next five years, DCFF aims to create a billion-dollar fund. The objective is to invest in sustainable technologies and disrupt the Indian enterprise ecosystem through decentralisation, capital infusion, and scalability,” says Sudhakar.

How the fund works?

At present, DCFF collaborates with certain other funds to invest in India, and is currently establishing global outreach offices to identify and implement potential partnerships with other funds and bring a large pool of global investors on board. Pallav says, DCFF has so far on-boarded investors from Africa, Middle East, Australia, Singapore, and Europe to invest in ‘bharat’.

Pallav says, DCFF has investments in the range of Rs 25 lakh to Rs 100 crore in the pipeline across five to nine sectors.

“We majorly invest in new startups, but are also not averse to funding a few old enterprises,” he says. The fund aims to cover 10 sectors this year, and aims at investing in 25-30 enterprises across sectors.

“Before investing in any startup, DCFF believes in evaluating the potential of the idea and its impact on the overall Indian ecosystem,” says Pallav.

He says that any startup that is disrupting an existing scenario or causing a mass behavioural change, or is focused on sustainability and growth is seen as an option.

“We look at startups with a focus on rural entrepreneurship, transportation sector with special emphasis on dry docks and inland waterways, agribusiness, alternate energy and power purchase agreements, infusion of modern technology into traditional practices,” he adds.

The co-founders say they want to stand out from other investors. DCFF does not want to look at fancy tech and big valuations, and instead just wants to focus on startup founders and the idea, says Pallav.

“The primary criteria for investment are scalability, disruption, sustainability, growth potential, fiduciary compliances, team and ground-level execution of the idea,” he says.

Sudhakar adds, DCFF will give mentorship, support, scalability, and help startups to get synergy. It is currently being assisted by well-known mentors such as Navin Dalmia, and Matjaz Zadravec, among others.

While the fund has already identified a couple of startups to invest in, it did not disclose further details as the talks are still at an early stage.

“DCFF is very actively seeking new investment opportunities. We have started creating awareness and putting our requirements out there,” Pallav says. DCFF is also reaching out to enterprises for multi-stage investments.