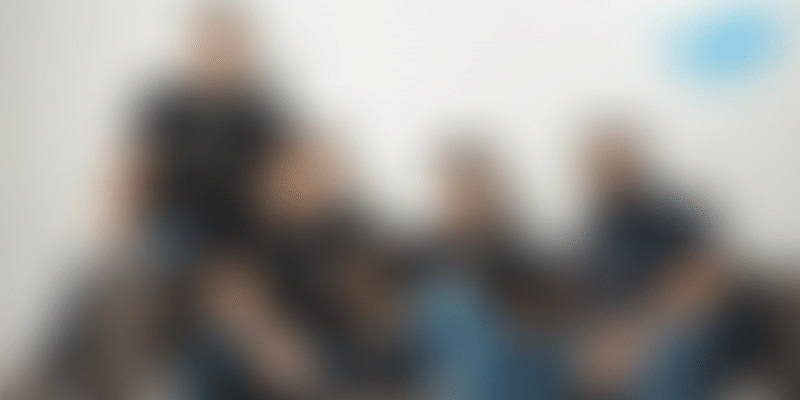 The Turning Point is a series of short articles that focusses on the moment when an entrepreneur hit upon their winning idea. Today, we look at how Groww, an app and website-based investment platform, came to be.

An alum of IIT Bombay, Lalit Keshre, 37, was working with Flipkart as its Group Product Manager when he decided to take the entrepreneurial plunge. He wanted to start up in a space, which was not just big, but also had a consumer problem.

“Consumer experience across sectors including ecommerce, cab-booking, and food delivery was fundamentally changing. However, financial services was still an old-school segment,” says Lalit.

“While India had a billion people with an online bank account, only 20 million of them were actually investing,” he adds.

He quit Flipkart in May 2016, and tells us, “At Flipkart, days were very busy. You can’t do anything outside while you are still there.”

Soon, Lalit, along with his former colleagues Harsh Jain, Neeraj Singh, and Ishan Bansal, started working on building products for the financial sector that would “change the thought process in the industry”.

Initially, the team’s goal was to build an internet financial services company and with the best user experience. While the four wanted to start with investments, they were not quite sure about the product. In fact, they also thought of launching a savings product for millennials.

2016 was also the year of demonetisation – a landmark moment in Indian fintech. Transactions were slowly shifting online. ‘UPI’ was the talk of the town, which facilitated a greater shift in how consumers in India were handling wealth.

While older generations preferred to invest in the likes of real estate and gold, millennials are more inclined towards financial products like stocks and mutual funds.

“For an entrepreneur, it is very important to be passionate about the problem they are solving. Investing was something all of us were very interested in. I started investing since my first year in college,” says Lalit.

After multiple experiments, this secular trend inspired this group of Flipkart mafia to launch Groww.

While the startup was incorporated in 2016, the app and website-based investment platform were officially launched in December 2017.

Groww focusses on simplicity and transparency, and has been designed as an advisor or ‘buddy’. Its platform is powered by intelligent UI and UX. The startup offers paperless investing options, letting customers buy and sell mutual funds online.

There has been no looking back for the Bengaluru-based startup.

At present, Groww operates across 800 Indian cities in a paperless, end-to-end transaction model, with a user base of more than three million. The startup claims to have a growth trajectory of 30 percent month-on-month.

According to Lalit, Groww is now focussing on launching new products, and its next product will deal in stocks.