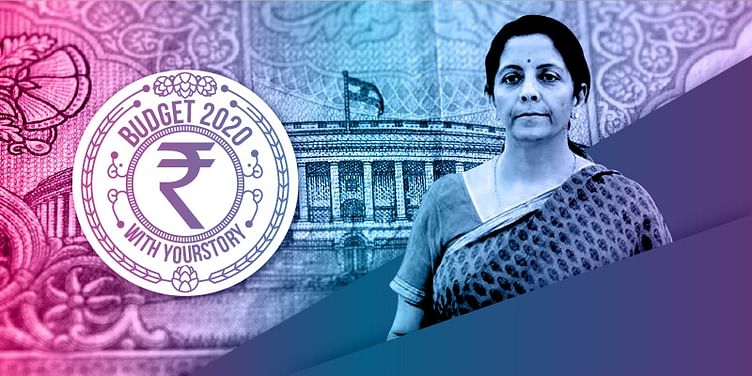 In her second Budget presentation, the Finance Minister said that India needs to boost domestic manufacturing and attract investment in electronic manufacturing.

"The vision of the government is to make each district an export hub," Sitharaman said.

The government aims to facilitate clearances even at the state level and also set up investment clearance cell to give investors free investment advisory, she added.

Samsung India Electronics, the Indian unit of South Korean electronics giant, has transferred a land parcel of around 64,905 sqm to Samsung Display, for a consideration of Rs 92.20 crore at its Noida plant in two installments, according to the regulatory filings before the Registrar of Companies (RoC).

Besides, Samsung India Electronics has also granted a loan of Rs 3,500 crore to Samsung Display Noida (SDN) for a period of three years, according to documents sources by business intelligence platform Paper.vc.

In August 2019 ,Chinese smartphone maker Vivo invested an additional Rs 3,500 crore to expand its manufacturing capacity, taking its total planned outlay in India to Rs 7,500 crore over the next few years.

Previously, the company had announced an investment plan of Rs 4,000 crore to ramp up smartphone manufacturing in India.

"We have been committed to the 'Make in India' right from the beginning and have been manufacturing here for some time. We have seen strong growth in our business in India. We are now looking at investing Rs 7,500 crore, up from Rs 4,000 crore, which we had previously announced," Nipun Marya, Directorm Brand Strategy, Vivo India, had said in August 2019.

Vivo, which is among the top five smartphone companies in India, has already invested Rs 400 crore in manufacturing in India. Its facilities are located in Greater Noida.

The government, in September 2019, exhorted iPhone maker Apple to expand manufacturing base in India, and use the country as an export hub, as it promised to line up fresh incentives and sops to galvanise electronics as well as phone industry in the following months.

"India will offer you human resource, investor-friendly policies, and incentives for making in India, and for exports," the minister said, after holding a CEO roundtable with over 50 electronics and phone companies.

India has set its sight on creating a $400 billion (around Rs 28.43 lakh crore) electronic manufacturing ecosystem by 2025, and notified a new policy to boost manufacturing activities.

Prasad had also instructed the ministry to set up an institutionalised mechanism in the form of a taskforce that would regularly interact with the industry, take their suggestions, and address concerns.