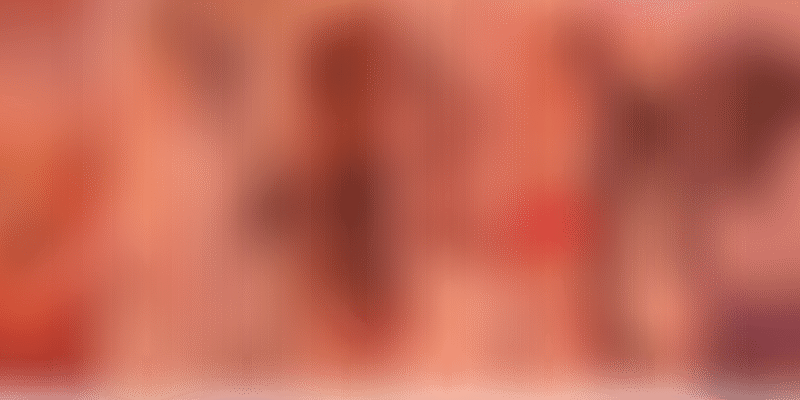 Single, married, or in a relationship, we can all do with a dose of romance in our lives. Give the flowers-and-candy routine a miss and go for a romance movie marathon instead with your loved one this Valentine’s Day.

Who says Valentine’s Day needs to be an expensive affair? The day dedicated to love does not only mean huge teddy bears, boxes of candy, long-stemmed roses, and a table-for-two at a fancy Italian restaurant.

A romantic day indoors can be just as fun and won’t break the bank in the process. A home-cooked meal, Frank Sinatra in the background, and soft lighting can set the right mood for your night.

And what can stoke the romance further is a movie marathon of some of the best films that celebrate love.

Planning a romantic holiday? Here are 5 getaways for this Valentine's Day

So, we at YourStory tell you which movies to pick for your cosy night in with your loved one. Get the popcorn going, pour some red wine, and settle in for many hours of Hollywood-made romance.

Eternal Sunshine of the Spotless Mind

Eternal Sunshine of the Spotless Mind is a sci-fi romantic film that portrays the story of two former lovers who decide to remove memories of each other from their mind, following the fallout of their two-year relationship.

Starring Academy Award winner Kate Winslet and funnyman Jim Carrey, the film traces the journey of the lovers, and whether they were meant to be at all.

An executive editor-in-chief of a New York publishing house and her assistant hatch a plan to get married when the former finds out her visa is to expire soon and she would be deported to Canada.

What started as a few days of holiday in Alaska for Ryan Reynolds’ character Andrew, turns into an amazing and somewhat comical journey of self-discovery, family reunion, and the ultimate act of falling in love. Sandra Bullock and Reynolds will take you on a bittersweet journey of their love story in this 2009 rom-com.

Personally, this movie has my heart. It begins from an old-age home where an old Allie is listening to the love story of a young couple, only to find out later that it was her own story being narrated by her love, Noah.

Starring Ryan Gosling and Rachel McAdams, the movie takes you to the late 30s-40s era, with a poor boy-meets-rich girl plot. The movie makes for a great date night watch, filled with sweet nothings, innocent and pure love, hardships, and a happy ending.

Marriage is not for everyone, and we all know that. Marriage Story, which held the spotlight on Oscar night, is an unflinching take on the institution, and leaves one with much to think about. Starring Scarlett Johansson and Adam Driver, the movie revolves around a couple who decide to go for a divorce, with as little fuss as possible.

Easier said than done, as even though Charlie and Nicole move to opposite ends of the country, the difficulties in their unsuccessful marriage still manage to surface. This compassionate portrayal of a real couple with real problems still makes for a good Valentine’s Day pick.

This 2003 film has an ensemble cast of English actors who make up 10 couples/families living in London. Starring Hugh Grant, Alan Rickman, Rowan Atkinson, Emma Thompson, Colin Firth, among others, the movie is set right before Christmas and is played out in a weekly countdown until the holiday.

With several love stories in one film whose players often overlap, the movie is an ultimate Valentine’s Day package.

Set in the western town of Notting Hill in London, this rom-com British film shows how a bookstore owner, William Thacker (Hugh Grant) falls in love with one of his patrons, Anna Scott, who happens to be a famous American movie star, played by Julia Roberts.

A simple English man and a Hollywood actor fall in love, following a dinner party at William’s house. But life and Anna’s celebrity status throw a wrench into their pursuit of happily-ever-after. Does love conquer all? If you don’t already know, we suggest you watch the movie to find out.

Break out the tissues, because this one is a major tear-jerker. Based on Cecilia Ahern‘s novel of the same name, the movie portrays an Irish man and a New York girl who get married within months of meeting each other.

Starring Gerard Butler as Gerry and Hilary Swank as Holly, the film follows grieving widow Holly as she struggles to get over her husband’s passing. Like a message from above, Gerry had left little notes for his ‘Galway Girl’ to find after his death, in order to help her cope with his demise and move on.

A story on great loves and the unbearable grief of losing your loved one, P.S. I Love You will make you appreciate your partner and their presence in your life that much more.

We have saved the best for last. The Before trilogy, comprising Before Sunrise, Before Sunset, and Before Mindnight, is a romp through the lives of Jesse, an American, and Celine, a French woman, who spent the night walking around Vienna, Austria, and getting to know each other and falling in love. The movies were released in 1995, 2004, and 2013, each movie being set nine years apart, and showcasing different parts of their lives.

Of chance encounters and serendipity, of finding your love on a train from Budapest, and of all the many, many meaningful conversations that follow. A set of movies taking an unparalleled look at love.